LWF General Secretary Rev. Dr. Anne Burghardt has been awarded the title of Doctor of Theology (Dr. theol.) after completing her doctoral studies in 2022, marking the conclusion of many years of research into Orthodox theology and liturgy. 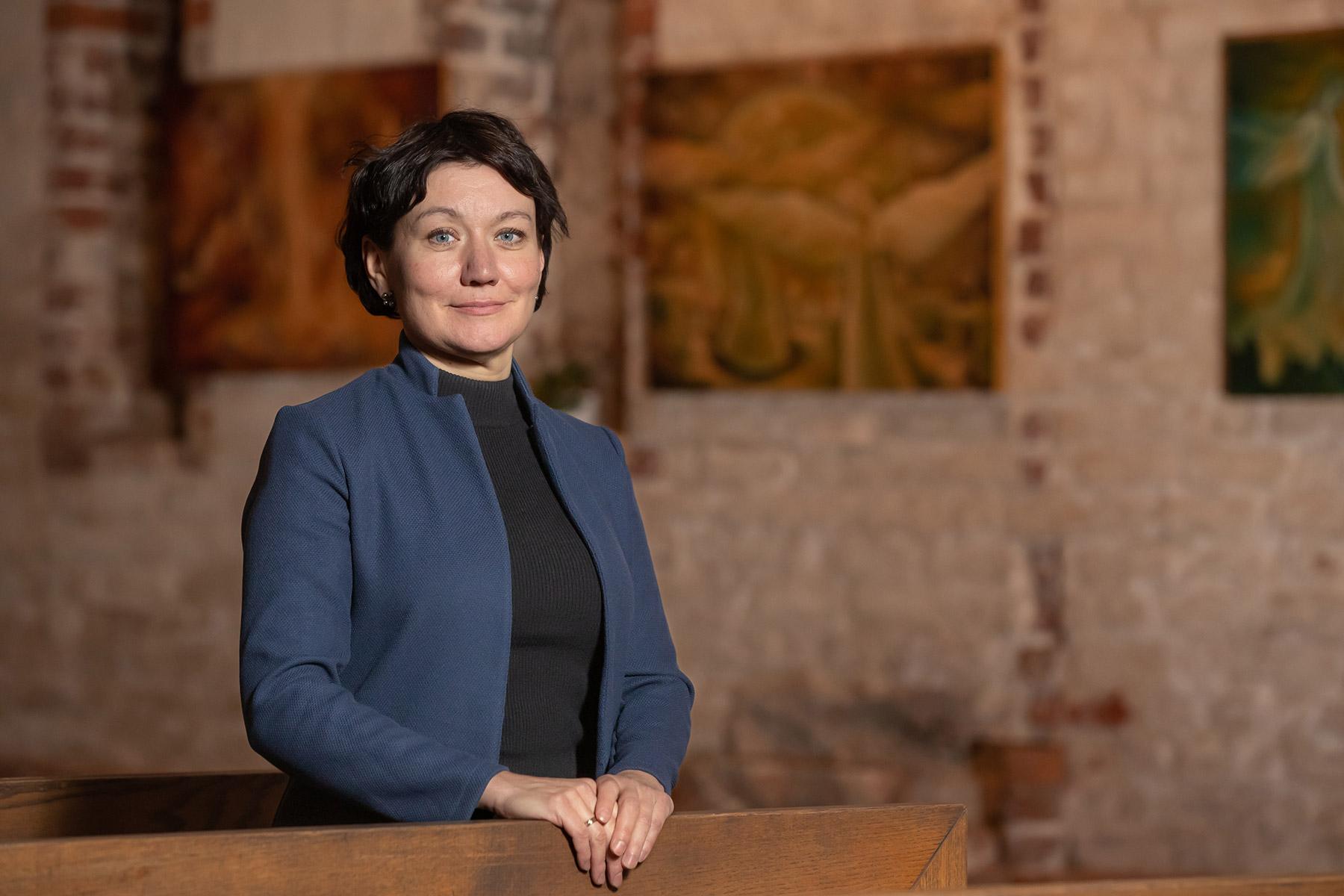 She completed her PhD studies in October last year, “almost on the eve of Reformation Day,” at the Friedrich-Alexander-Universität Erlangen-Nürnberg. Burghardt submitted her thesis in July 2021, a few months before taking up the role as General Secretary of the LWF. “This marked the end of many years of research, which have shaped me as an ecumenical theologian and equipped me well for my current work for the global Lutheran communion,” she added.

Before taking up her role as LWF general secretary in 2021, Burghardt served as advisor on international and ecumenical relations for the Estonian Evangelical Lutheran Church, as well as head of development for the Institute of Theology in Tallinn. She previously worked from 2013 to 2018 as LWF’s Study Secretary for Ecumenical Relations, focusing on dialogue with Anglicans and Mennonites as well as with Orthodox and Pentecostal Christians.

It is often the case that by getting to know another, we also get to know ourselves better.

The LWF leader first became interested in the study of Orthodox theology during her undergraduate years at the University of Tartu. From time to time, she and her course mates visited the Pühtitsa convent in Eastern Estonia, the largest Orthodox community in the Baltic States, staying in a guest house and attending the liturgies there. From that practical experience, she developed an academic interest, discovering that “by getting to know another, we also get to know ourselves better.”

In early research, she dealt with questions related to Orthodox theology, such as the Trinitarian teaching of Vladimir Lossky and Alexander Schmemann’s concept of eucharistic ecclesiology. She began her doctoral studies at the theology faculty of the University of Erlangen-Nuremberg in Bavaria, a well-known center for Lutheran studies but also renowned for its Chair of Eastern Orthodox Christianity. The university houses a large part of the library collection from the former Holy Synod of the Russian Orthodox Church which it acquired after World War II. “I had access to publications, some of which are probably no longer available, even in Russia,” Burghardt notes.

Her doctoral thesis focused on the interpretation and historical research of the all-night vigil and the Liturgy of the Hours in the Russian Orthodox tradition from the 17th until the 20th century. It will be published later this year by LIT Verlag in Germany.