Nigeria: People of Faith Affirming the Sanctity of Life amid Challenges 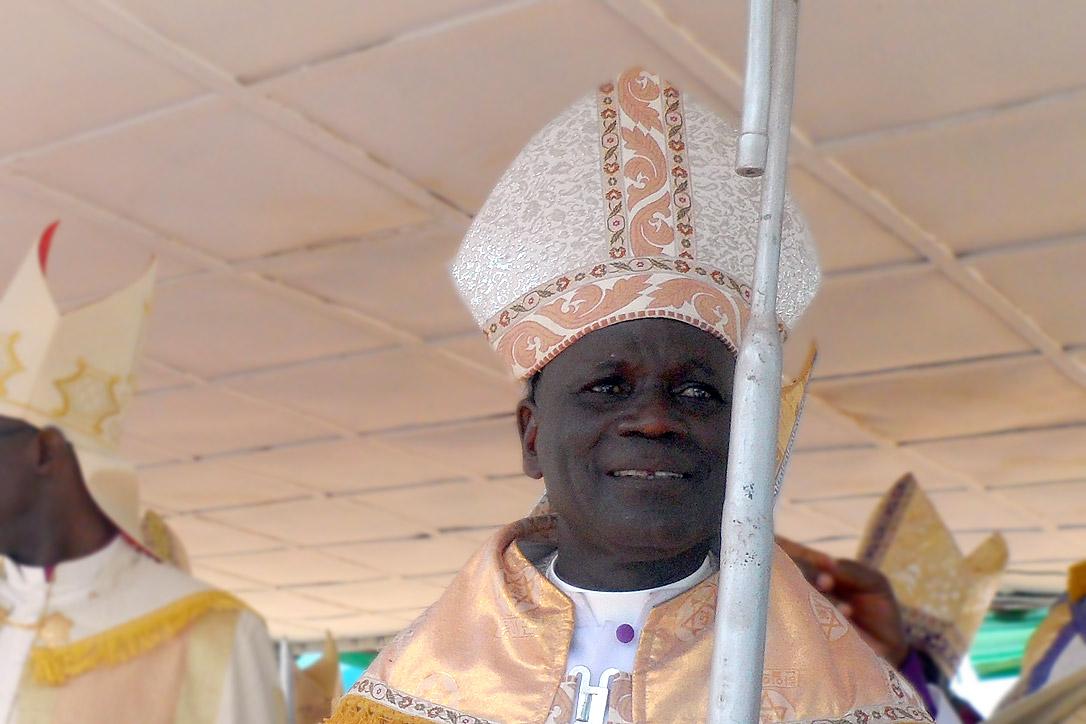 (LWI) - The Lutheran Church of Christ in Nigeria (LCCN) held its Annual Convention, 19-23 February 2014 in Demsa, Adamawa State, in the northeastern part of the country. LCCN Archbishop Dr Nemuel A. Babba talked with Lutheran World Information (LWI) about the “largest-ever gathering” in the church’s history; standing “firm as Christians”; and the church’s responsibility in enhancing peace and reconciliation in “a worrisome context.”

Please explain the theme chosen for the 2014 Annual Convention?

“Today, if you hear his voice, do not harden your hearts (Heb 4: 7),” was the theme for this year’s meeting. The Convention is an annual, open LCCN gathering, to which all Lutheran members, other Christians and the general public are openly warmly welcome.

We [LCCN leadership] chose this theme to remind ourselves that God is calling us now and today to reaffirm our faith as Christians against all odds. This is particularly important in northeastern Nigeria where we Christians especially live in fear, in a worrisome context because of the continuing deadly attacks by the Boko Haram militant group on entire villages, mainly targeting churches and Christian institutions of education, but also mosques, military and public places—all in the name of religion. The church is being persecuted.

In your opening address, you said this was the largest-ever gathering in LCCN’s history. How many people attended, and why such a huge turnout?

Firstly, in view of security, we worked with the administration to ensure all the necessary measures to secure all those entering the convention grounds, an area of around one square kilometer. By the end of the convention on Sunday [23 February], we had recorded a total attendance of around 1 million people. This is way beyond the number at the 100th anniversary celebrations in October 2013.

The convention includes official speeches, sermons, Bible study groups, choirs and many other performances, bazaars at which congregations raise funds by trading various goods, and so forth.

But it is fundamentally an opportunity for LCCN members to reaffirm their faith and seek spiritual renewal, express solidarity with one another and community at large, and simply get to know each other. I felt a lot of encouragement from the huge turnout and enthusiastic participation this year. In a context where people are becoming increasingly afraid of even attending Sunday worship, this event showed that we are growing in our faith, and we want to stand firm as Christians despite the challenges we face.

Which were the major outcomes from this year’s convention?

Support and solidarity: The huge attendance showed that LCCN members support their church and its work, and they stand in solidarity especially during these challenging times. There was deep appreciation for the solidarity messages from around the world including from Rev. Martin Junge, General Secretary of The Lutheran World Federation (LWF) and LWF member churches; from our ecumenical and religious partners in West Africa and in Nigeria, as well as government representatives.

Peace Building: We affirmed that peace building throughout Nigeria is an urgent task of the church in which we must be involved. And, we felt strengthened by Christ’s assurance: “My peace I give to you [...] not as the world gives. Do not let your hearts be troubled, […] and do not be afraid (Jn 14:27).”

Sustainability: We affirmed that the LCCN belongs to its members and they must sustain it. One cannot continue to be child after 100 years of existence. At one of the bazaars we raised some 20 million Naira (over USD 121,200), one diocese collected 3.9 million Naira (USD 23,620), and we received local pledges to develop the convention grounds into a more conducive meeting place, among other commitments. Nigeria is a rich country, and we need to pull together our resources to strengthen our educational and agricultural institutions, and create more opportunities for our youth and women.

Our core ministry is spreading the Gospel of Jesus Christ, and affirming life in its fullness in all the communities we serve. Our evangelism work received huge support, including a planned visit that I will lead to the northwestern state of Zamfara near Niger, where we already have 40 preaching points, a Bible school and primary school in Gulbin Boka town.

Why is peace building an urgent task for the LCCN?

Peace building is as urgent today as it was in the 1980s and other periods when the country experienced violence that used the name of religion to persecute Christians and Muslims alike. However, the perpetrators of violence associated with the Boko Haram group have infiltrated our communities, and they are armed with sophisticated arms.

When a brother can stand up and kill a brother, this is not religion. It is therefore the collective responsibility of every Nigerian to denounce these individuals and the people supporting them; the government needs our support.

As faith leaders, we will continue to appeal to these groups to come and dialogue about what they want instead of using arms. We will preach and advocate peace, as violence only leads to destruction.

How can the global Lutheran and ecumenical community support your ministry particularly in peace building?

Continue to pray for us: this is my message to the LWF, and to our brothers and sisters in the global church. Also, speak out loudly to your governments and the international community, asking them to intervene to stop these senseless killings. We want to hear the Christian voice encouraging us, supporting us and pleading on our behalf, and affirming the sanctity of life.

[The LCCN was established in 1913. An LWF member church since 1961, it currently has 2.2 million members in 2,400 congregations throughout Nigeria. Its eight dioceses are each headed by a bishop, and Archbishop Babba leads the national church.]