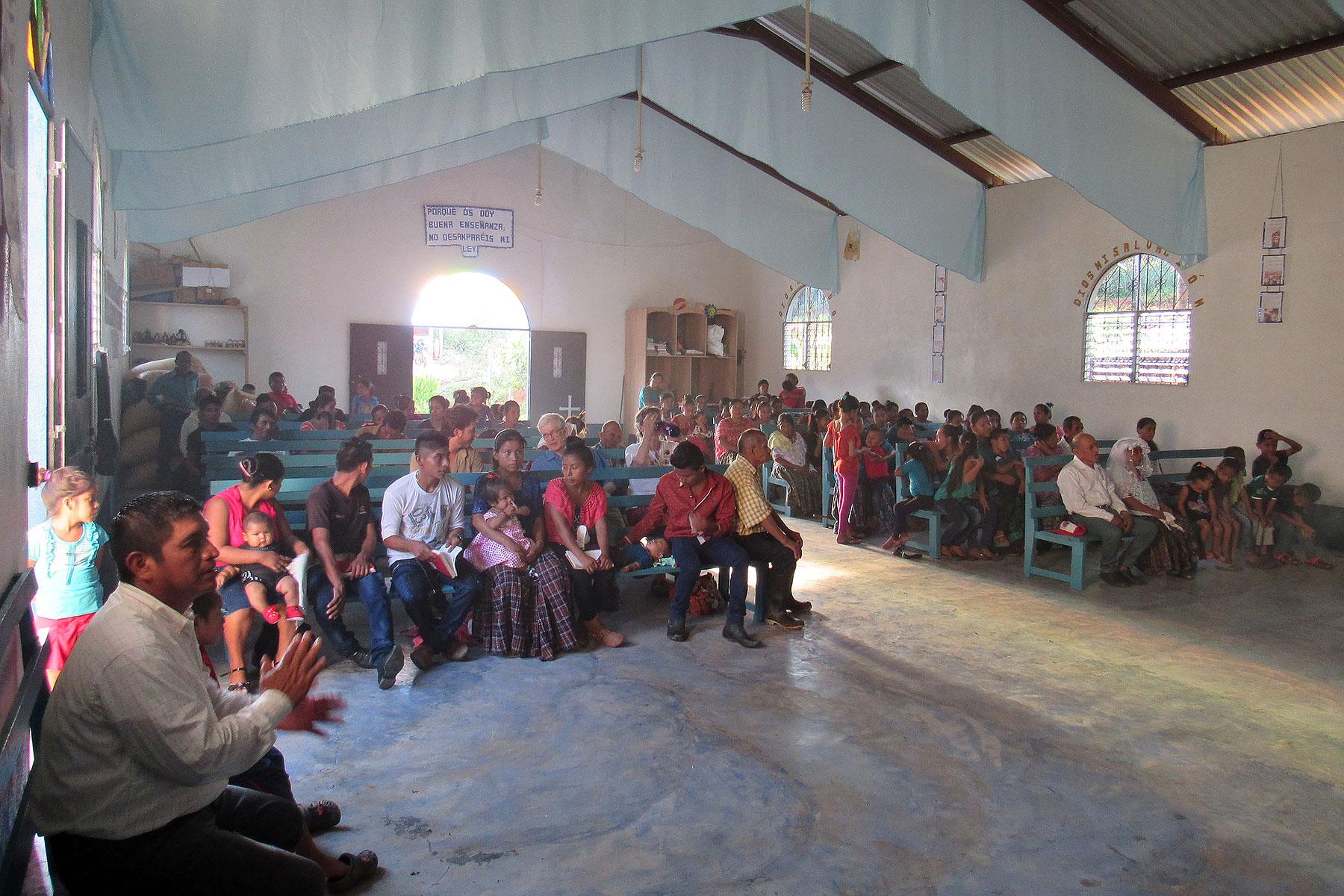 A worship service in a congregation of the Augustinian Lutheran Church of Guatemala. Photo: ILAG

(LWI) - As a small church comprising predominantly indigenous people, the Augustinian Lutheran Church of Guatemala (ILAG) values its focus on education, peace and justice, because these are relevant issues for many marginalized groups in the country. It is a simple but solid foundational basis for the church’s ministry, says ILAG president Rev. Karen Castillo Echeverría.

“Education liberates people. Our ministry is based on education. When people learn about their human rights, the Bible, God and his grace, they change. People grow first to know God as mercy and not as a God who punishes people,” she explains.

“We enjoy sharing God’s good news, sharing a God of peace, love and mercy in a country that by tradition has a God of punishment and revenge,” says Castillo. “We show there is a God who is within us not in heaven, a God of peace and justice.”

Most of ILAG’s 18 congregations are made up of Kekchi ethnic people or other ethnic groups, or are people who returned to Guatemala after the 36-year civil war. When the war ended in 1996, the Lutheran church accompanied returnees to places assigned by the government. In 1998, mission work began in La Esmeralda Dolores, in Petén, with 14 other churches emerging soon after.

In addition to cultural and linguistic differences, the challenge of integrating those who had fled the civil war compounds ILAG’s work. For example, those who sought refuge in Mexico largely lost their Guatemalan identity, and upon return home, they were not taught how to survive. “Guatemala lived in conflict for 36 years before peace accords were signed. Was that the end? No, it wasn’t. Peace needs to be built, nobody taught us how to live in peace,” Castillo adds.

At its 2018 meeting, the LWF Council accepted the church as a new member of the global communion, which brings with it recognition of its status as a Lutheran church, Castillo recalls.

At 3,000 members, ILAG is a small church in a country of 17 million, making it difficult to be visible. “Plus, we have no resources and our people are not well educated. Adding our work with indigenous people, adding our work for women, it’s like digging a deep hole.”

“To be part of something bigger reinforces our Lutheran identity, especially in indigenous communities that are far away. It acknowledges the service of the church in God's mission for over 29 years and gives the church presence and greater credibility before the government and the rest of society.”

To be part of something bigger reinforces our Lutheran identity, especially in indigenous communities that are far away. It acknowledges the service of the church in God's mission for over 29 years and gives the church presence and greater credibility before the government and the rest of society.

The church has had to defend itself against accusations from other denominations that the Lutheran church simply does not exist because Lutheranism is not well-known in Guatemala. Lack of recognition is compounded by the fact that the church president is a woman. Female pastors are uncommon in Guatemala.

“Now our presence is visible in a society where people who are any mix of indigenous, poor, uneducated and marginalized are invisible. Our position about it is to be kind, not fight back, just show love and be kind.”

ILAG began its pastoral and social work with people living in marginal suburbs of Guatemala City. A strong focus on education runs through all its ministries.

“We enjoy teaching. Through communicating and facilitating, people can discover they can reach God by themselves, that they are worthy,” Castillo says.

In 1993 the church founded a primary school in the city’s La Isla neighborhood. Three years later, it opened a second school in El Mirador Boca del Monte for children aged four to 15.

Other major areas of ministry are leadership development, work with women, primary health promotion and volunteer health workers, Sunday school and elementary school, musical training and developing relationships with synods and individual churches. At the church’s Milagro center, young indigenous women learn skills to ensure they can be self-sufficient and not need to marry young. 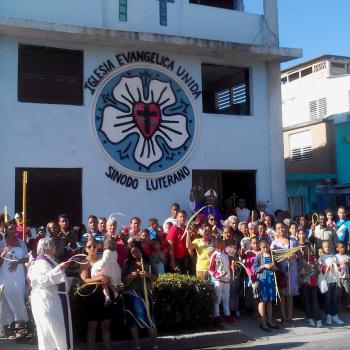 Read more
“Being part of the Lutheran communion allows us to give and receive in every way. We can learn from others and at the same time can offer the gifts the Holy Spirit gave us,” says Bishop Ismael Laborde Figueras, United Evangelical Church in Cuba Lutheran Synod 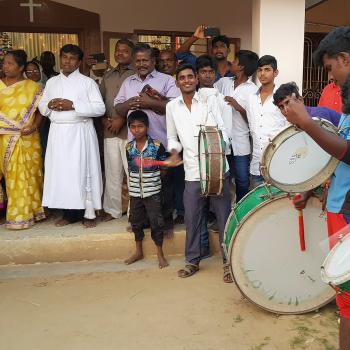 Read more
One of the newest members of the Lutheran World Federation sees the potential in people struggling in poverty, drug addicts, the unemployed, and has pragmatic solutions to overcome discrimination and poverty. 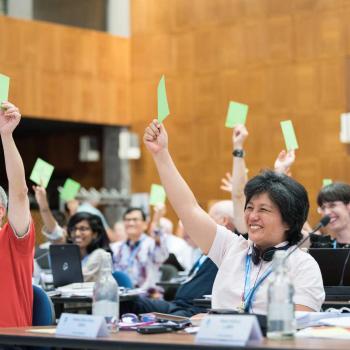 Read more
The LWF Council has voted to welcome with joy three new member churches to the LWF. They are the Christ Lutheran Church, in India, the Evangelical United Church – Lutheran Synod, of Cuba, and the Augustinian Lutheran Church of Guatemala. This brings the number of member churches to 148 and the countries to 99.
LWF/OCS
Themes:
Communion Churches Justice Gender
Program:
Governance Women doing Theology / Women in the ordained Ministry Leadership and Institutional Development Inclusive Communion Action for Justice
...
[Department for Mission and Development]
Country:
Guatemala
Region:
Latin America and the Caribbean
Series:
Council Council 2018

The LWF Strategy in Bahasa Indonesia and Swahili
news