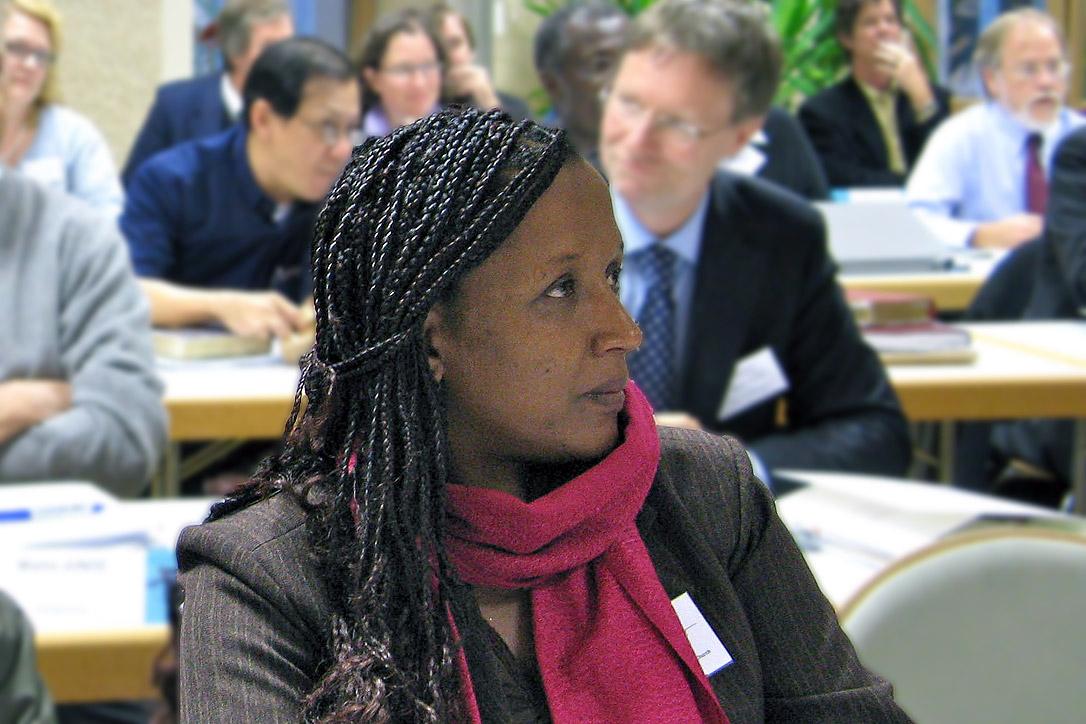 “Ministry of oversight and unity”

(LWI) – Rev. Veikko Munyika has been consecrated as bishop of the Western Diocese in the Evangelical Lutheran Church in Namibia (ELCIN). Munyika had been elected by the ELCIN synod in November. The consecration took place on 26 February in Windhoek.

On behalf of The Lutheran World Federation (LWF), General Secretary Rev. Martin Junge congratulated Munyika, sending “good wishes for the ministry of oversight and unity that you are taking on.” In his greeting, conveyed by retired Bishop Dr Zephania Kameeta of the Evangelical Lutheran Church in the Republic of Namibia, Junge especially emphasized the calling “into cities, fields, villages, roads and even the most difficult places of human existence”.

Munyika was the coordinator of the LWF HIV and AIDS desk at the Department for Mission and Development (DMD) between 2008 and 2012. Prior to joining the LWF he served as general secretary of the ecumenical Churches United Against HIV and AIDS in Eastern and Southern Africa (CUAHA) network, coordinating church response to the AIDS pandemic in 13 African countries. He also helped establish an AIDS action plan for his church, the Evangelical Lutheran Church in Namibia (ELCIN).

“As a communion of churches, we appreciate the ways in which you helped so many churches to understand this commitment as one belonging to the very essence of being the church,” Junge added, encouraging Munyika to continue this ministry and to be inspired by it while assuming the bishop’s office.

The ceremony was attended by church representatives and government officials. In his sermon, Munyika called Namibians to work hard in order to overcome the effects of the country’s current drought. Namibia is currently suffering from the effects of the worst drought in over 25 years. Even though there has been rain at the beginning of this year, vulnerable rural communities are still relying on international food aid until the harvest, which is expected in May. The Lutheran World Federation and ACT Alliance are assisting Lutheran churches in Namibia in their response to the drought.