Motivation and renewal inspired by the Reformation Anniversary 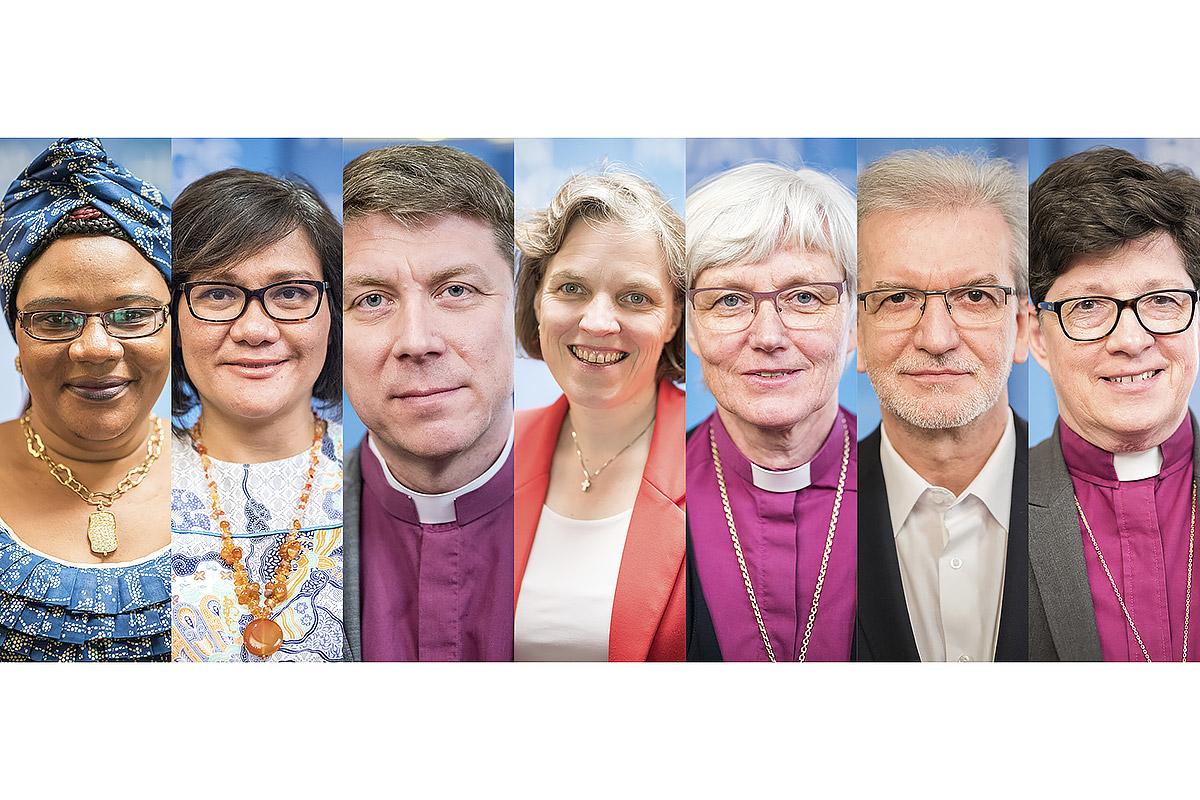 LWF vice-presidents look back at the Reformation Anniversary

(LWI) - The Reformation is ongoing. Commemorating the 500th anniversary of the Reformation has made an impact on LWF member churches. Across the communion, they marked the occasion with diversity and colour, reflecting the flavour of the communion and church life in each region. Through church services, festivals, concerts, exhibitions, apps, media coverage and commemoration services with ecumenical partners, Lutherans told the story of the Reformation and life of the churches in creative and inspiring fashion.

In interviews with the Lutheran World Information, the seven vice-presidents of the LWF, reflected on the events of the anniversary year and the commitment to ongoing reformation.

Trees and the spirit of reformation

In Estonia, the planting of 500 apple trees “means we can't close church and church life inside the walls but we need to be, as a church, where people are,” Archbishop Urmas Viilma, of the Estonian Evangelical Lutheran Church, and vice president of Central Eastern Europe says.

Tree planting was an analogy for the spirit of the Reformation in Indonesia, says Asia vice president Desri Maria Sumbayak, of The Indonesian Christian Church. Starting from a small seed, with nurture and care, the tree eventually bears fruit. “It means we need to keep the spirits of reformation alive, in ourselves, in our churches, and also in Asia.”

The real gift of the gospel is that we are set free for the sake of serving the neighbor.

In North America many commemoration events were intentionally ecumenical and carried out in conjunction with Roman Catholic brothers and sisters. “The real gift of the gospel,” says Presiding Bishop Elizabeth A. Eaton, vice president of the North America region, and of the Evangelical Lutheran Church in America, “is that we are set free for the sake of serving the neighbor.”

All can make a difference

In Cameroon, ten churches came together in a ceremony witnessed by the Muslims among whom Lutherans live. “I’m amazed by how they [the churches] have the will to involve all social classes, women, youth,” says Africa vice president Rev. Dr Jeannette Ada Epse Maina, of Evangelical Lutheran Church of Cameroon. “Because with this in mind, we can further the Reformation, knowing that all human beings can make a difference through who they are and what they do.” Nordic Countries’ vice president, Archbishop Antje Jackelén, of the Church of Sweden, takes a similar approach. “We need to think … of not renewing ourselves but being in need of being renewed.”

It is crucial churches in Latin America and the Caribbean feel they belong to a communion of churches, of communities,” says Rev. Dr Nestor Friedrich, vice president of the region and president of the Evangelical Church of the Lutheran Confession in Brazil. “Knowing we belong to a greater body with a common agenda, that we have common principles, strengthens us as people, as communities, as churches. This is the great benefit of belonging to the Lutheran World Federation.”

LWF Vice-President for the Asia region

LWF Vice-President for the Africa region

LWF Vice-President for the Latin America and the Caribbean region

Evangelical Church of the Lutheran Confession in Brazil