María Ruth Sanabria: 40 years of taking risks to defend the rights of others 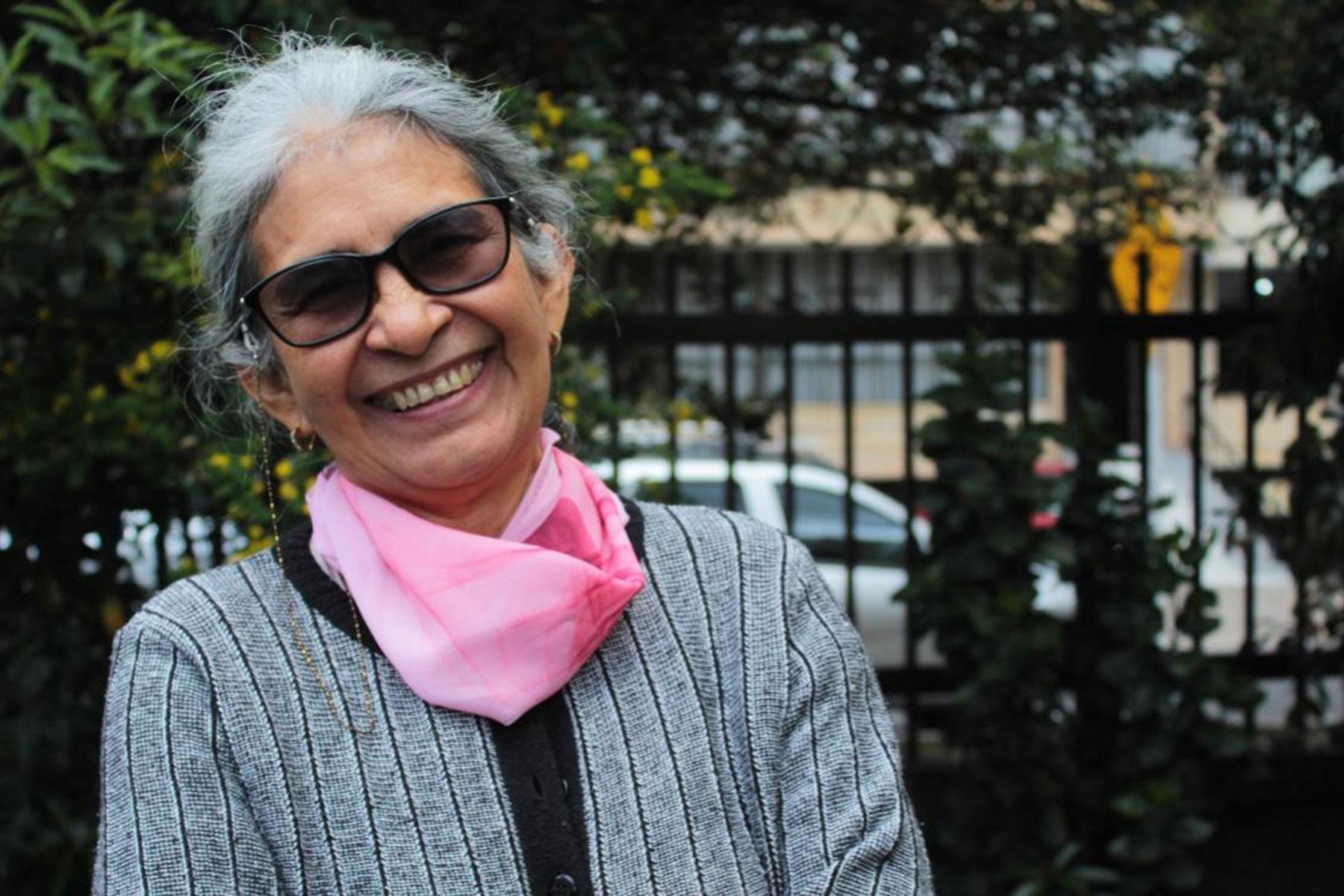 (LWI) - Despite continued threats on her life, María Ruth Sanabria remains undeterred in the struggle for the rights of marginalized people. This includes a project called “Towards the territorialization of peace through women’s bodies, voices and words,” supported by The Lutheran World Federation (LWF) and the Evangelical Lutheran Church of America.

Ever since she was young, Sanabria always felt drawn to dealing with “the pain of others,” and describes this characteristic as the essence of a true human rights’ advocate. Looking back at more than 40 years of advocacy work, she remembers the people who lost their lives because of their work as human rights defenders, a task that is becoming increasingly dangerous in Colombia.

Sanabria is gravely concerned about the prevailing discrimination and attacks against human rights’ defenders in her country. She has been the target of attempts against her life. And, she is not the only one. According to the Piedra en el Zapato [A pebble in your shoe] report published by the organization Somos Defensores [We Are Advocates] in 2017, there were more than 500 attacks against human rights’ defenders, leading to 106 murders, 370 threats, 23 arbitrary detentions, nine case of legal prosecution and two instances of theft of sensitive information.

She was aged only 17, when she first became involved in the peasants’ struggle for land rights in San Alberto, a small village in the northern department of Cesar. She later became acquainted with the Indupalma’s Union of palm tree workers, many of who were persecuted and killed during the 1984 economic liberalization crisis, and the subsequent paramilitary attacks.

Following the murder of her husband, a peasant leader, in the early 1990s, and a series of threats against her, Sanabria fled San Alberto in 1994, and sought refuge in Arauquita town in the northeastern department of Arauca. She recalls arriving there with her four children, four boxes and 10,000 Colombian pesos (USD 3).

Fleeing meant she not only had to leave behind a major part of her life, but she also had to gain recognition as a woman leader and advocate in an unfamiliar environment. Gradually, she began to participate in political fora via the Unión Patriótica party, which saw 3,500 of its members murdered during the second half of the 1990s.

In 2001, she met Armando, her partner, who is also a human rights advocate. Together, they formed the Arauquita’s section of the Permanent Committee for the Defence of Human Rights - Arauca Chapter (CPDH). The threats from armed groups resumed, and there were new attempts against her life again, which forced her to seek refuge in Argentina in September 2006. She returned in 2007 only to witness the vicious attacks that paramilitary forces meted on peasant leaders and human rights advocates.

Her contact with the LWF started with a meeting involving its office in Colombia, CPDH and the Arauca Peasant Association (ACA), where joint work was initiated. The strong bond of trust that was established then is still going strong.

Thanks to the LWF, “the CPDH was able to open its first offices in Arauquita and Fortul, although the latter was dismantled after the conflict took a turn for the worse,” she says. The office also acted as a center for workshops, which previously had been held under trees, in slums, and in the streets.

Sanabria is grateful for the LWF’s strong support toward the training of CPDH members, setting up an organizational process for human rights activists, reconciliation processes with other organizations, and enhancing institutional collaboration around similar objectives.

The people from the Lutheran World Federation have always been there for us through the toughest of times.

“The people from the Lutheran World Federation have always been there for us through the toughest of times,” Sanabria concludes.

In September 2016, the Colombian government and the Revolutionary Armed Forces of Colombia signed a peace agreement to end more than 50 years of civil war. It was the same year that Sanabria received the National Award for Human Rights Advocacy in Colombia, awarded by the faith-based Swedish development organization Diakonia, with support from the Swedish Government and Church of Sweden.

Through its Colombia country program, LWF works with the local communities to promote human rights, long-term sustainable development and humanitarian response to disaster.