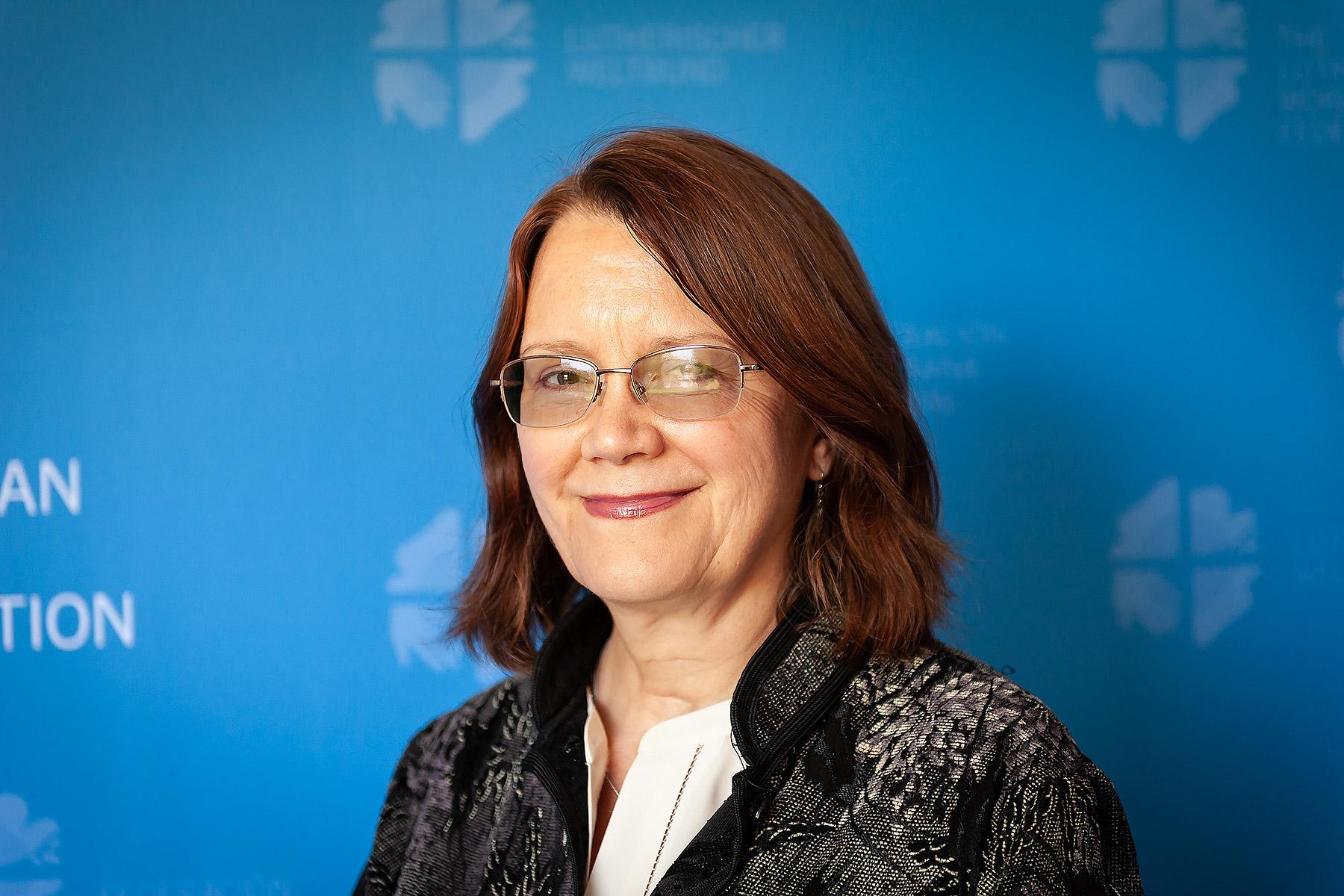 (LWI) - This year’s global campaign to end violence against women and girls is an opportunity for the Lutheran communion “to renew and reaffirm our deep commitments toward ending sexual and gender-based violence (SGBV) and promoting empowerment from a human rights perspective,” says Rev. Judith VanOsdol, program executive for Gender Justice and Women's Empowerment at The Lutheran World Federation (LWF).

“Walk our Talk,” LWF’s theme for the 16 Days of Activism Against Gender-Based Violence is an invitation to ask, “Where are we with these commitments?” VanOsdol says. She refers to the decades of Assembly and Council resolutions, publications, training workshops, liturgical resources and other material, which will be featured during this period for use by LWF member churches and country programs.

The 16-days campaign begins on 25 November, the International Day for the Elimination of Violence Against Women and ends on 10 December, Human Rights Day.

VanOsdol, who assumed her position in the LWF in September, says training, awareness raising, activism and other forms of advocacy that the Lutheran communion engages in “are not meant to check off a box.” These are “important processes for healthy, vibrant, growing churches, workplaces, country programs and individuals,” she adds.

Training, awareness, activism and other forms of advocacy that the Lutheran communion engages in “are not meant to check off a box.” These are important processes for healthy, vibrant, growing churches, workplaces, country programs and individuals.

Referring to her previous work with survivors of violence both in the United States and Latin America, the LWF program executive recalls situations whereby training, understanding and institutional will to end violence were often lacking, “and thus we lived through some very destructive consequences.”

VanOsdol believes “walking the LWF’s talk of commitments and actions is about consistently making accessible to our constituency and others the tools we have developed together to help end violence against women and girls.”

She elaborates her understanding of gender justice, the approach which anchors LWF’s work on the empowerment of women and girls in both church and society. Gender justice “recognizes that there is gender injustice in the world, and intentionally invites and involves both men and women to actively engage to overcome it. The injustice manifested in economic, political, religious, health, human rights, and many other realms, results in power imbalances, violence, marginalization, oppression and many other forms, she adds.

Definition of the human community

Gender justice, VanOsdol continues, is also part of Lutheran theological and biblical understanding that in baptism, people become part of a new community where the patriarchal paradigms of power and divisions no longer define the human community.

“For me, gender justice is deeply about God’s call to live out our baptismal vocation within the beloved community. Christ’s declaration ‘that all may have life, and have it abundantly,’ (John 10) calls us to work against forces that prevent people from living an abundant life.”

She also reflects on the re-ordering of relationships portrayed by Jesus, saying he overturned all systems of unjust power, including patriarchal. “Jesus debated theology with women, had women disciples, followers, proclaimers and apostles.”

While gender issues had been on VanOsdol’s radar long before she entered seminary in the US, she credits much of her learning and human rights praxis to her work in Latin America. “Working in the area of gender justice for years in the Global South marked and shaped my theology and perspective very deeply. I am profoundly grateful for those years and many patient teachers, friends, colleagues, parishioners, etc., who walked along on that journey and am very excited to bring this perspective to bear in our work together in the Lutheran communion.

Prior to joining the LWF, VanOsdol served as Women’s Secretary and parish pastor for the United Evangelical Lutheran Church in Argentina and Uruguay, and director of the Gender Justice and Women’s desk at the Latin American Council of Churches.

Ordained in 1987 in the Lutheran Church in America, a predecessor body of the Evangelical Lutheran Church in America (ELCA), she also worked as Mission Director and Assistant to the Bishops of ELCA’s Upstate New York and Rocky Mountain Synods. VanOsdol studied linguistics at Cornell University, and earned her Masters of Divinity at Lutheran Theological Seminary at Philadelphia, USA.

16 Days of Activism Against Gender Based Violence

Women in Church and Society

Department for Theology and Public Witness