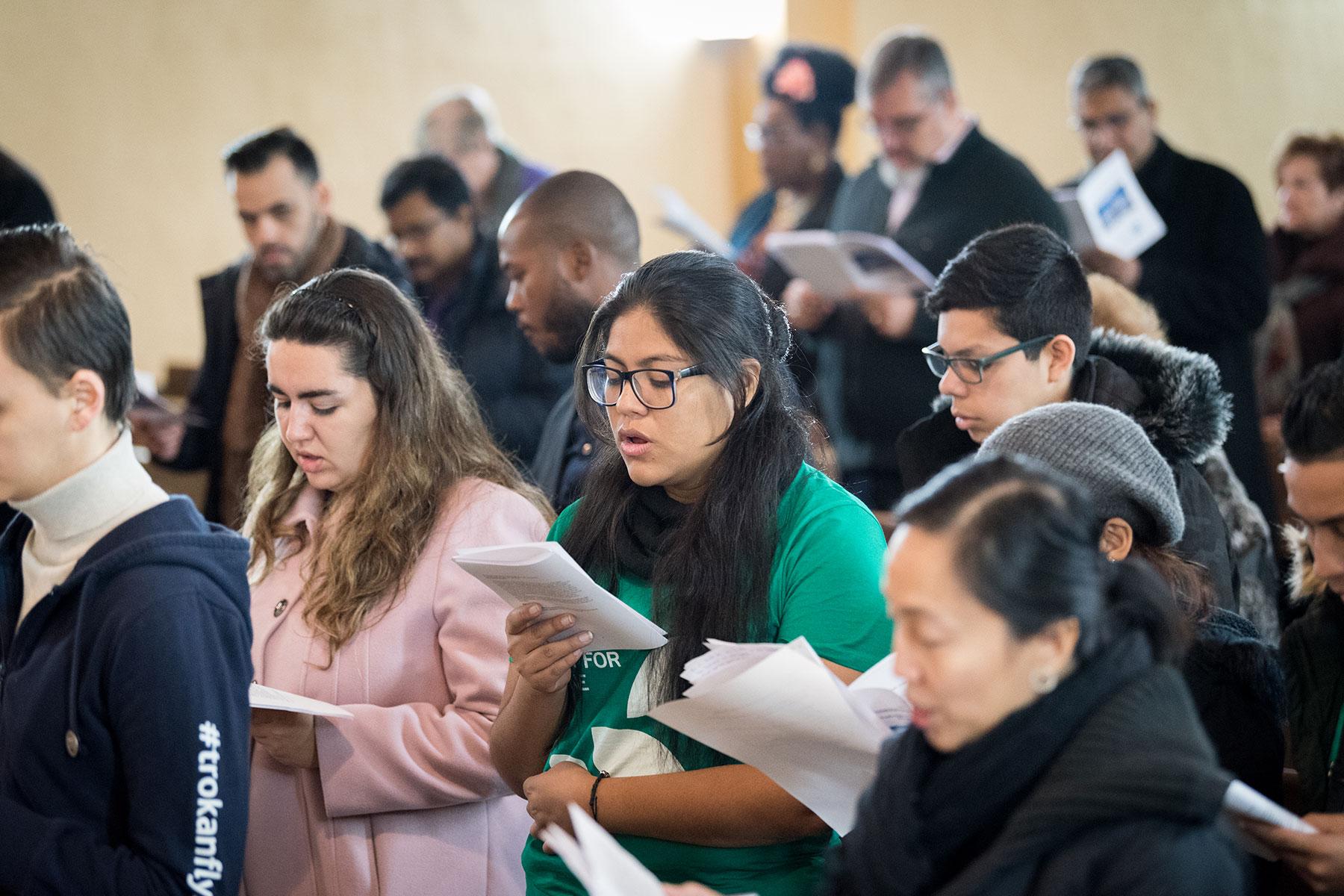 (LWI) The Lutheran World Federation (LWF) marked Reformation Day, 31 October, with an online service led by members of its Global Young Reformers Network (GYRN). The theme of the service was “A Green Reformation,” and it celebrated “the way that our shared Lutheran tradition is expressed in a diversity of nations, cultures, and ecologies where we are rooted.”

“As we stand between the Season of Creation and our presence at COP26 in Glasgow, this moment is calling us to this ‘green reformation’,” said Renato Valenga from the Evangelical Church of the Lutheran Confession in Brazil. “Our diversity reflects the many ways in which we are called, gathered and enlightened by the Holy Spirit, who renews the face of the Earth, and equips us to participate in the re-formation of the whole inhabited Earth.”

At the heart of the service were three reflections on different aspects of creation care.

Jeebita Moshahari from Northern Evangelical Lutheran Church, India, reflected on restoring biodiversity. The biblical creation account in Genesis showed that God created the Heavens and the Earth; and those who live in it in all their diversity. “They all are very beautiful and a piece of art,” she said. Humankind was created “in the image of God” and given a particular task to care for this diversity.

Humanity’s task is to till and keep God’s Earth, said Veronica Palsson from the Church of Sweden. Therefore, the texts in Genesis should not be read as giving license for unsustainable exploitation of natural resources but as a call and vocation to care for all creation.

God’s call for a jubilee and fair economic and agricultural practices are a source of inspiration even today, said Savanna Sullivan, LWF’s Program Executive for Youth, in a reflection on a just economy of life, based on a text from Leviticus.

A special feature of the service was songs by Lutheran youth from Mexico, Brazil, and a new song called “Shape the World” composed and performed by Josephine Matthias from the Lutheran Church of Australia.

The service concluded with a blessing of the 32 young people representing the LWF at the UN climate conference COP26 in Glasgow, Scotland.