The LWF Strategy in Bahasa Indonesia and Swahili 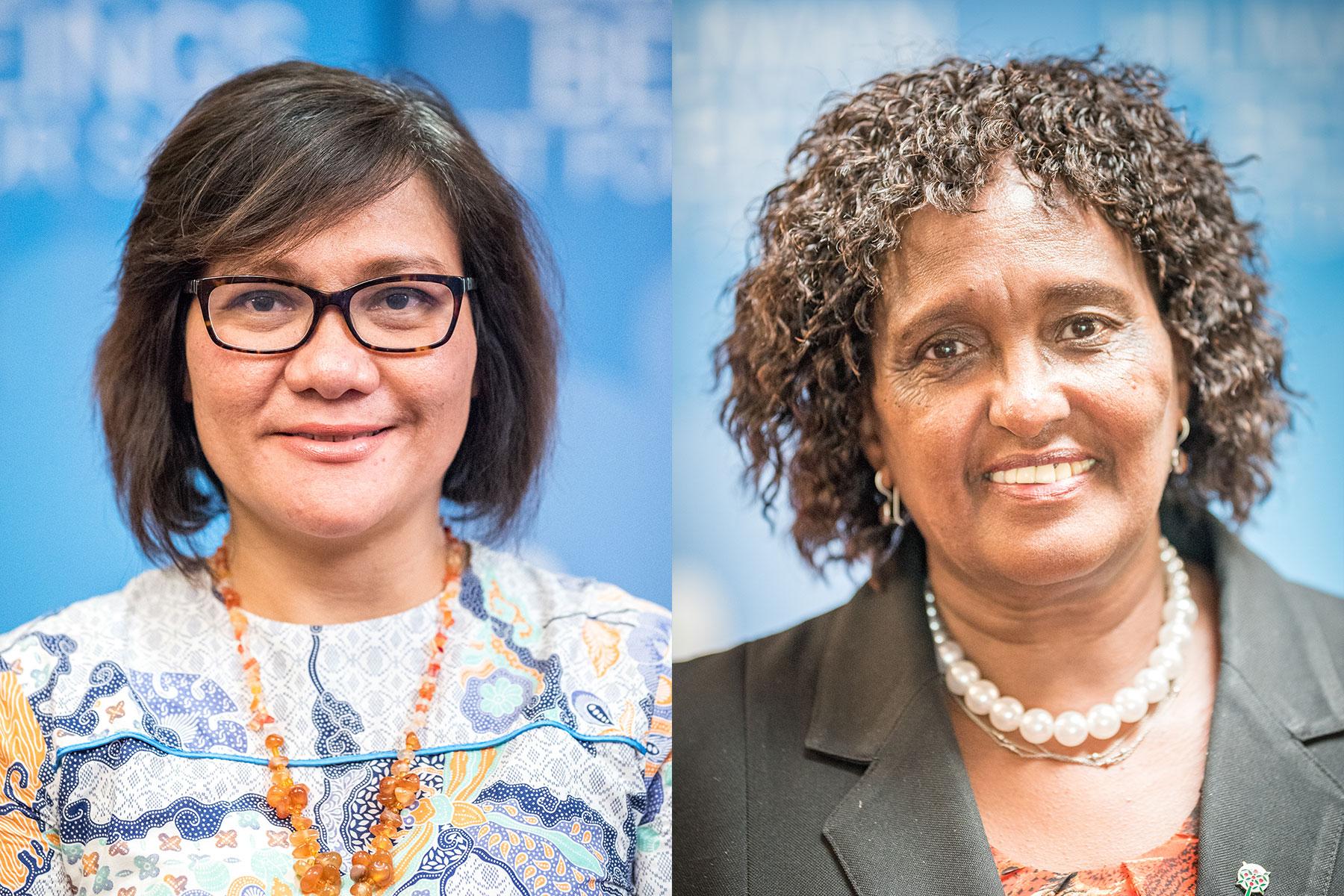 A bridge between global goals and local contexts

(LWI) – The Lutheran World Federation (LWF) Strategy 2019-2024 is now available in Bahasa Indonesia and Swahili languages, thanks to translation coordinated by the LWF National Committee in Indonesia and the Evangelical Lutheran Church in Tanzania (ELCT) respectively.

Two LWF governance and member church representatives in both language zones say translating the strategy from the official languages into other popular languages affirms ownership of the strategic priorities of the communion and makes the document accessible to other interested churches.

While the new LWF strategy actually reflects our own situation, when it is written in English, there is still a gap in understanding and implementing it. […] Bahasa Indonesia is like a bridge between the global goals and the unique local context.

“While the new LWF strategy actually reflects our own situation, when it is written in English, there is still a gap in understanding and implementing it,” says Desri Maria Sumbayak, LWF Vice-President for the Asian region. “Bahasa Indonesia is like a bridge between the global goals and the unique local context,” she adds.

Sumbayak, a member of The Indonesian Christian Church, thanks the LWF National Committee in Indonesia for translating the strategy. She says it will now be accessible to not only the 13 LWF member churches and their 6 million members in the country but also to Malay-speaking churches in neighboring Malaysia.

LWF Council member LoeRose Mbise from the ELCT says “news of translation of the LWF Strategy into Swahili has been received with great joy in Tanzania” as this is the official language of the 7.6 million members of the church and millions more in East Africa and beyond. “Reading it in Swahili helps to promote ownership of what the LWF is about at the congregation level,” she says of the document that was translated through the ELCT.

Reading [the LWF strategy] in Swahili helps to promote ownership of what the LWF is about at the congregation level.

Approved by the LWF Council in July 2018, the new strategy was developed through a consultative process involving the member churches themselves. General Secretary Rev. Dr Martin Junge continues to encourage more churches to make LWF’s strategic priorities accessible to their members. “We have been insisting on the understanding of the Reformation as a global citizen. Today I am grateful for the work that has been put into giving further expression to this self-understanding of the LWF. We eventually have the strategy of the LWF in Bahasa Indonesia and Swahili, languages that reach millions of Lutherans,” he says.

Mbise and Sumbayak refer to other LWF documents such as Churches Say ‘No’ to Violence against Women, the LWF Gender Justice Policy and the Church in the Public Space that have been translated into Swahili, Bahasa Indonesia and other languages. The availability and accessibility of these materials in the local language has helped churches to “break the silence” on issues such as domestic violence and human trafficking, and to articulate a prophetic voice for ordinary people subjected to political and social-economic injustices, they add.

The LWF Council members say communion-wide documents such as the strategy give churches the tools to express and explore how they can build and strengthen their vibrant witness and share God’s love in unique geographical and political contexts. Both the ELCT and Indonesian churches will use national and parish level conferences and workshops to introduce the LWF strategy.