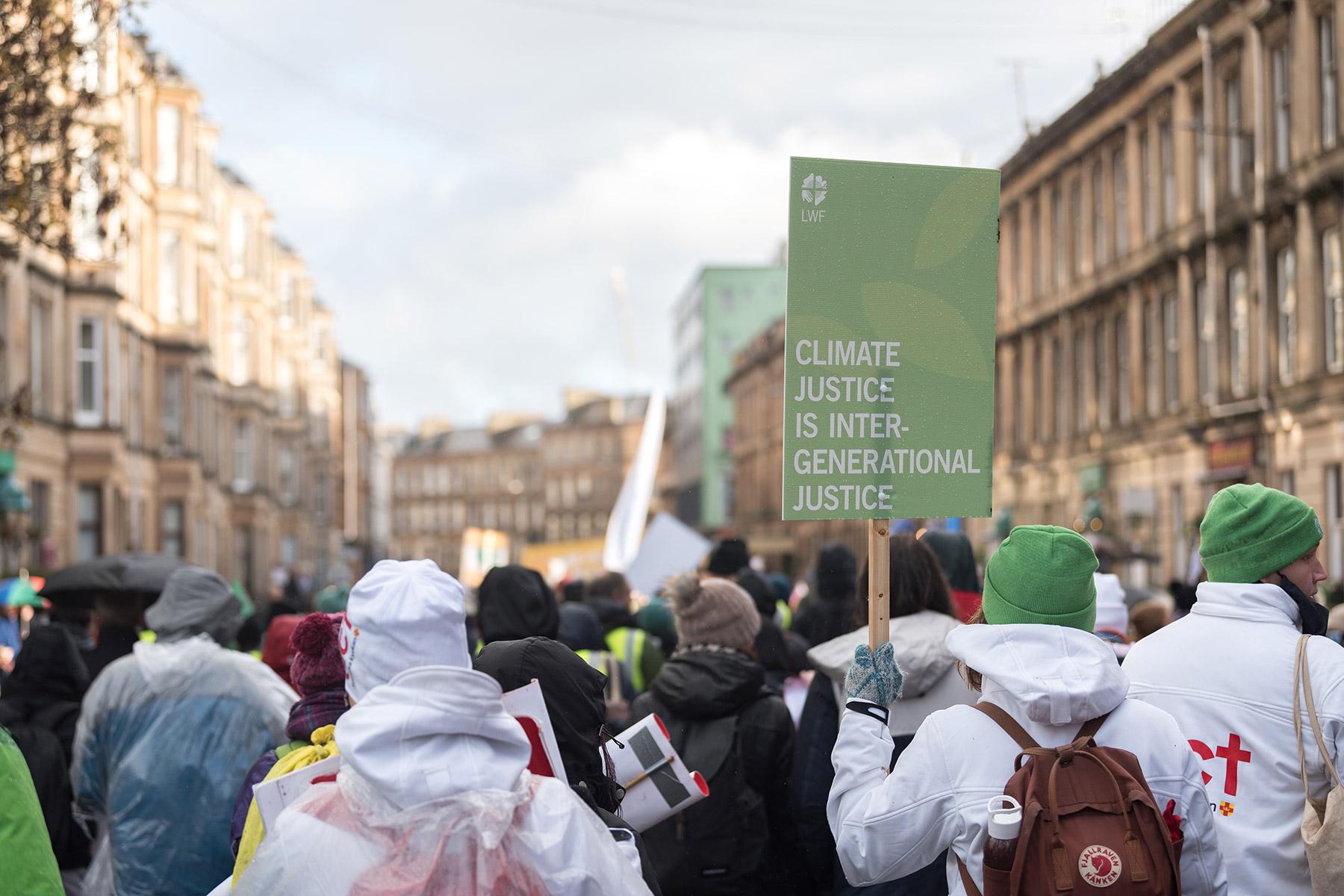 (LWI) – People of faith are called “to live in harmony with creation and not abuse, misuse or exhaust it,” said The Lutheran World Federation’s (LWF) General Secretary, Rev. Anne Burghardt.

On 28 February, she spoke at an online side event of the UN Environment Assembly (UNEA-5), titled “Voices of hope and faith - Sharing visions of living in harmony with nature”.

However, this “is not what we see in the way we run our economies, development, and societies in the world today,” she continued.

Referring to the current war in Ukraine with the potential use of nuclear weapons and remembering the nuclear power plant explosion in Chernobyl in 1986, Burghardt stressed the “devastating consequences of distorting the relationship between ecology and power.” She went on to state that “the sin of seeking power over our fellow creatures and the Earth has real effects measured in the loss of life, social and ecological harmony that lasts for generations.”

Countries’ current commitments for greenhouse gas emissions reduction led to a trajectory of 2.4 degrees of global warming. This lies way above the 1.5 degrees required to keep the effects of global warming in a manageable corridor and “deeply concerning”, Burghardt said.

“As faith-based actors, we raise our voices, increase awareness, build capacity, and take action on climate, environment, and nature protection,” Burghardt said. Protecting the lives and livelihoods of people and communities affected by the impacts of climate change and environmental degradation is a priority.

With local roots in nearly every bioregion of the world, the LWF engages with local communities that inform and shape its global advocacy. In addition, the theological and spiritual gifts of the Lutheran tradition “help us cultivate an ecological sense of being human and a vocation to care for the well-being of all creation,” Burghardt said.

She said that the LWF had “acted as a prophetic voice raising awareness about the ecological crisis among its constituencies” since the 1970s and reiterated the “vital role and commitment” of young people in addressing the triple planetary crisis - climate change, biodiversity loss and pollution - “which afflicts us all.”

During the panel discussion, one of these voices came from Fernanda Zúñiga. She is the National Coordinator of Youth Ministry of the Lutheran Church in Chile (ILCH) and has attended UN Climate Conferences COP25 and COP26 as an LWF delegate. She has managed climate justice projects around education and mitigation in her church.

Zúñiga pointed out that the effects of climate change are evident in Latin America and the Caribbean: wildfires, droughts, and floods have increased – extreme weather was occurring more often.

Nevertheless, young people raised their voice of hope, initiating projects to raise awareness, reforestation, or urban gardening. Also, “we must raise our voices for those who cannot,” Zúñiga said. “Our call is to commit ourselves to have the hope and conviction that we can make a difference – now and for generations to come.”

Voices of Hope and Faith – UNEA side event from The Lutheran World Federation on Vimeo.

The LWF delegation to UNEA-5 includes youth, World Service representatives, and members of the LWF’s Action for Justice unit members. Organized by the LWF, the World Council of Churches, ACT Alliance, and the Evangelical Lutheran Church in America, the 28 February discussion was an official side event to UNEA-5.