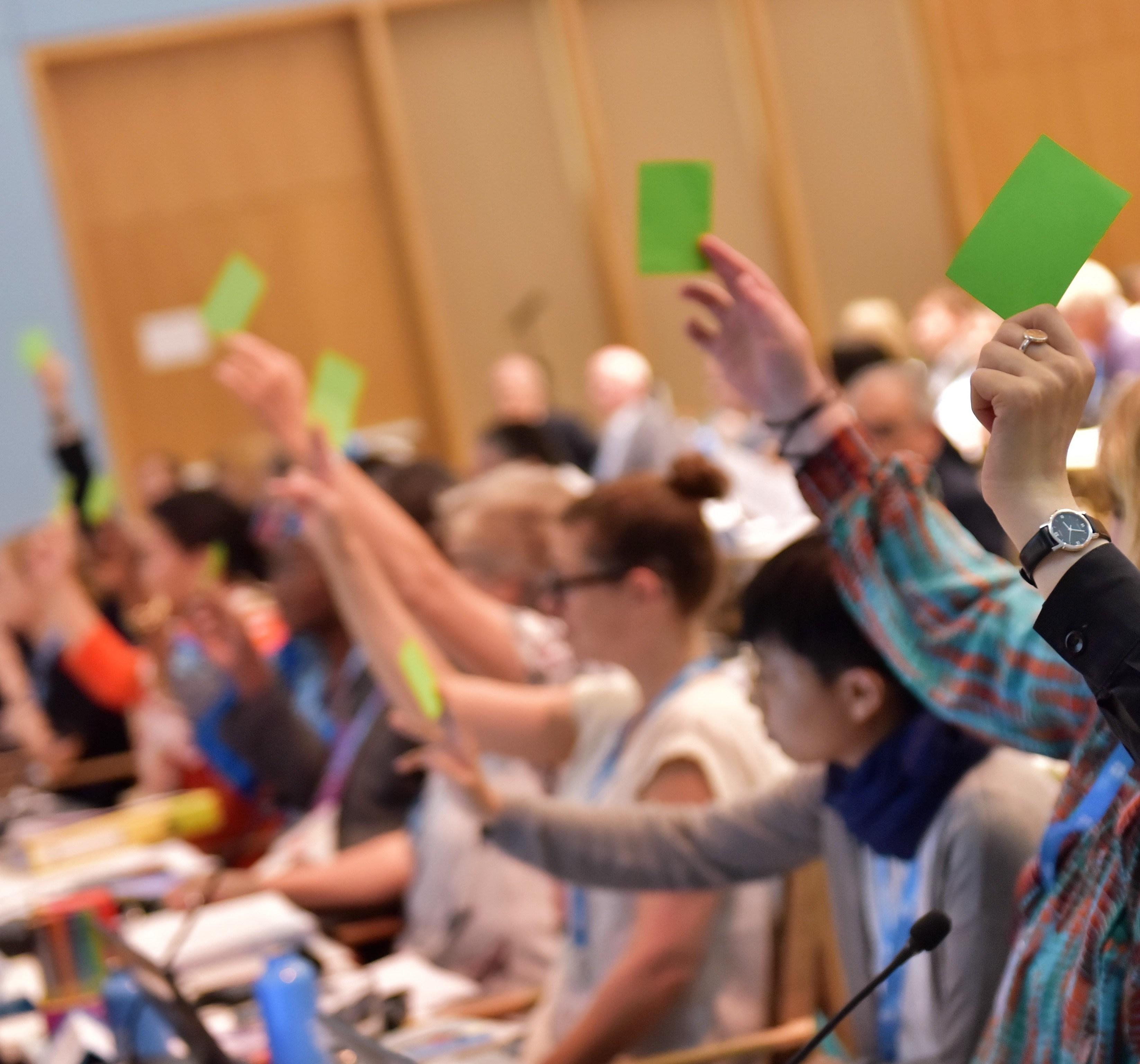 The LWF Council has repeatedly advocated for a peaceful resolution of the conflict in Syria. Photo: LWF/M. Renaux

Strengthen the international instruments of justice and peace

In a statement issued on 14 April, LWF President Archbishop Dr Panti Filibus Musa and General Secretary Rev. Dr Martin Junge, on behalf of the global communion of churches, call for “an immediate halt of the spiral of military retaliatory action that is leading the world closer to global military conflict.”

The LWF calls for a response to the current challenges in Syria that would strengthen the international instruments of justice and peace, developed by the global community of states to address conflicts after the traumatic experiences of World War I and II.

The LWF calls upon the leaders of governments and the United Nations to:

The LWF calls upon its member churches to:

”Peace I leave with you; my peace I give to you. I do not give to you as the world gives. Do not let your hearts be troubled, and do not let them be afraid.” John 14:27