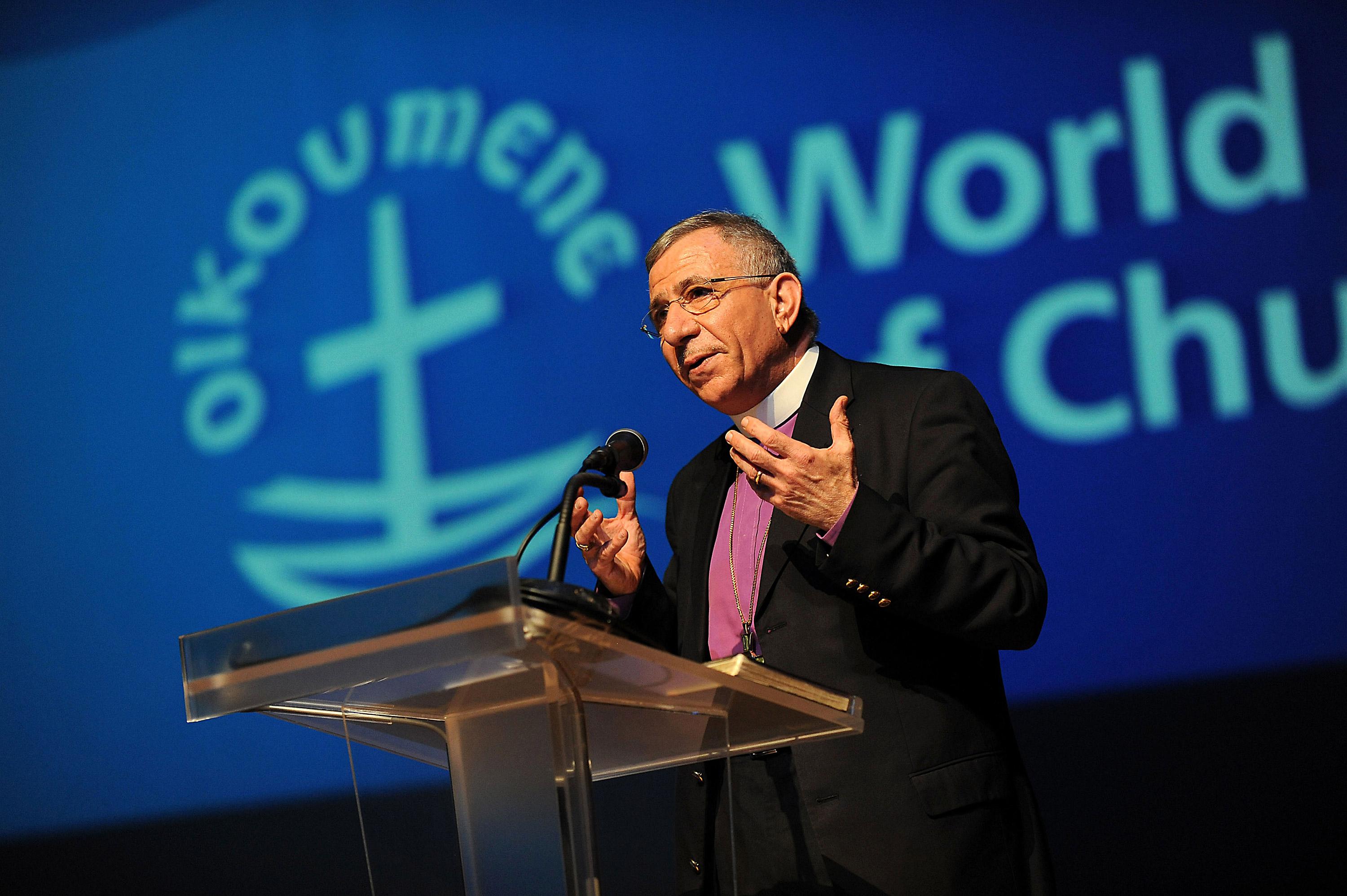 Lutheran Leader Encourages the Church to Raise Its Prophetic Voice

(LWI) – In his greeting to the 10th Assembly of the World Council of Churches (WCC) earlier today, The Lutheran World Federation (LWF) President Bishop Dr Munib A. Younan assured churches of LWF’s accompaniment in efforts to raise a prophetic voice for justice and peace in a fragmented world.

“The Church has to raise its prophetic voice in our fragmented world, and to address issues of justice and peace and human rights, including gender justice, economic justice, environmental justice and religious freedom,” Younan said in LWF’s greeting to the WCC Assembly, taking place, 30 October – 8 November in Busan, Republic of Korea.

The highest governing-body of the WCC meets under the theme, “God of life, lead us to justice and peace.”

The president underlined LWF’s commitment from its very beginnings to serve “our vulnerable and marginalized neighbors.” He expressed gratitude for the Lutheran communion’s contribution towards sustainable development and disaster response through the ACT Alliance network. “Our joint service as churches has transformed not just the communities we serve, but has become an important conduit of greater understanding among Christian communions,” he added.

Younan noted that the quest for Christian unity has been an integral part of the self-understanding of the LWF since its founding in 1947. Ecumenical engagement with the different partners had enabled the LWF to learn that in as much as ecumenical dialogue is about theological discernment, “it is also about accompanying each other, sharing the journey of faith, listening carefully to each other’s experiences, and seeking justice in all contexts,” he said.

Theological engagement, the president noted, “can be transformed into processes of healing memories, leading our churches from fragmentation and conflict toward growing communion and joint witness in the world.”

Referring to LWF’s involvement in the 500th anniversary of the Reformation in 2017, Younan emphasized the increasing need to strengthen the link between theological discernment and diaconal service.

As bishop of the Evangelical Lutheran Church in Jordan and the Holy Land (ELCJHL) and an Arab Christian, Younan also brought “greetings from the Holy City of Jerusalem, a city yearning for wholeness and peace.”

The LWF president said that with the entire LWF communion, he continues to believe that “peace based on justice, and reconciliation based on forgiveness is still possible in the Middle East.” He reiterated the call by the LWF for a two-state solution—Palestine living side by side with Israel—and a shared Jerusalem for the three monotheistic religions Christianity, Islam and Judaism.

Younan expressed gratitude to the WCC for ongoing support through both the Palestine Israel Ecumenical Forum (PIEF) and the Ecumenical Accompaniment Programme in Palestine and Israel (EAPPI), which together with LWF’s work on the Mount of Olives and other Christian ministries in Jerusalem, remain “powerful signs of hope that need to be sustained.”