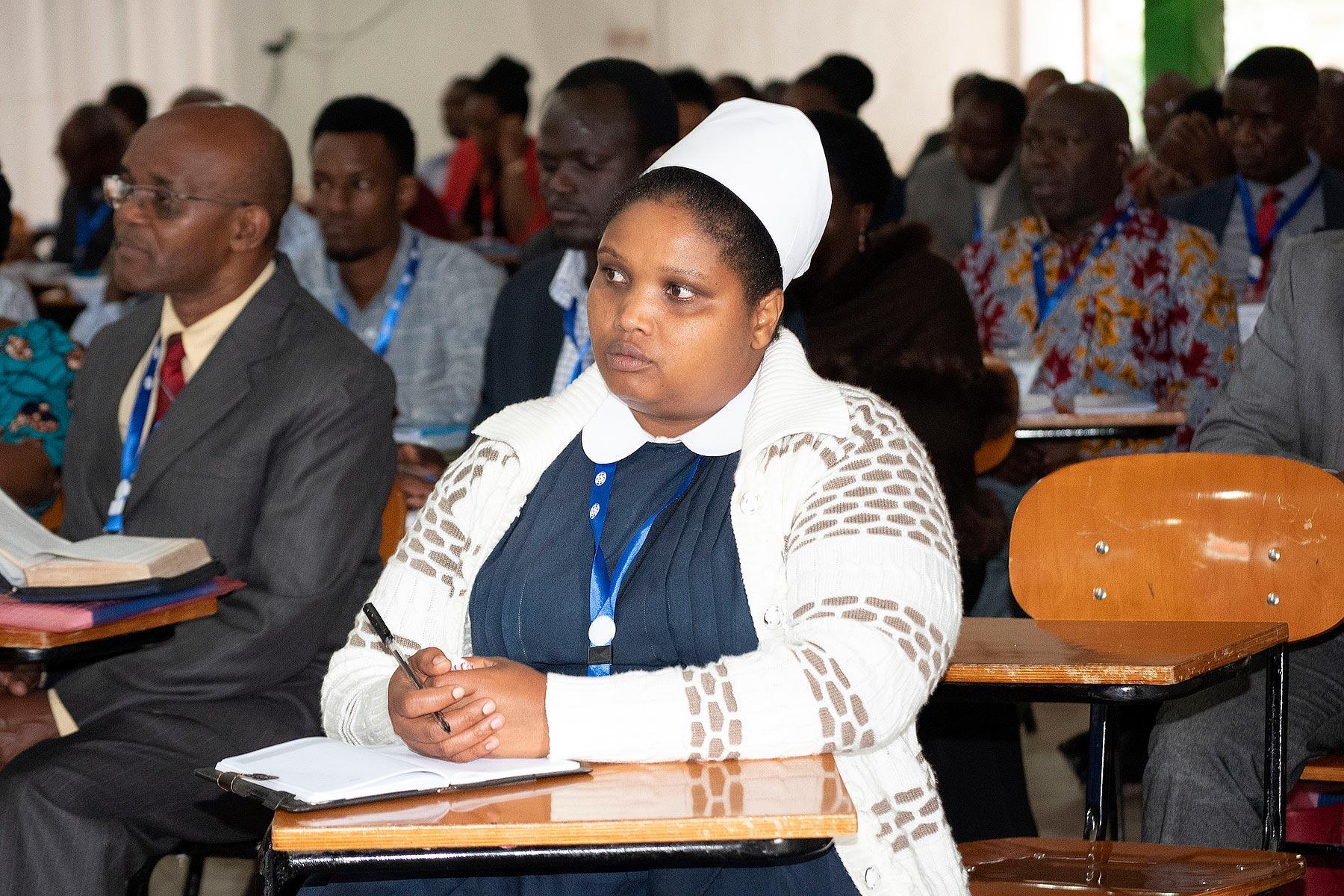 Delegates follow a presentation at the 20th General Assembly of the ELCT at the Tumaini University in Makumira, near Arusha, Tanzania. Photo: ELCT/Nengâida Lairumbe

(LWI) - Churches rise and fall depending on the quality of leadership and therefore need “shepherds” who can provide clear theological direction, watch over God’s people and proclaim the good news of the gospel. This was the message of Archbishop Dr Panti Filibus Musa, President of The Lutheran World Federation (LWF) to the 20th General Assembly of the Evangelical Lutheran Church in Tanzania (ELCT).

“We must invest in the training of elders of our time who are able to defend the ‘proper proclamation of the gospel’, which is the hallmark of the church,” Musa told the highest decision-making body of the ELCT, meeting near the northeastern city of Arusha.

His reflections were based on the assembly theme, “Feed the Flock (1 Peter 5: 2).” More than 240 delegates attended the 19-23 August meeting at the ELCT Tumaini University. The assembly convenes every four years, and brings together clergy and laity from the church’s 26 dioceses, staff from its health, educational and other institutions, and invited guests from partner churches and other organizations.

Musa, Archbishop of the Lutheran Church of Christ in Nigeria, reminded the gathering that “pastor” means a “shepherd” who has been called to “servanthood.” Pastors, he emphasized, have the primary responsibility of ensuring “that God’s flocks under their care are fed, nourished and nurtured by the counsel of the true Word of God so that they become strong in their faith and fully equipped to do their ministry,” he said.

Church leaders, Musa noted, need to come to their ministry – lay or ordained – out of delight in response to God’s call. On the other hand, one should not serve as a leader too eagerly for the wrong reasons such as financial gain, self-interest or power. “It is regrettable that in many places today, ministry has become a quick way to wealth, as though the gospel message is up for sale,” he added.

The LWF president said he was concerned about increasing focus around the power of clerics, which leads to the so-called ‘clericalization of the church’. “While we speak of the ‘priesthood of all believers’, in practice, we seem to be drifting to a situation where everything regarding ministry revolves around the priests and bishops.” He noted the trend was particularly worrying in Africa, where the gap between the leader and other church members is “beyond imagination.”

“God is looking for leaders who are seeking to know God, leaders who know the truth and hunger and thirst for righteousness. Leaders must unify the church, while also addressing injustice in society,” Musa said.

The LWF president concluded: “The shepherd must also be a voice for the weak, the powerless, and those pushed to live on the margins of society due to cultural, religious or other beliefs. It is to take prophetic actions and speak truth to power and authority.”

[The assembly is] an opportunity to foster a spirit of love and solidarity among us so that our work as a church will continue to offer a unique and enlightening witness to the community.