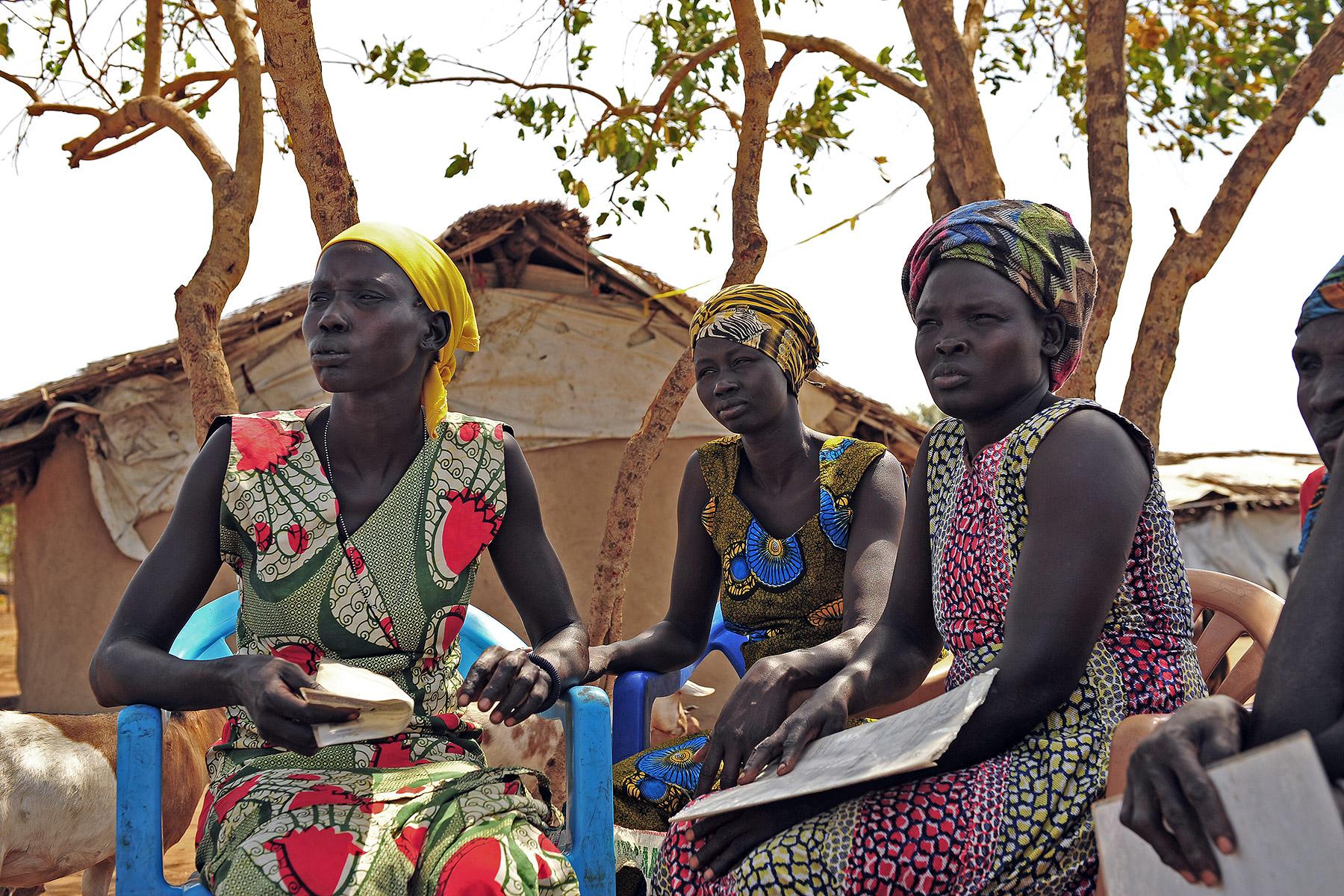 (LWI) - After almost five years of civil war, 2.3 million South Sudanese are living as refugees outside their country. The majority found refuge in neighboring Uganda, Kenya and Ethiopia.

As the situation in South Sudan seems to be stabilizing, some of them have started to return. These so-called spontaneous returns are still happening randomly but could evolve into a larger movement soon.

In an interview with Lutheran World Information, Girma Gudina, LWF Country Representative in South Sudan, talks about the challenges of re-integrating returnees into their former communities, and of working in South Sudan.

What is the situation in South Sudan right now?

It seems to have improved from the past years, particularly after the signing of the Cessation of Hostilities (COH) document, the basis for a lasting ceasefire, in December 2017 and the re-vitalized peace agreement in September 2018. There has also been some good engagement between the main opposition leader and the president.

Since then, the fighting has subsided considerably. It seems that there is now more commitment towards peace, and we see refugees beginning to return. We expect many refugees to come back soon, and plan to support them, and the communities receiving them, in collaboration with our programs in the host countries Uganda, Kenya and Ethiopia and with concerned governmental and other non-governmental agencies.

What do the refugees need to return to South Sudan?

Many South Sudanese refugees are still suspicious about the status of the peace agreement and wondering if it will hold. Connected to that, they want to know about the overall security situation in the country, and their possibilities to move freely. They are inquiring about the availability of basic services; especially education. Some have returned but left their children in the care of relatives in the refugee camps, because they want them to finish school there.

They need a lot of infrastructure. Houses have been destroyed during the war, there will be a lot of rebuilding – not only of infrastructure, but also of livelihoods. We must look at renovating or rehabilitating schools, or building new ones, health facilities and water points. We also must work with the receiving communities in South Sudan on a smooth reintegration of refugees/ returnees.

Where do you see the biggest challenges for the returnees’ re-integration?

One example is that many women, who are now in the refugee settlements in Uganda, have a lot of awareness about gender justice, and their rights in general. They talk about accountability and civic governance; some have occupied leadership positions in their community. The communities they will return to in South Sudan to a large part are still very traditional, and not used to women pursuing leadership positions and speaking up. That could lead to tension. - We have noted that the refugees have been more empowered with the help of agencies like LWF in their host countries. This will certainly affect their return, and the pace at which they can be reintegrated.

Many women, who are now in the refugee settlements in Uganda, have a lot of awareness about gender justice, and their rights in general. They talk about accountability and civic governance; some have occupied leadership positions in their community. The communities they will return to in South Sudan to a large part are still very traditional (…)

One of our tasks will be to facilitate a dialogue between the communities before the refugees come back in large numbers, so that we manage expectations on both sides.

We are also working to build capacity in the receiving communities already, before large numbers of refugees return.

You have decided to join with the other LWF programs in the region and work on supporting the return of South Sudanese refugees together. What is the benefit of such an approach?

A cross border-approach allows us to analyze the skills demand in South Sudan. Our programs in Kenya and Uganda can then build capacities accordingly, so refugees are equipped for their return. We are also planning to organize visits between refugees and the receiving communities.

We also found that the refugees have differing information about the situation in their country, some of which is inconsistent, and even sometimes contradicting. To avoid that confusion, we are thinking about setting up a local community radio which works across borders to make sure receiving communities and refugees are provided with the same, and correct, information. This would also support engagement between the communities.

LWF is one of few agencies working in South Sudan. What are some of the challenges of your work?

There are a lot of challenges in working in South Sudan. 60 percent of the country is not accessible for most of the year, because the road infrastructure is very poor. The communication infrastructure also leaves to be desired. In Jonglei, we currently have an office in Panyagor, and there is only one UNHAS/WFP flight per week to that place. If you miss your flight, you are stuck for another week.

Security is another challenge. Our operations are widespread. Many of the communities we serve, especially in Jonglei, are accessible by mud roads only. During the rainy season, road travel becomes extremely difficult, our staff make a lot of sacrifices to be able to work there.

On the good side, the communities accept us very well. LWF is respected by the local authorities and the people we serve. Many of the leaders in the county have a connection with LWF, some have been educated in our schools in Kakuma or Gambella refugee camps when they were refugees in previous conflicts. They respect LWF very much, and we hope and believe that will continue to be the case.

LWF South Sudan works in the three states which form the Greater Upper Nile region: Unity, Upper Nile and Jonglei, an area most affected by the recent civil war. A fourth field office is situated in Magwi, Eastern Equatoria.

In Unity and Upper Nile, LWF provides mainly education and child protection for Sudanese refugees from Blue Nile and Kordofan, currently about 297 000 people. In Jonglei, LWF works with remotely situated communities in five counties. The work focuses on livelihoods, food assistance, water and sanitation, and peacebuilding. At the national level, LWF together with civil society and the government works on the UPR process. The other project on national level is the DAFI scholarship program, which supports tertiary education for refugee students in South Sudan.