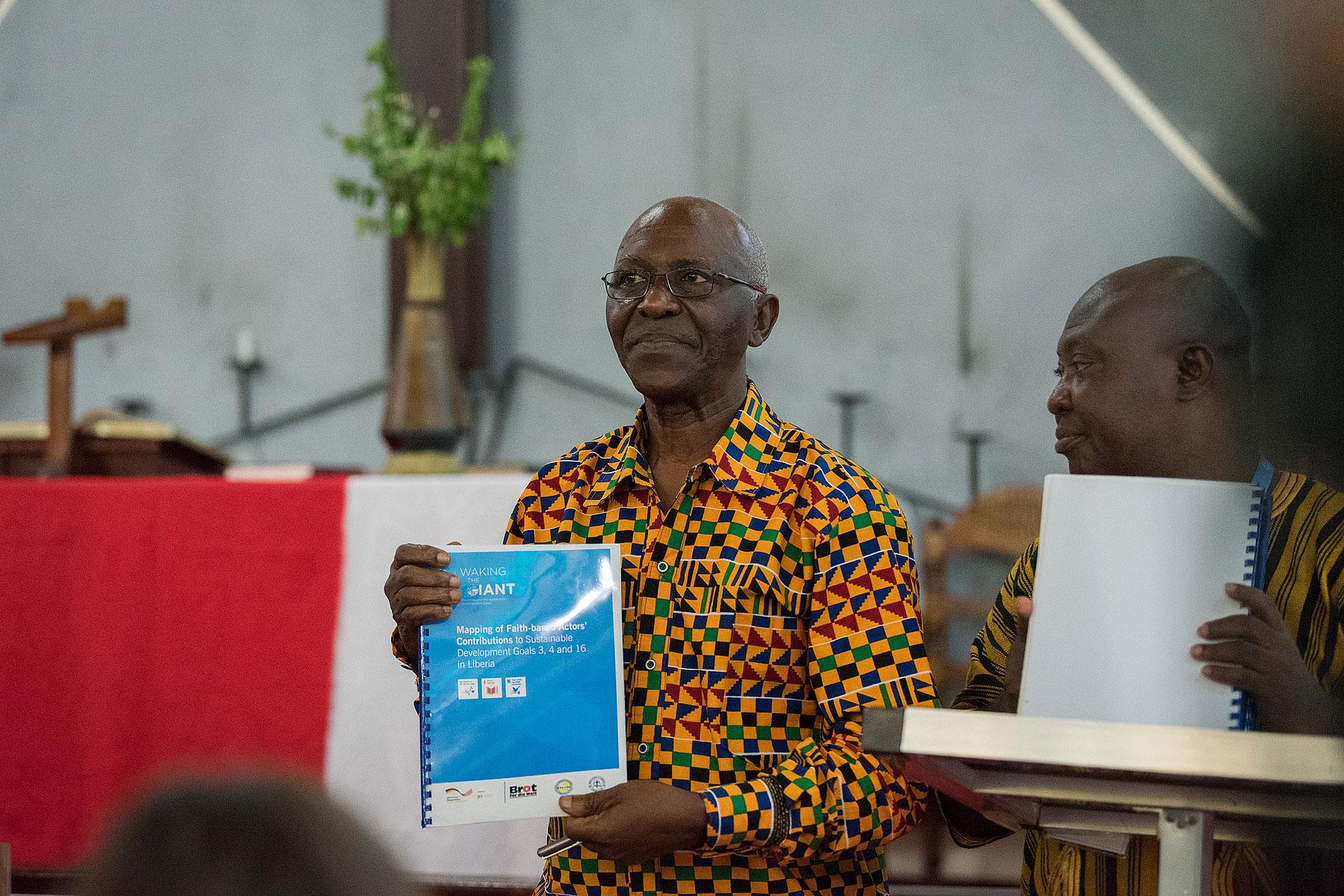 Launched on 31 October in Monrovia, Liberia, the “Mapping of Faith-Based Actors’ Contributions to 3, 4 and 16 in Liberia” is part of LWF’s Waking the Giant initiative. Leaders of churches and other faith communities, representatives of the UN and Liberian government attended the event, which was hosted by the Liberian Council of Churches.

The local partners have identified healthy living and well-being; equitable and quality education; and promoting peaceful and inclusive societies as critical goals for sustainable development.

The launch, coinciding with the annual global meeting of Waking the Giant, was held at the Saint Peter Lutheran Church – known for the 1990 Monrovia Church Massacre, in which some 600 people were killed, at a time when Liberia was not enjoying peace. A moment of silence was observed in memory of the victims.

Not just about life after death, but life before death

In his keynote address, Rev. Dr Fidon Mwombeki, general secretary of the All Africa Conference of Churches, observed that “churches in Africa have from their origins understood their calling as not simply getting people ready to go to heaven after death.” 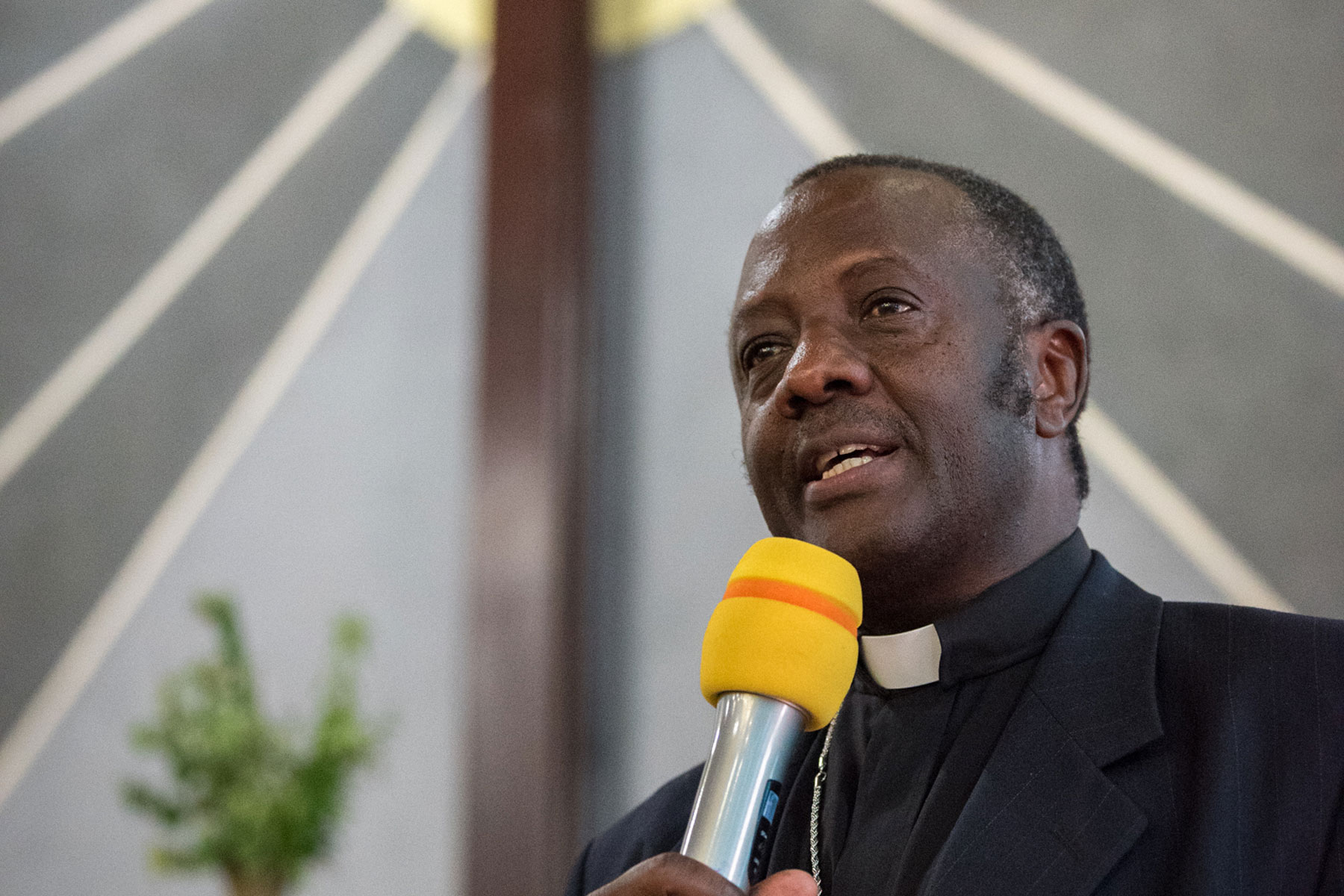 He continued, “these churches not only believe in ‘life after death’; but they also very much believe in life before death. They feel that they are called to be messengers of God bringing life in its abundance to people on this very earth.”

“We must maintain our presence in contribution to SDGs because development of people’s lives is part of our identity,” Mwombeki said.

Without the partnership between governments and faith-based actors, achieving the SDGs may be very difficult.

“We are grateful for your contribution, in significant and recognizable ways, as we see a serious challenge in these SDGs in developing countries. Without the partnership between governments and faith-based actors, achieving the SDGs may be very difficult,” the minister added.

The UNAIDS country director for Liberia Dr Miriam Chipimo affirmed, “We all need to work together. Your churches work with communities, and you are the voice. The UN family will continue to work with the faith community to make a case and advocate for the change we need to come around.”

“Nobody has done a similar mapping before. And through this, we see now more than ten churches, church-related and ecumenical bodies, have started to align their work with the SDGs,” said Saint John York, who coordinates efforts in Liberia.

The first phase of the LWF initiative is being implemented in three other countries, whose national coordinators participated in the event in Liberia. Rev. Eduardo Martínez (Colombia), Mr John Hillary (Tanzania) and Ms Mikka McCracken (United States) emphasized the need to work with other faith communities and to link both qualitative and quantitative approaches in the SDGs’ implementation processes.

“When the Liberia Council of Churches decided to host this global meeting under the theme, ‘Men and Women created equal by God, sharing the same rights’, this is a strong expression of the importance of the work for gender equality,” noted Julia Brümmer, LWF global coordinator for Waking the Giant. 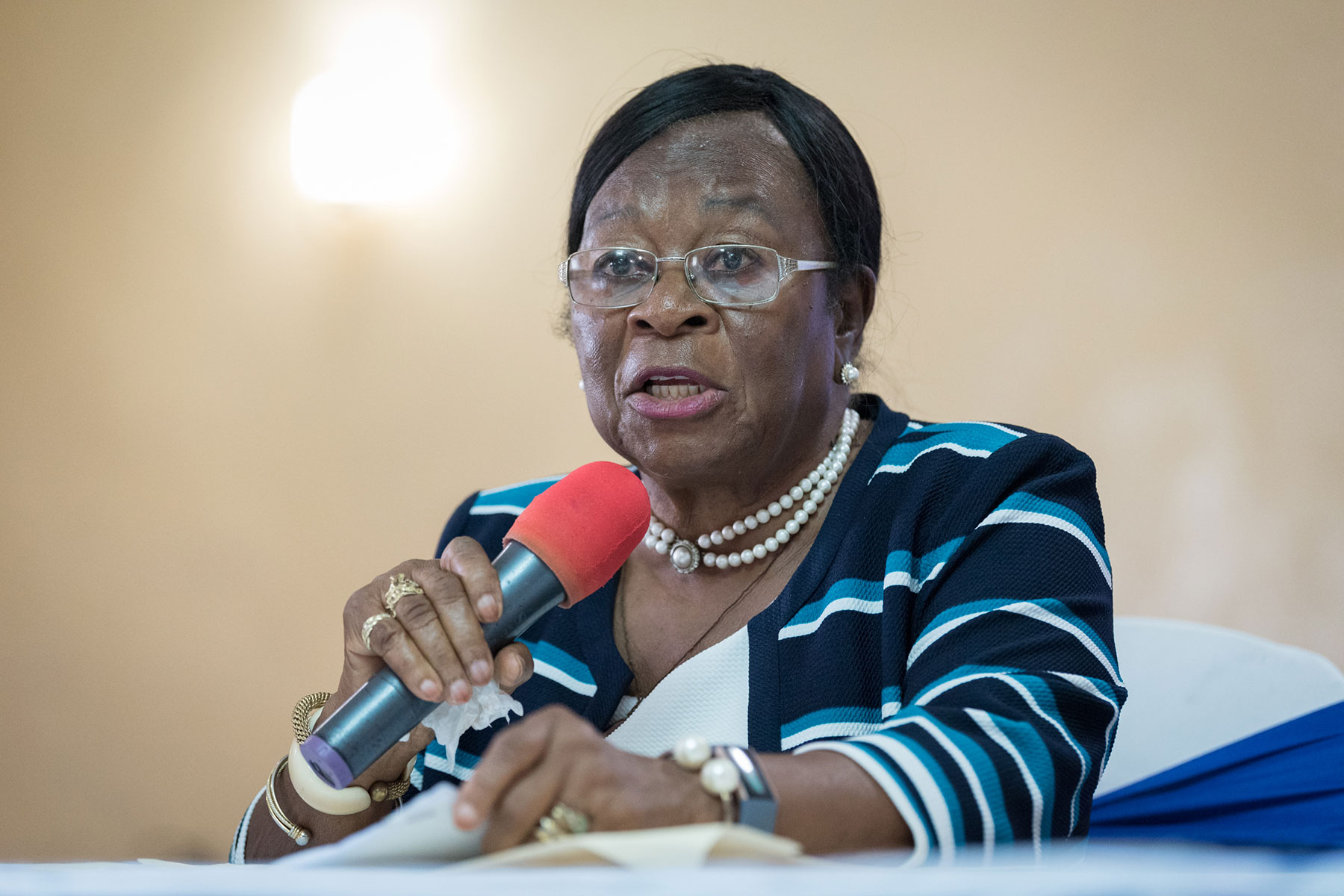 Speaking at a session on gender equality, Janette Ebba Davidson from the National Elections Commission Liberia, pointed to the country’s history in view of the struggle for equal rights for women and men.

“Never more than today, the world has been attuned to the need for peace. But there can be no peace without justice, and women’s rights are deeply nested in the concept of justice,” Davidson said.

Roseline Toweh, general secretary of the Young Women’s Christian Association of Liberia, pointed to the church as a starting point. “If we want to have women in leadership, we need to encourage also women pastors and bishops. Some churches do not allow women to be ordained, but even when churches do, women are lagging behind as many girls did not go to school.”

“Ensuring education, that women are part of decision-making spaces, is the safest way to bring bout positive change to our societies,” Davidson urged.

Dhogba Mabande, program officer at UN Women affirmed gender equality as “not only part of our human rights” but also “a fundamental condition for peaceful and prosperous societies.” 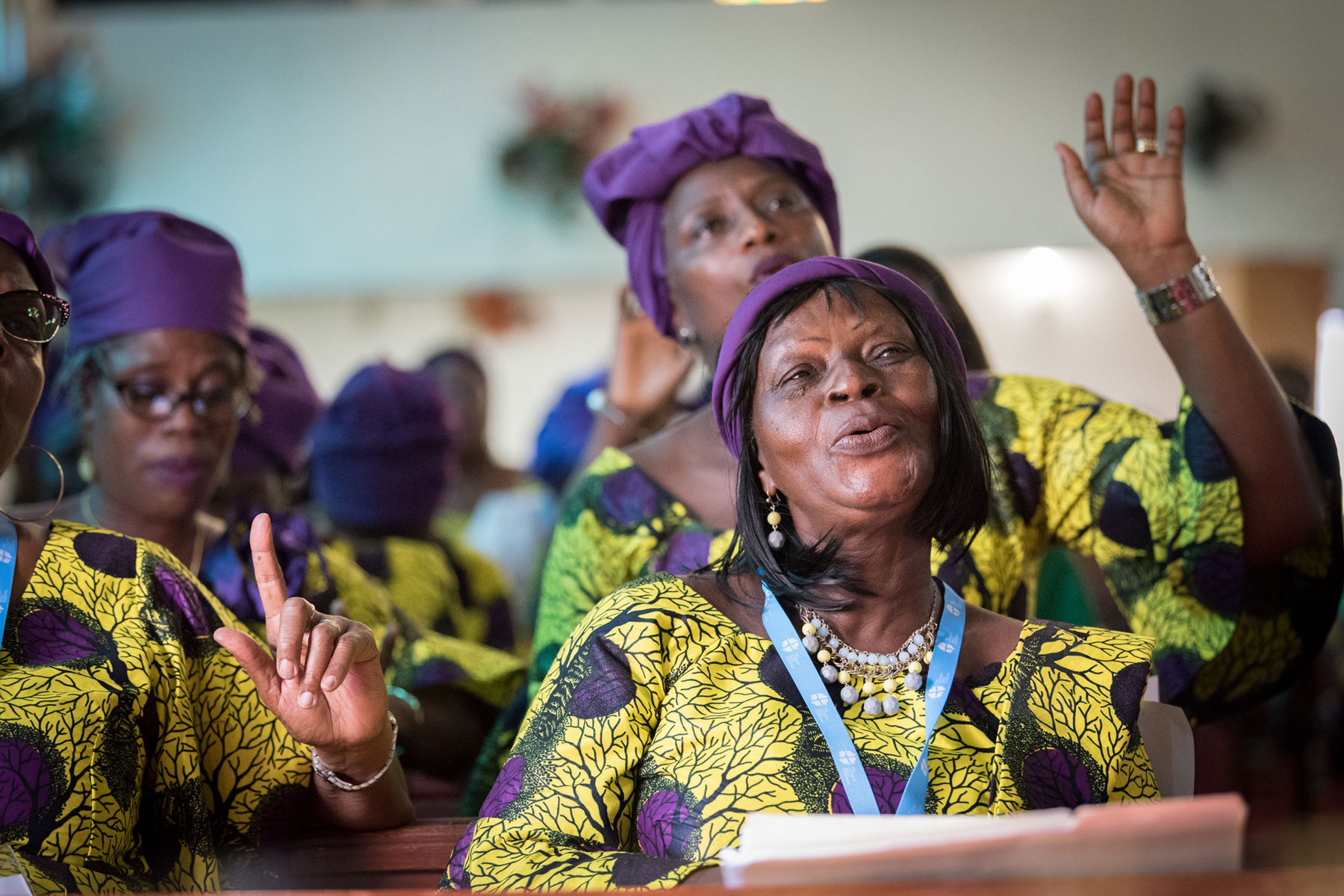 Members of the Ecumenical Women's Organization of Liberia sing at the launch of the Waking the Giant SDG mapping for Liberia.

Written for LWI by Albin Hillert.