Milestones of joint efforts toward justice, peace and reconciliation 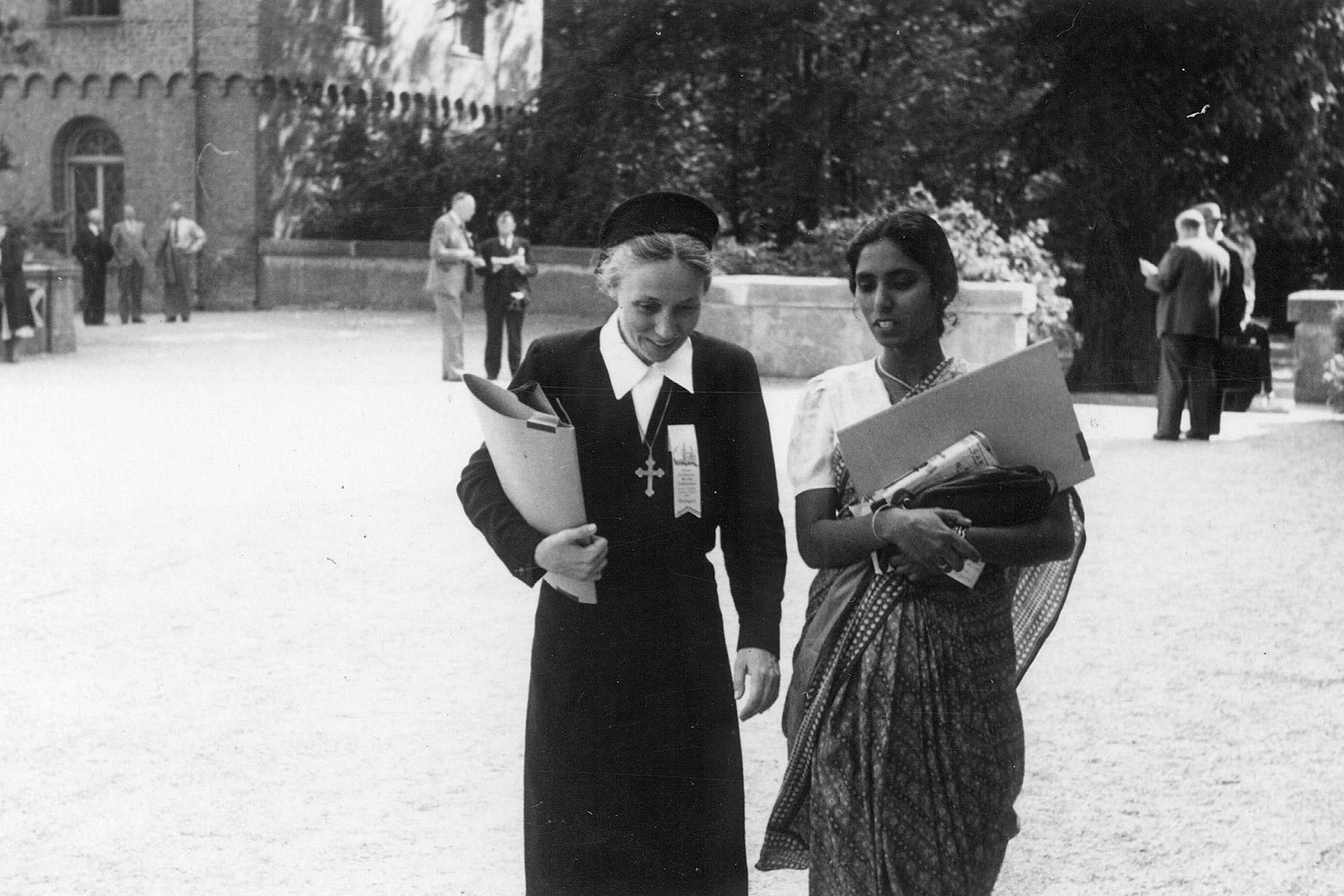 (LWI) – The Lutheran World Federation (LWF) inaugurated a digital photo exhibition on 9 June, starting a series of global events in 2022 to mark the 75th anniversary of the communion of 148 member churches around the world.

Launched on the opening day of this year’s Council meeting in Geneva, the display of images shows milestone moments of the LWF since 1 July 1947, when it was founded in Lund, Sweden.

Speaking at the launch, LWF General Secretary Rev. Anne Burghardt emphasized LWF’s commitment to holistic mission and human dignity, and to building on what has been established. “Today, we harvest the fruits of our predecessors’ work and plant seeds for the future, so that coming generations can harvest the fruits,” she said.

The exhibition will be on display in the offices of the LWF in Geneva and will be available online after the Council concludes. Highlights include the first Assembly of the LWF in Lund in 1947, support of LWF World Service to Palestinian refugees in Syria in 1951, the first ‘All Africa Lutheran Conference’ in Marangu, Tanzania in 1955 and establishment of the Institute for Ecumenical Research in Strasbourg, France in the early 1960s. It also features one of 300 LWF scholarship recipients in Ecuador in 1975, and the communication ministry of Radio Voice of the Gospel in Addis Ababa, Ethiopia in 1957.

The participation and leadership of women and youth across all levels of the church is presented, including an international women’s conference in 1995 and youth at LWF assemblies. Ecumenical milestones include the Lutheran-Catholic Joint Declaration on the Doctrine of Justification in 1999 and the ‘From Conflict to Communion’ commemoration of the 500th anniversary of the Reformation in 2016.

The panels also offer insights to key assembly decisions such as the 1990 Eighth Assembly in Curitiba, Brazil, when delegates affirmed LWF’s self-understanding as a “communion of churches,” with significant changes to its constitution.

“What we see in this exhibition are glimpses from LWF’s history that show impressive witness of the communion and its member churches and their deep passion for the church and for the world,” said Rev. Arni Svanur Danielsson, LWF Head of Communications.

The photos in the exhibition will also be included in an anniversary book that will be published in October this year.