LWF gives thanks for life of Pope Emeritus Benedict XVI

The Lutheran World Federation (LWF) joins with Catholics and other faith leaders in mourning the loss of former Pope Benedict XVI, who died on 31 December 2022. 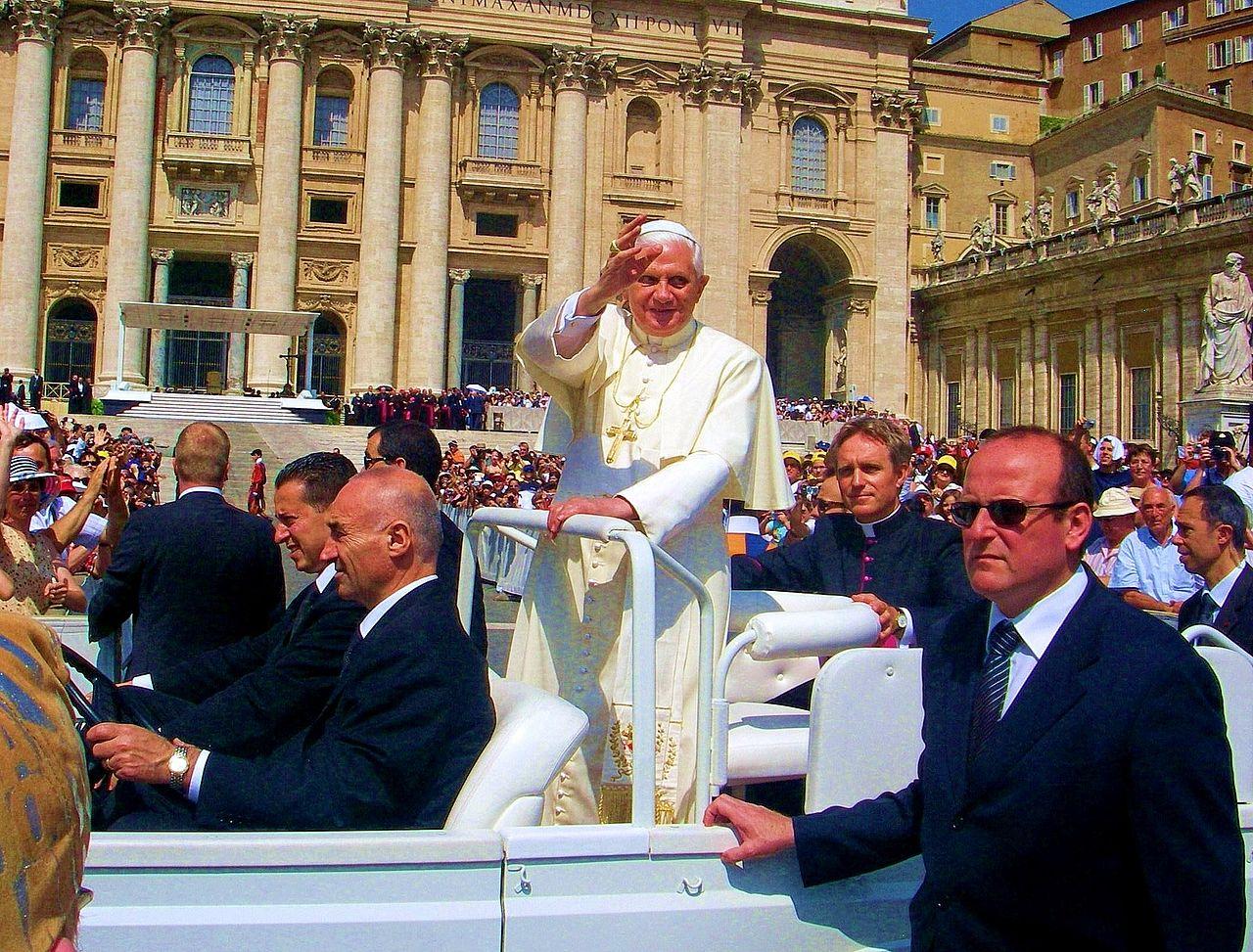 "We give thanks for his encouragement never to slacken in the ecumenical endeavor," said LWF General Secretary Burghardt. Photo: Marek Kośniowski

(LWI) - The Lutheran World Federation (LWF) joins with Catholics and other faith leaders in mourning the loss of former Pope Benedict XVI, who died on 31 December 2022 at the age of 95. Recalling his deep commitment to the search for reconciliation between the divided Christian churches, LWF General Secretary Rev. Anne Burghardt said: “Pope Benedict XVI was a sharp-minded theologian whose strong academic background shaped his pontificate. We give thanks for his encouragement never to slacken in the ecumenical endeavor and we will gratefully remember his appreciation of the Joint Declaration of Doctrine of Justification that has enabled many advances in Lutheran-Roman Catholic relations."

One of the pre-eminent theologians of the past century, German Cardinal Joseph Aloisius Ratzinger was elected to lead the Roman Catholic Church in April 2005, following the death of Pope John Paul II. As head of the Vatican’s influential Congregation for the Doctrine of the Faith for over two decades, Ratzinger had been one of John Paul II’s closest advisors, helping him to shape Catholic teaching and guide the 1.3-billion-member global church.

Born in Bavaria in 1927, he taught at several German universities before being appointed Archbishop of Munich and Freising from 1977 to 1982. Prior to that, in the 1960s, he had taken part in the landmark Second Vatican Council which brought together bishops from across the globe to discuss the reform of the Catholic Church within a rapidly changing world context. The Council, which included observers from other Christian churches, produced several ground-breaking documents on ecumenism, interfaith relations, and freedom of religion.

Taking the name of Benedict XVI, Ratzinger led the Roman Catholic Church for eight years until his surprise resignation in February 2013 at the age of 85, becoming the first pope in six centuries to step down from the papacy. Assuming the title of Pope Emeritus, he made occasional public appearances alongside his successor, Pope Francis.

During his pontificate, Benedict XVI met twice with the leadership of the LWF, first in 2005 with former President Bishop Mark Hansen and former General Secretary Rev. Dr Ishmael Noko. During that meeting he praised the “solid tradition of serious study and exchange which has characterized Catholic-Lutheran relations over the years” and hailed the 1999 Joint Declaration on the Doctrine of Justification as “a significant milestone on our common path to full visible unity.”

As head of the Vatican’s doctrinal office, Ratzinger became involved in discussions between the LWF and the Pontifical Council for the Promotion of Christian Unity, working with a group of German theologians to ensure a consensus on the Joint Declaration, following the publication of reservations from the Catholic side. Since that time, the Joint Declaration has been endorsed by World Methodist Council, the Anglican Communion, and the World Communion of Reformed Churches, making it one of the most significant ecumenical documents for multilateral worship, action and theological engagement.

During an audience in 2011 with leaders of the United Evangelical Lutheran Church of Germany, Pope Benedict looked ahead to the 500th anniversary of the Reformation, noting that it would be an opportunity for Catholics and Lutherans “to celebrate throughout the world a common ecumenical commemoration” and “to grapple” with global challenges together.

Later that year, during a trip to his native Germany, Benedict visited the Augustinian monastery in Erfurt where Martin Luther lived for over a decade and was ordained to the priesthood. In a meeting with Lutheran leaders there, the pontiff spoke of Luther’s “theological searching and inner struggle” with the question of “How do I receive the grace of God?” He said: “The fact that this question was the driving force of his whole life never ceases to make a deep impression on me.”

The task of Catholics and Lutherans today, the German pope said, is to make that question their own, “as we bear common witness to the God of Jesus Christ in this world as our inalienable, shared foundation.” He concluded: “Faith that is lived from deep within, amid a secularized world, is the most powerful ecumenical force that brings us together, guiding us towards unity in the one Lord.”

Denmark: We must seize the future with hope
news
ttt
test news