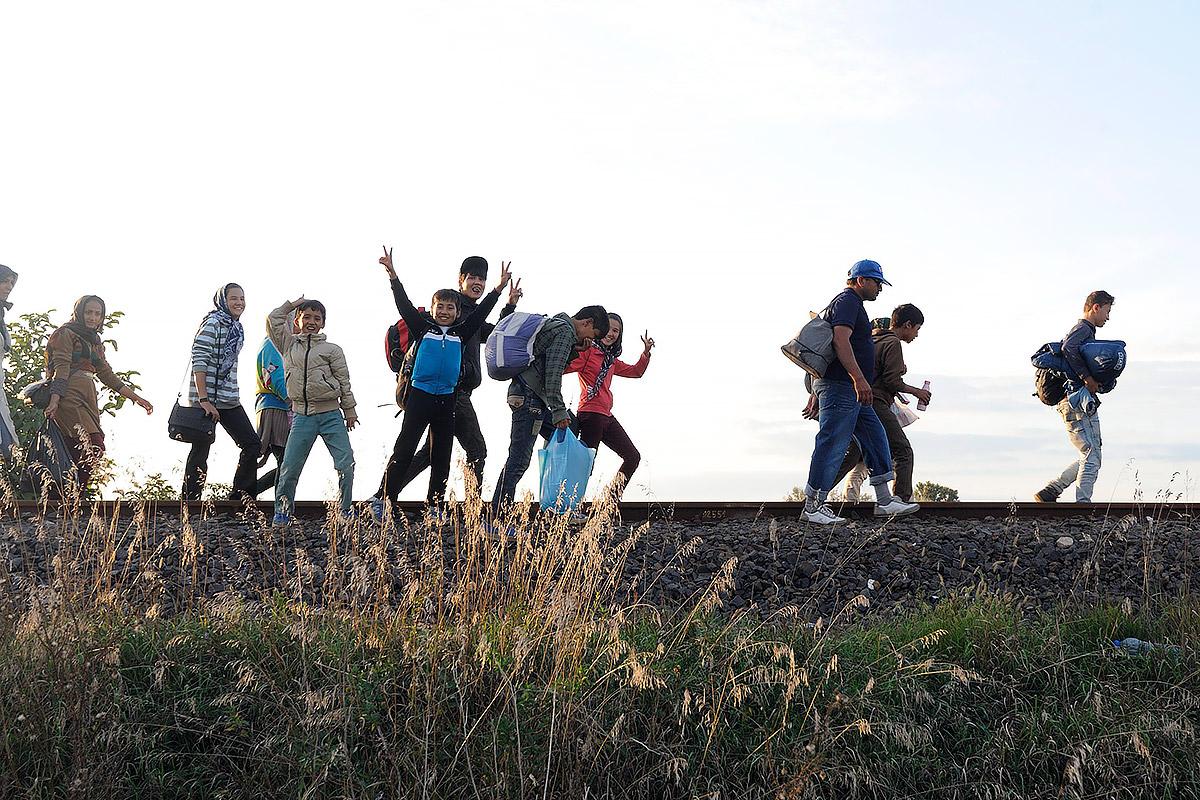 Refugees walking on the railways at the border between Hungary and Serbia. Photo: ELCH/ Zsuzsanna Horvath-Bolla

(LWI) - Churches need to stand against the deterioration of humanitarian values and human rights, The Lutheran World Federation (LWF) General Secretary, Rev. Dr Martin Junge, said in Germany. Referring to the Bible, he reminded that it is a Christian duty to welcome the stranger and protect people in need.

In a public lecture organized by the Protestant Academy of Tutzing and the Society for Foreign Policy in Germany on 13 March 2018, he spoke to the topic: “Safeguarding human rights - the vocation of the Lutheran World Federation in the context of refugee movements” the General Secretary outlined the work of the LWF to serve people in need, and its foundation in the Christian faith. “Faith and human rights are not antagonists,” he said, adding that churches  need to safeguard their ability to speak in both languages, the language of faith and the language of human rights. “The church has to actively support the calibration of a moral compass, as well as support the shaping of policy and legislation according to that compass.”

The LWF, one of the main implementing partners of the United Nations in the protection of refugees and internally displaced people worldwide, is witnessing a shrinking of the humanitarian space, Junge said. “Attacks on aid workers indicate a shift in moral values, which [...] normalize these kinds of attacks. Wanting to help makes you a target.”

I encourage you: don’t stop doing what you are doing, and do not let anyone intimidate you. You are needed - by those who seek protection, as well as those who are feeling fearful and insecure in facing this situation.

The LWF General Secretary voiced his concern about human rights being put in second place, after economic interests. As examples of that, he mentioned state visits without regard to the human rights situation in a country, and the deportation of refugees back to unsafe countries. “If billions can be found to save collapsing banks which have gambled their investor’s money, I find it hard to believe money cannot be found to save refugees,” he said, questioning a logic which considers banks as “relevant to the system”, but not people.

Junge also commended the German churches for their ongoing engagement to protect and support refugees. “You acted in the name of Christian churches worldwide,” he said.

“I encourage you: don’t stop doing what you are doing, and do not let anyone intimidate you. The love of God that you breathe in, continue breathing it out as love to the neighbor. You are needed - by those who seek protection, as well as those who are feeling fearful and insecure in facing this situation.”