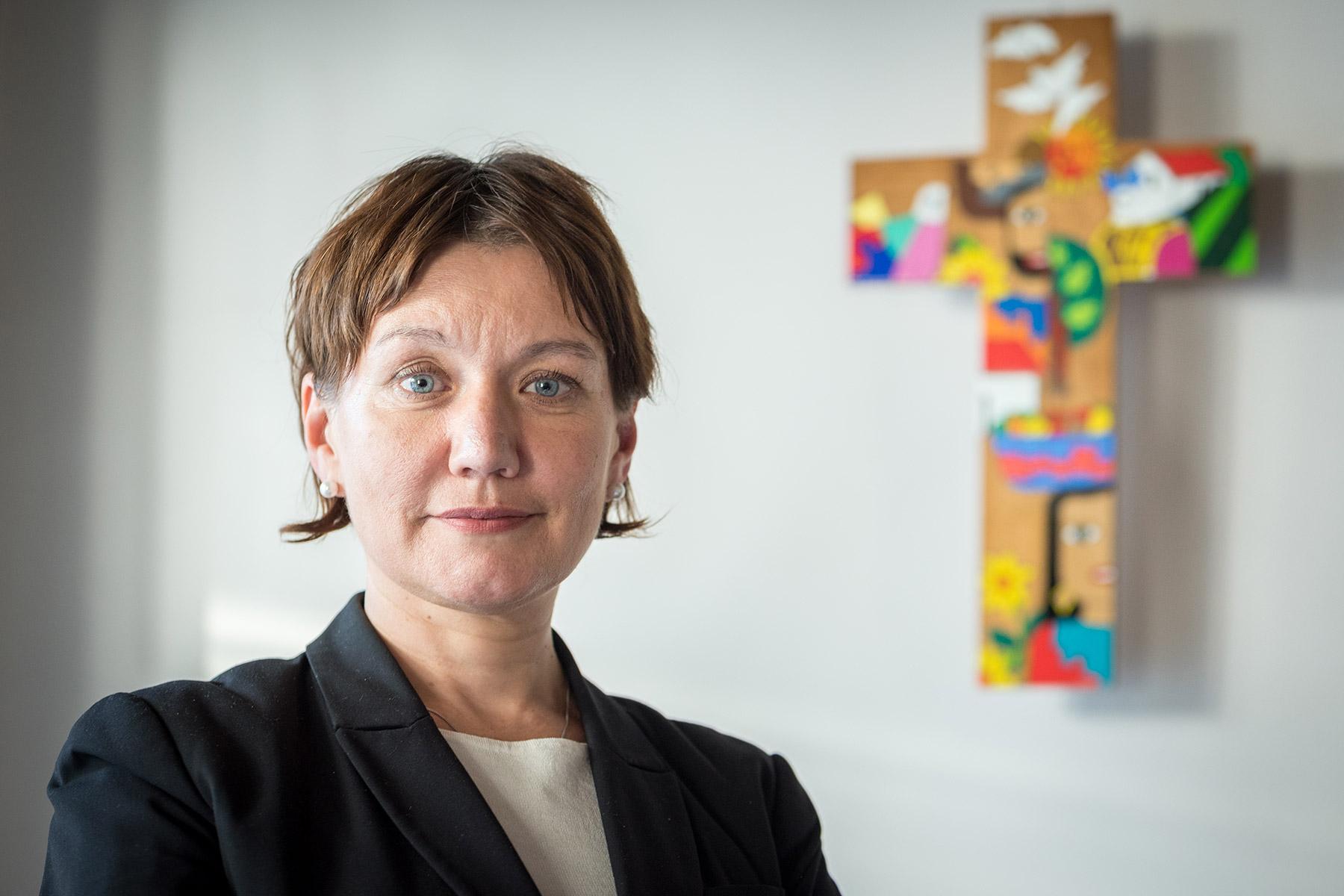 (LWI) – The General Secretary of The Lutheran World Federation (LWF), Estonian theologian Anne Burghardt, will be awarded the 2022 “Der Friedenstein” prize. The Gotha Cultural Foundation announced this on 17 March.

The prize “sets a sign for the importance of faith in times when faith and hope are dwindling,” the Cultural Foundation says in a press release.

The prize has been awarded since 1997. Previous award winners include Queen Silvia of Sweden, conductor Kurt Masur, and Chinese dissident Wei Jingsheng. This year, the award honors “a woman from one of the world’s largest organizations for Christian philanthropy, social cohesion, and peace.”

Rev. Burghardt is “a proven expert in theology and is committed to ecumenism and international relations.”

When she received the news of the award, LWF General Secretary Burghardt said, “One of the central tasks of the church is always to be aware of the three early church dimensions: Kerygma, Liturgia, Diakonia, that is the proclamation of the Gospel, worship and prayer, and service to others.”

In the year in which the LWF celebrates its 75th anniversary, the city of Gotha celebrates “500 Years of Reformation in Gotha.” Martin Luther had stayed in the city several times; in 1521 also as reformer. There he preached in the Augustinian Church.

Rev. Burghardt will receive the 2022 “Der Friedenstein” prize at a ceremony in Gotha on 5 May. The prize is worth 5.000 EUR, and she plans to donate the money to LWF’s work in peacebuilding and reconciliation.