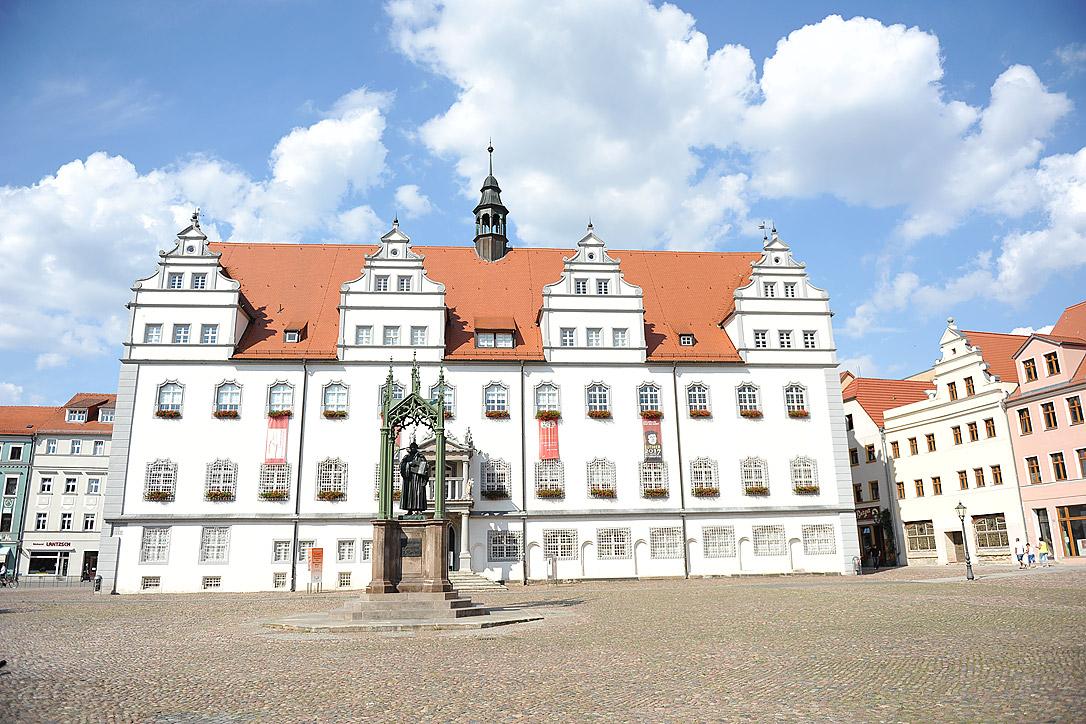 A statue of Martin Luther in front of the town hall in Wittenberg. Photo: LWF/M. Renaux

The LWF German National Committee and the Evangelical Church in Central Germany are hosting this year’s meeting. The LWF governing body agenda includes a pilgrimage of historic sites of the Reformation, inauguration of a symbolic cross at the city’s Luther Garden, and greetings by the President of Germany Joachim Gauck.

As this will be the last full Council meeting before the LWF gathers for its Twelfth Assembly and commemoration of 500 years of the Reformation, delegates will receive an update on both events to be held 10-16 May 2017 in Windhoek, Namibia.

In his address LWF President Bishop Dr Munib A. Younan will reflect on the meeting’s theme. General Secretary Rev. Dr Martin Junge will report on the Communion Office work over the past year, including an update on the Lutheran-Catholic Joint Ecumenical Commemoration on 31 October 2016 in Lund, Sweden. Christina Jackson-Skelton, chairperson of the Finance Committee, will present the organization’s financial situation including the 2015 outcome.

Invited ecumenical guests are among participants in the 14-15 June Wittenberg Pilgrimage, which will offer encounters on the Reformation anniversary sub-themes. Pilgrims will visit historical places in the city where Martin Luther nailed his 95 theses to the Castle Church door on 31 October 1517, sparking off the movement to reform the Church.

The Council opening worship will be held in the City Church (Stadtkirche). The Luther Garden where the “Himmelskreuz” (Heavenly cross) will be unveiled is a joint project of the LWF and Wittenberg city. The garden was started in 2009, with the goal to have churches from all over the world plant 500 trees there and a corresponding tree in their home church by 31 October 2017.