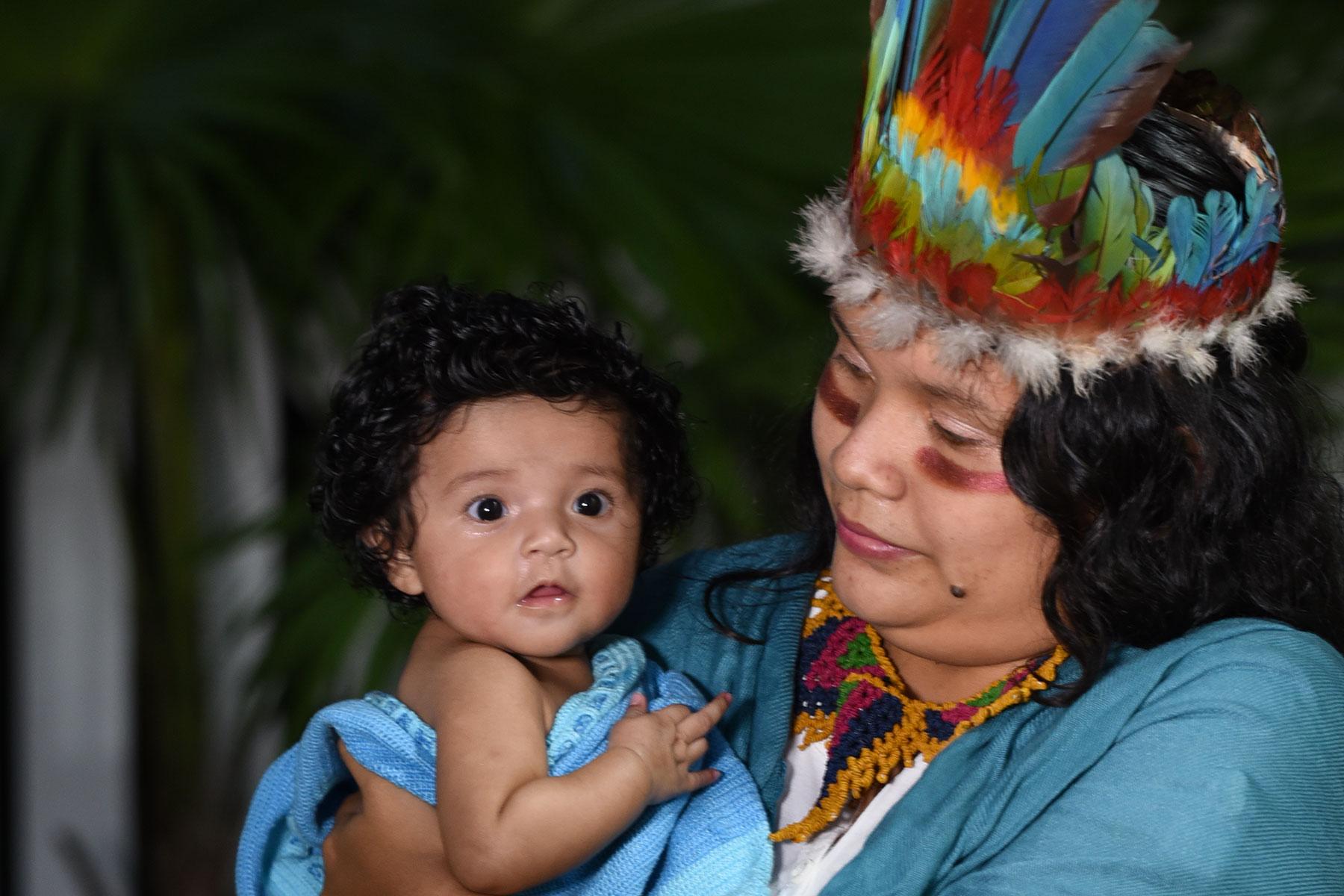 (LWI) - The 2020 Christmas card of The Lutheran World Federation (LWF) depicts a mother and child in the dress of the indigenous people in Guyana and Suriname.

“It is a perfect representation of both our countries and also of the whole Latin America and the Caribbean region,” said Mr. Rafael van Ommeren, the Evangelical Lutheran Church in Suriname (ELKS).

The Christmas card depicts Mariangel and her daughter Atina, descendants of the first people to the geographical areas of Guyana and Suriname. They are members of the Evangelical Lutheran Church in Guyana (ELCG). ELKS and ELCG are neighbors in the region and share many cultural similarities.

And she gave birth to her firstborn son and wrapped him in bands of cloth, and laid him in a manger, because there was no place for them in the inn.

Using the chosen biblical text (Luke 2:7) as a guide, the two churches agreed that the photo of the indigenous mother and child depicted well an underrepresented people in both countries.

The card shows Mariangel dressed in the traditional costume of the indigenous people, Amerindians, who live in the Hinterland and Coastal regions of Guyana and the high and low lands of Suriname. “The Amerindian people are less than five percent of the population in the region,” said Michael Ram, ELCG Chairperson of the Committee for Advocacy and Public Voice.

“Mariangel, a young mother, was raised by her grandmother. Her daughter Atina was born soon after the death of Mariangel’s grandmother,” Ram explained. “We chose this picture with Mariangel lovingly looking at her child. It is a representation of hope.”

Every year, the LWF invites member churches to contribute a design of the Christmas card for the year. In 2019 it came from Belarus artist Volha Prankevich and The Evangelical Lutheran Church of Ingria in Russia (ELCI).

LWF Christmas Card: In him, all things were created
news
t