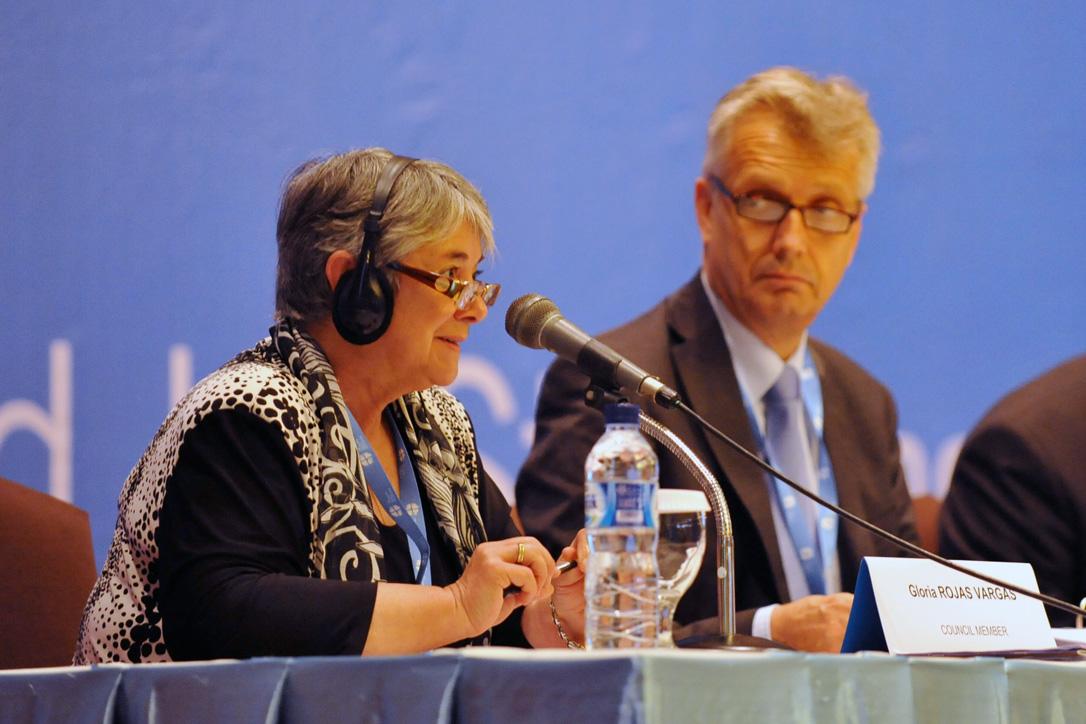 500 years more of witness and service by the Lutheran Communion

(LWI) – “Liberated by God’s grace” will be the theme of the Twelfth Assembly of the Lutheran World Federation (LWF). The LWF has opted for a joint theme and logo for its activities marking the 2017 anniversary of the Reformation and the Assembly in 2017 in Namibia. They were both adopted at the LWF Council meeting in Medan, Indonesia and include elements from previous assemblies and the Namibian flag. In addition, three sub-themes were defined: Salvation – not for sale, Human beings – not for sale and Creation – not for sale.

The Assembly is the highest body of the Communion and generally meets every six years. The Eleventh Assembly took place in Stuttgart, Germany, in 2010. The date chosen for the Twelfth Assembly is 10 to 16 May 2017. With these decisions, the Council approved the proposals of the Assembly Planning Committee (APC), whose report was presented by Rev. Dr. Gloria Rojas Vargas from the Evangelical Lutheran Church in Chile.

Besides the constitutional duties of the Assembly, such as electing the LWF president, there will be three main issues in Namibia. The Assembly will itself be part of LWF activities around the Reformation anniversary in 2017 and particularly highlight the ecumenical and global aspects of the Reformation. It is intended to empower the Lutheran Communion in its witness and service of ongoing Reformation for the next 500 years. Further, it is to offer a framework for learning more about questions of healing and reconciliation in southern Africa.

When conferring on the APC report, the Council discussed and reaffirmed the LWF’s decisions on the equal participation of men, women and youth. It states that all LWF events should implement a quota of at least 40 percent men and 40 percent women. In addition, 20 percent of participants should be young adults under the age of 30. In all, the Assembly will have about 370 delegates from all LWF member churches, along with several hundred advisors, ecumenical guests, visitors and staff.