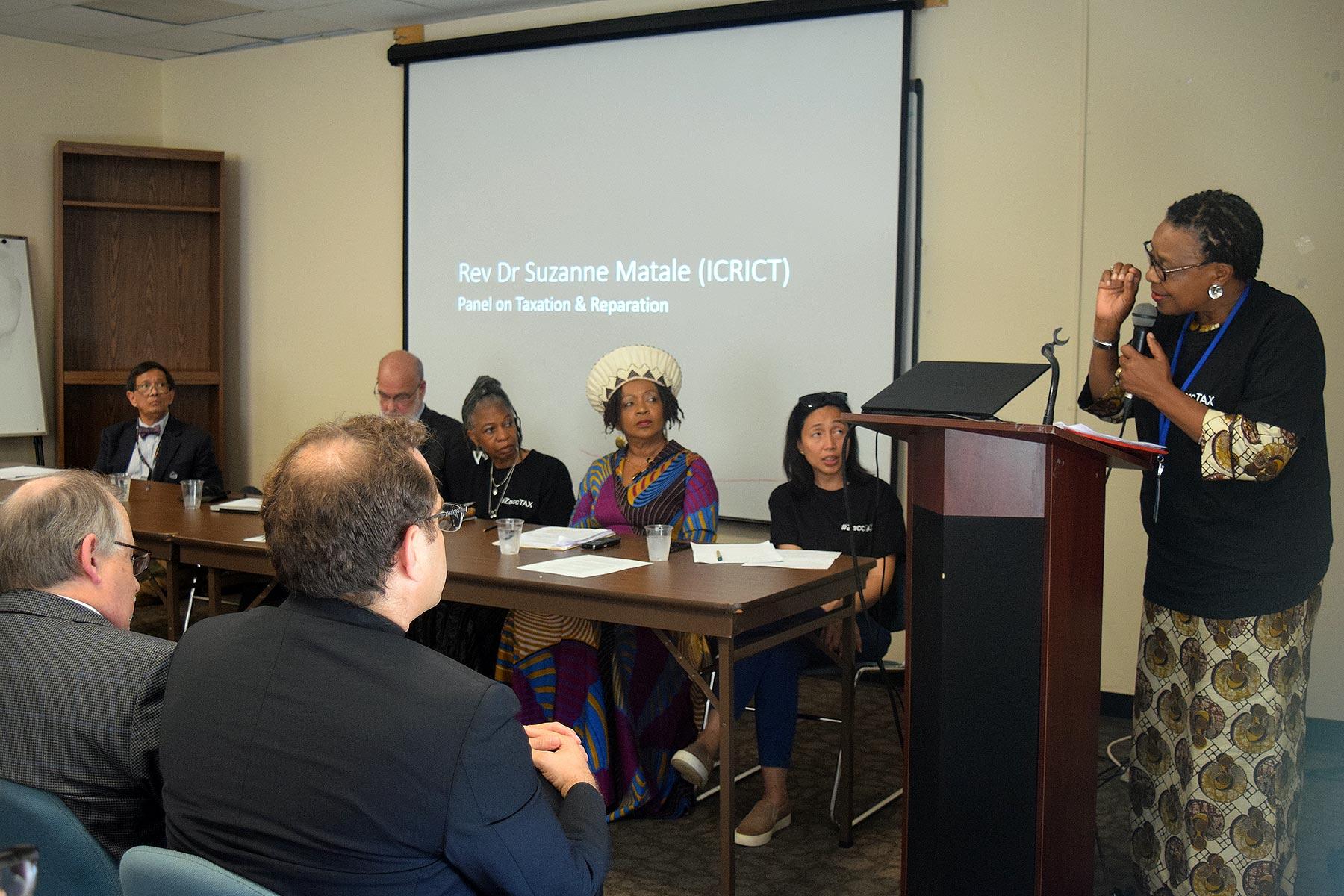 (LWI) - A new, ecumenical campaign advocating for tax justice was launched on 11 July at the United Nations in New York City. The “Zacchaeus Project” is a part of the New International Financial and Economic Architecture initiative (NIFEA), a joint effort by the Council for World Mission, the Lutheran World Federation, the World Communion of Reformed Churches (WCRC) and the World Council of Churches.

“Our faith compels us towards a just world,” said Philip Vinod Peacock, WCRC executive secretary for witness and justice, “and one way of attaining it is through a system of just taxation that is directed towards the needs of the poor and dispossessed and not towards the wants of a few.”

The project calls for a global tax and economic system that acts like Zacchaeus, the tax collector who repented of his wicked ways, which delivers equity and makes reparation for exploitation and injustice (Luke 19).

Zacchaeus’ changed ways are signs of the changes needed to our systems so that through the fruit of our work and wealth the poor are lifted up and those who have been exploited are recompensed.

“Zacchaeus’ changed ways are signs of the changes needed to our systems so that through the fruit of our work and wealth the poor are lifted up and those who have been exploited are recompensed. Taxation is an important tool for sharing wealth equitably within and across countries as well as for holding corporations and citizens accountable for their responsibility towards upholding the common good, including care for the global ecological commons,” states the concept note for the project.

The campaign advocates for tax justice, addressing social and ecological debts, including reparations for colonialism and slavery, at local, national and global levels. The campaign serves both to educate churches about the issues involved while advocating for tax justice and reparations at the highest level.

The specific calls of the Zacchaeus Tax Campaign include:

Learn more about the Zacchaeus Project (on WCRC website)

The Zacchaeus Project is funded in part by Otto per Mille, through its support of NIFEA.

Interfaith relations: Gathering around the Tree of Life
news