LWF and Caritas reaffirm shared commitment to serving the most vulnerable 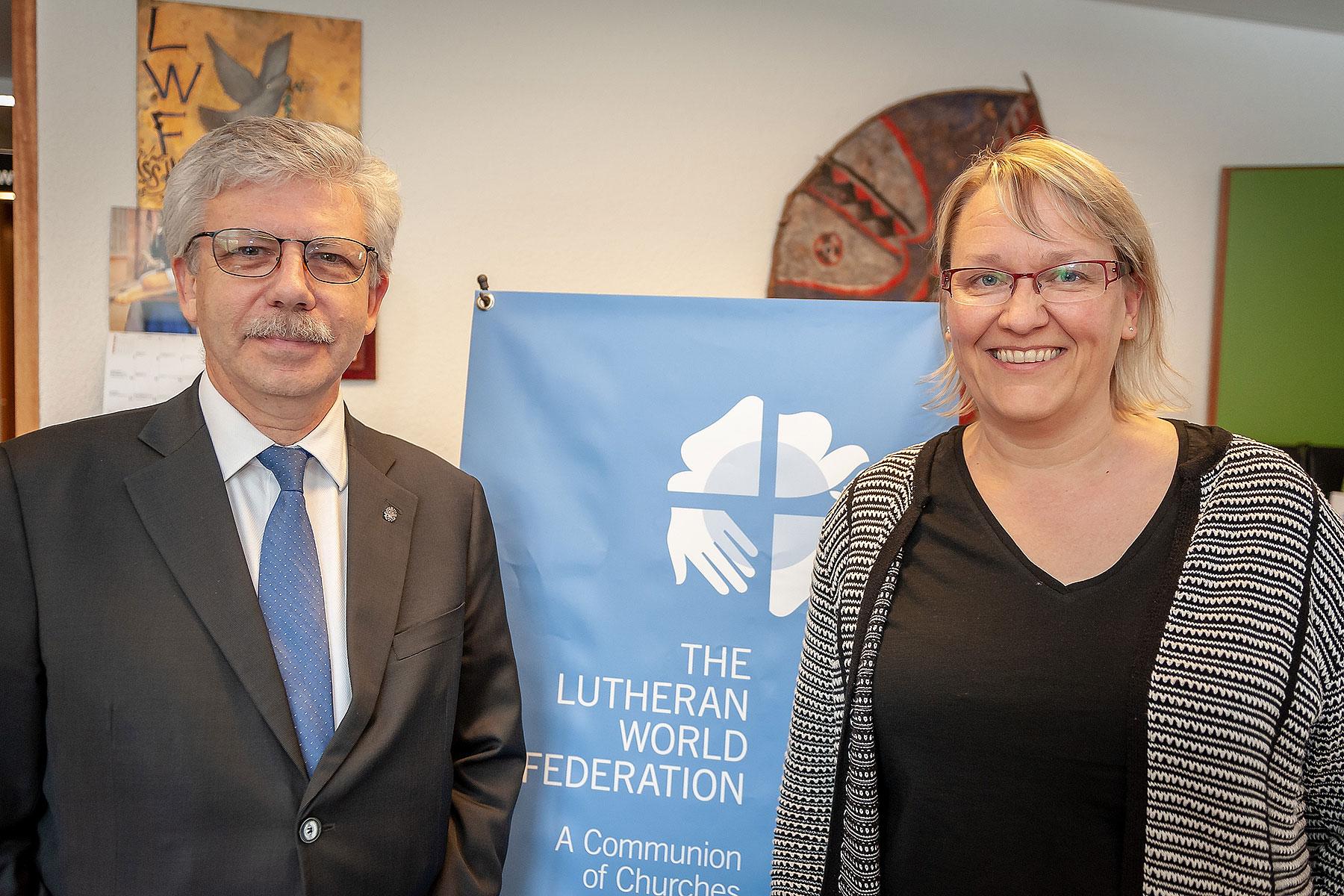 (LWI) - Nearly three years on from the signing of a joint declaration on increased cooperation, the World Service department of the Lutheran World Federation (LWF) and the global Catholic aid and development confederation, Caritas Internationalis (CI), are exploring ways of working more closely together on humanitarian action, advocacy and development.

Caritas Secretary General Michel Roy led a delegation to the LWF’s Geneva headquarters on 4 April during which he discussed cooperation in Colombia and Nepal, as well as the possibility of a coordinated response to cyclone Idai in southern Africa and support for victims of conflict in South Sudan.

The delegation met with World Service staff including director Maria Immonen, co-signatory of the Declaration of Intent between the two organizations in Malmö, Sweden, during celebrations marking the 500th anniversary of the Reformation.

Immonen stressed that although World Service collaborates with many different partners, the “agreement with Caritas Internationalis has a specific and special process” attached to the Malmö declaration, “so this unique type of collaboration […] is very important to us”.

Roy noted that the initiative is grounded in the fifth ecumenical imperative of the Lutheran-Catholic study document ‘From Conflict to Communion’ which calls for joint diaconal action. He said such cooperation is “not about creating formal unity, but in our diversity giving a common witness” to God’s love.

He explained that while World Service is directly implementing its humanitarian programmes and Caritas Internationalis is not, members of the Caritas network are engaged in implantation at the local level. He gave an example of the cyclone in Mozambique, Zimbabwe and Malawi, which he said “has been massively destructive so we have to join our efforts in emergency response, but also afterwards” for longer term recovery efforts.

Roy said they had also discussed stepped-up cooperation on both implementation and advocacy in war torn South Sudan, where the local Caritas works through the South Sudan Council of Churches. At international level, he highlighted joint advocacy for implementation of the UN’s Sustainable Development Goals and on the global compacts on migrants and refugees.

There are no doctrinal differences on why we work to serve our neighbor.

Asked about the challenges of this ecumenical cooperation, Immonen said the “primary mandate” for both Lutherans and Catholics is to work with the most disadvantaged and vulnerable people. There are “no doctrinal differences on why we work to serve our neighbor”, she said, adding that in shared action on care for creation or supporting refugees and internally displaced people “we all agree that these people are at the heart of the church’s mission”.

Roy said he sees this cooperation as a model for other ecumenical and interfaith work, describing it as a powerful Christian “witness to a world which has become very materialistic and secularised”.

Immonen added: “Our networks combined reach billions of people in the world, a reach which nobody else has, and we should be able to leverage that” to bring hope to “people at grass roots whose lives are often ignored by world media and those in power”.

‘From Conflict to Communion’