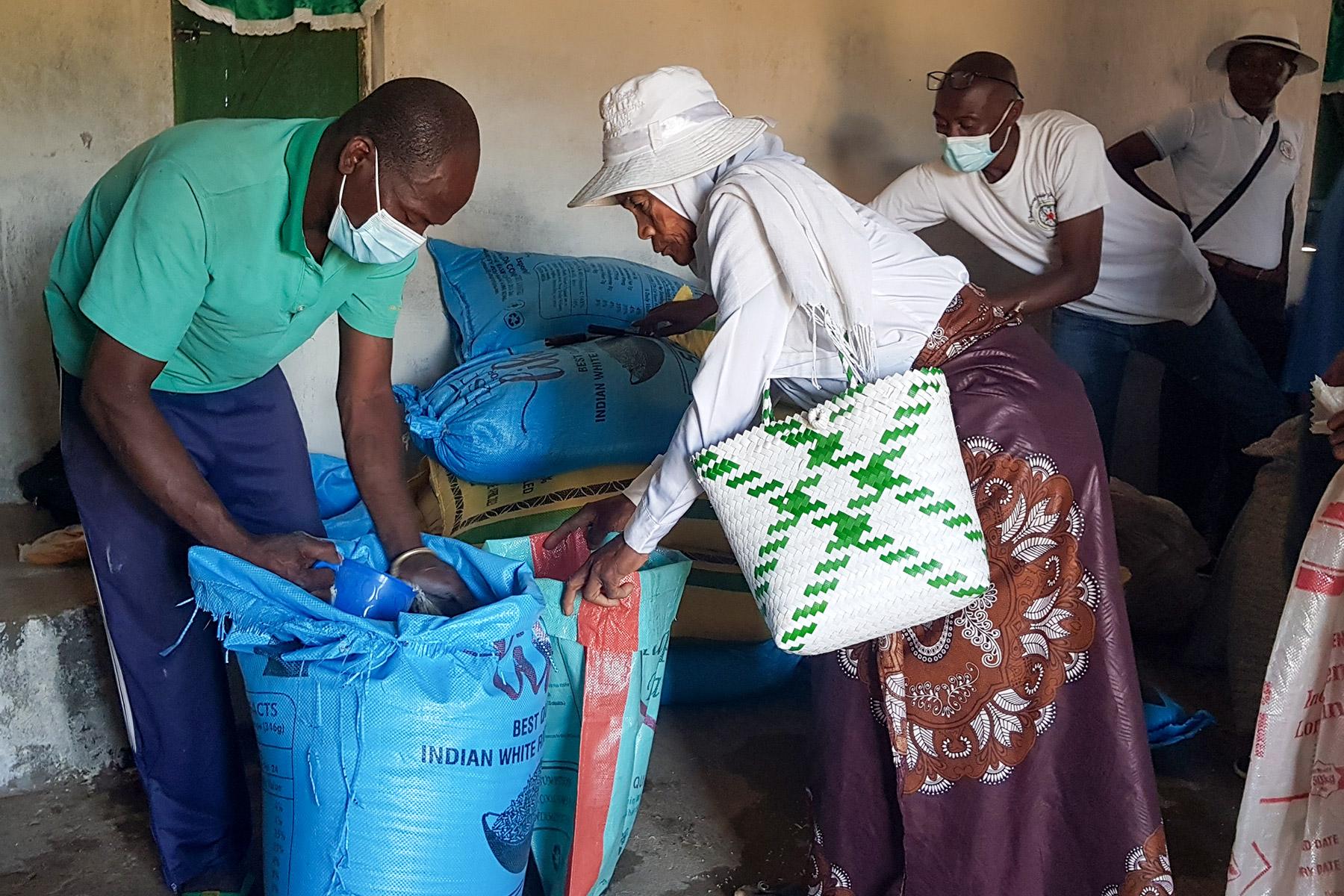 Malagasy Lutheran Church volunteers distribute food in Toliary synod, in the countryâs drought-hit southern region. The Evangelical Church of the Augsburg Confession in the Slovak Republic provided funding for the project. Photo: MLC

(LWI) – Lutheran communion solidarity between churches in Slovakia and Madagascar has enabled urgent food aid to reach the most vulnerable residents in a drought-stricken region where “almost all of the people are affected by famine.”

The Malagasy Lutheran Church (MLC) recently distributed food parcels to remote areas in six of its synods with support from the Evangelical Church of the Augsburg Confession in the Slovak Republic. The funds toward this project were collected in almost all the Lutheran parishes in Slovakia. Madagascar’s southern region has been experiencing a severe drought for more than four years, putting at risk the lives of over 1.2 million people, according to the United Nations World Food Programme.

“People are really destitute. It has not rained for quite a while, and the population could not plant. All the synods have water problems. There are many people begging on the streets both in towns and villages,” noted Mr Aristide Ramahatanaharisoa, coordinator of the MLC emergency relief distribution.

The aid provided is of paramount importance for these people. There is a dire need for food right now, people have been eating wild fruits and leaves including cactus to stay alive, urgent intervention is needed

“The aid provided is of paramount importance for these people. They have not ceased to thank the church, the volunteers and above all, they are grateful to God and all those who have supported them,” he noted. “There is a dire need for food right now, people have been eating wild fruits and leaves including cactus to stay alive, urgent intervention is needed,” he added.

The leader of the Slovak church, General Bishop Mgr. Ivan Elko, said “it is a great joy for us to be able to support our sisters and brothers in Madagascar.” He expressed his hope that other churches in The Lutheran World Federation (LWF) would be encouraged to offer such solidarity.

“We are glad that we can be a part of the LWF not just at the level of declaration, but in concrete, practical ways. By supporting the project in Madagascar, all members of our parishes can feel part of the worldwide Lutheran communion,” he added. 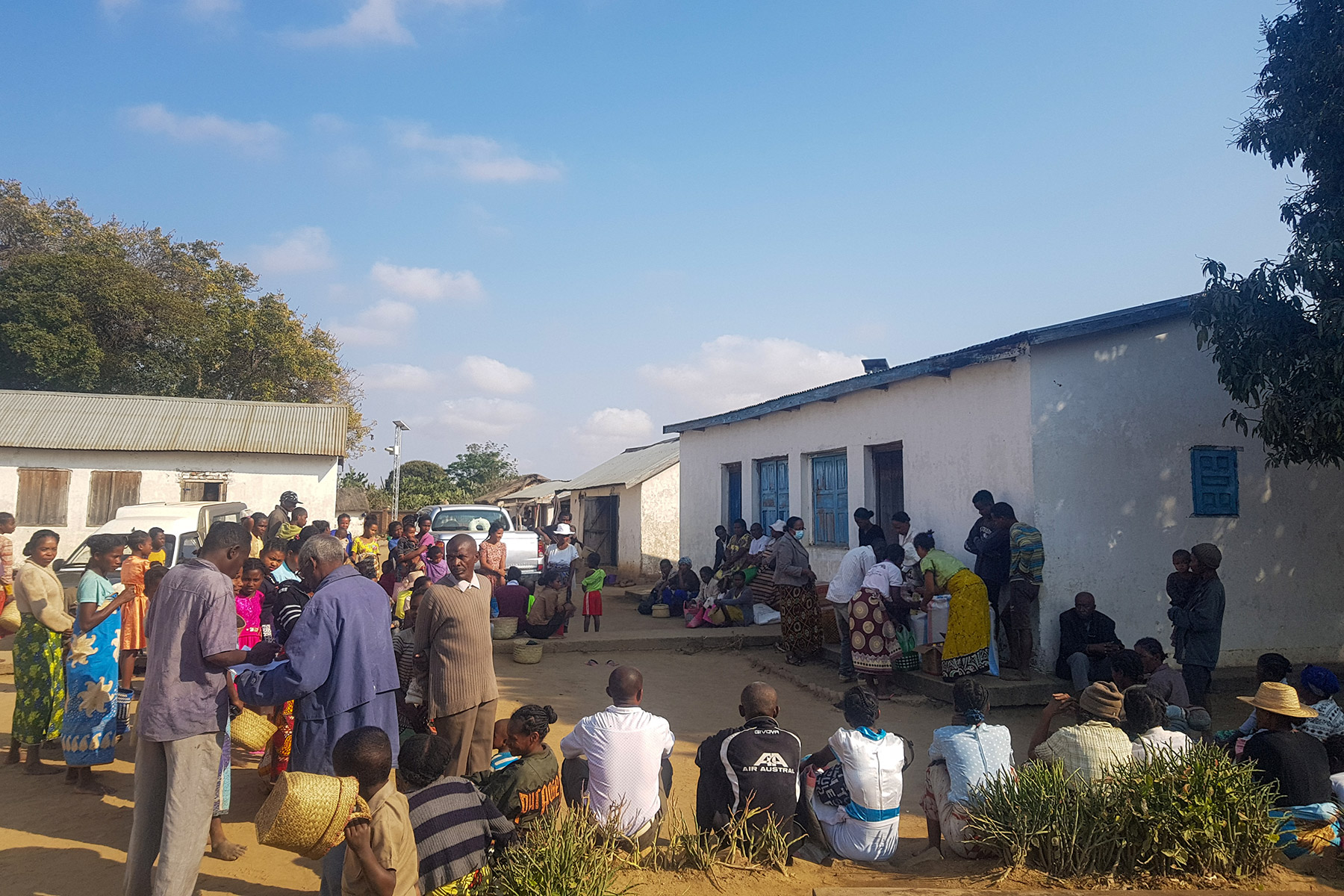 With cultivable land and many rivers drying up due to irregular rains, climate change is seen as a key contributing factor to the prolonged drought. The government has appealed to its partners, including humanitarian and non-governmental organizations to help the population affected by the drought, referred to as Kere (Kere means empty stomach in Malagasy).

The MLC distributed food parcels to 660 people who are among the most vulnerable groups including children under five, pregnant women, the elderly, people living with disabilities and underweight youth and adults. They received rice, corn, sugar, powdered milk and cooking oil. The aim is to “rescue the weakest people from possible imminent death, as the church looks at providing long-term support to build the population’s resilience,” Ramahatanaharisoa noted.

Reaching people in need in the remote areas is also challenging. Out of the 3,800 kilometers that the MLC volunteers drove to access the most vulnerable people, 2,800 kilometers covered sandy and rocky terrain. Some people came from communities “where they had to walk 25 km to reach the distribution locality in Behara in Ambovombe synod,” Ramahatanaharisoa said. 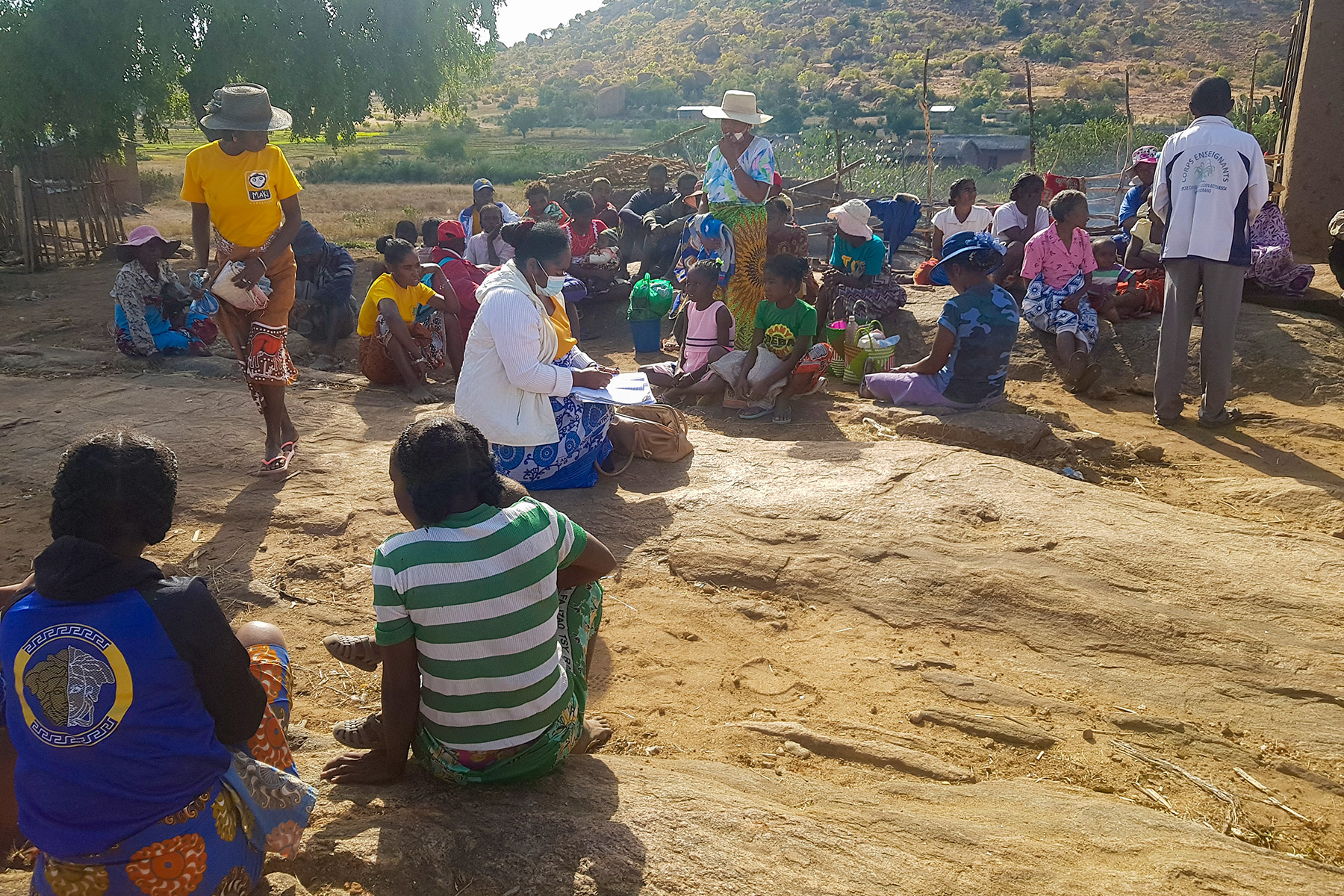 The LWF coordinated the Slovak church funding through its portfolio for member church projects.

COVID-19: Containing the impact of the Corona crisis in Namibia
news