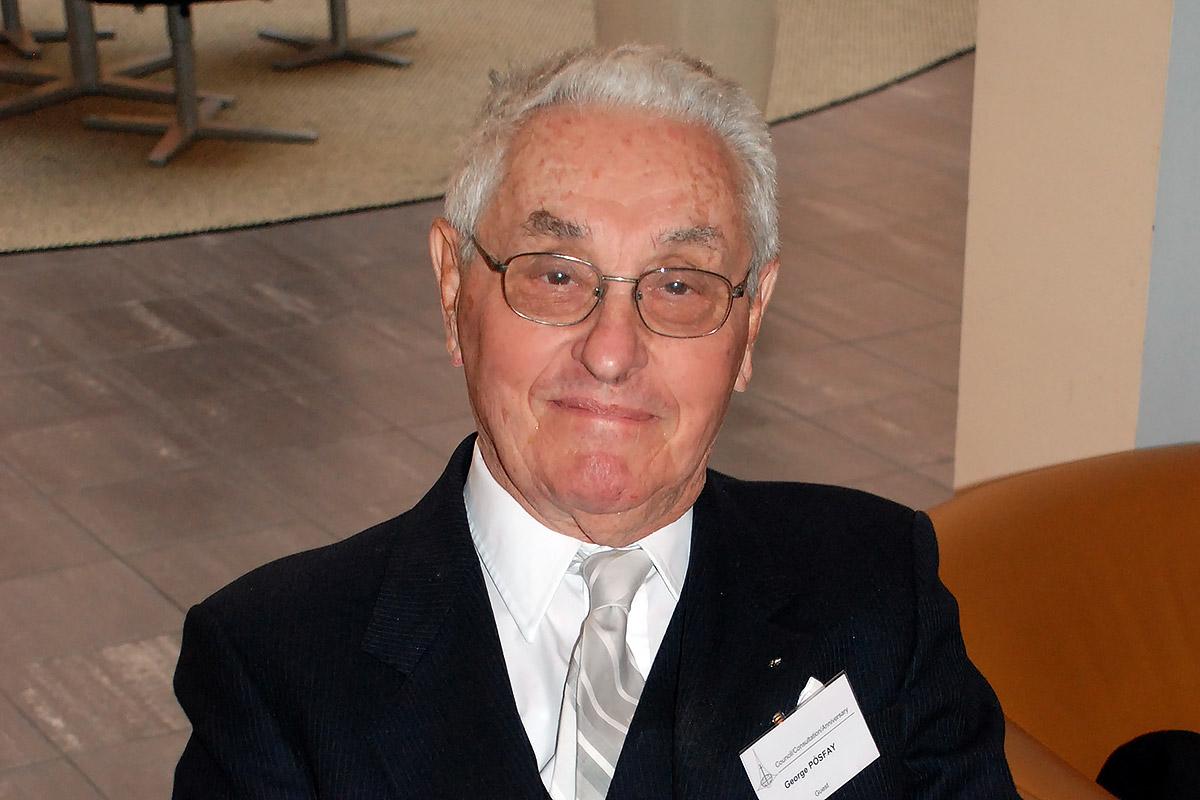 (LWI) - The Lutheran World Federation (LWF) has offered condolences to the family of the late Rev. George Pósfay of Hungary, who died in November at the age of 96, calling him a dedicated and beloved former executive staff person. Pósfay’s funeral service will be held on 18 November, at the Evangelical Lutheran Church of Geneva.

In a letter to his widow Emese and family, LWF General Secretary Rev. Dr Martin Junge noted that Pósfay had been very closely linked to the LWF since its beginnings 70 years ago.

Pósfay attended the 1947 Assembly in Lund, Sweden, where the LWF was constituted, and continued deepening his relationship with the global Lutheran communion over many years, serving in a variety of capacities.

In 1971 the theologian, originally from Hungary, who had served as a pastor and church leader in Venezuela, was appointed the LWF Latin America secretary in the then Department of Church Cooperation. In 1980 he was named secretary for Research and Planning in the same department, a post he held until his retirement in 1986.

“His deep interest for people, pastoral care and passion for the mission of the church granted him respect and affection,” said Junge in a letter to Pósfay’s widow.

“Many churches in different parts of the world and especially in Latin America remember his influence and working style, which always called for excellence and responsibility and looked for creative responses to the needs of those who suffered.”

Rev. Pósfay was born on 18 June 1921 in Budapest. He was ordained in the Evangelical Lutheran Church in Hungary in 1943, serving congregations in Hungary, the United States and Venezuela. He served several terms as president of the Lutheran Council of Venezuela.

Following retirement, he served as honorary supply pastor at the Hungarian Protestant congregation of Geneva and Lausanne, and was active in the Evangelical Lutheran Church of Geneva.

The pastor and historian was educated in Hungary at Elizabeth University and the Evangelical Lutheran Seminary in Budapest, doing post-graduate studies at universities in Uppsala and Lund, Sweden, and the United States, where he attended Augustana College and Seminary in Rock Island, Illinois, and Western University in Cleveland, Ohio.

In his letter to the family, the LWF general secretary said Pósfay lived out his faith through his dedicated work for the Lutheran family.

We give thanks for his dedicated life, and paraphrasing his own words in his farewell speech: ‘We are grateful to God that George could be part of the ecumenical movement and work with us so that God’s glory be manifested…’

“We give thanks for his dedicated life, and paraphrasing his own words in his farewell speech: ‘We are grateful to God that George could be part of the ecumenical movement and work with us so that God’s glory be manifested…’

“As we give thanks for Rev. George Pósfay’s life, we pray that when meeting God face to face, he hears the words, ‘Well done, good and faithful servant!’” Junge’s letter concluded.

A communion solidarity fund for support in challenging times
news