A Life-Long Commitment to Ecumenism 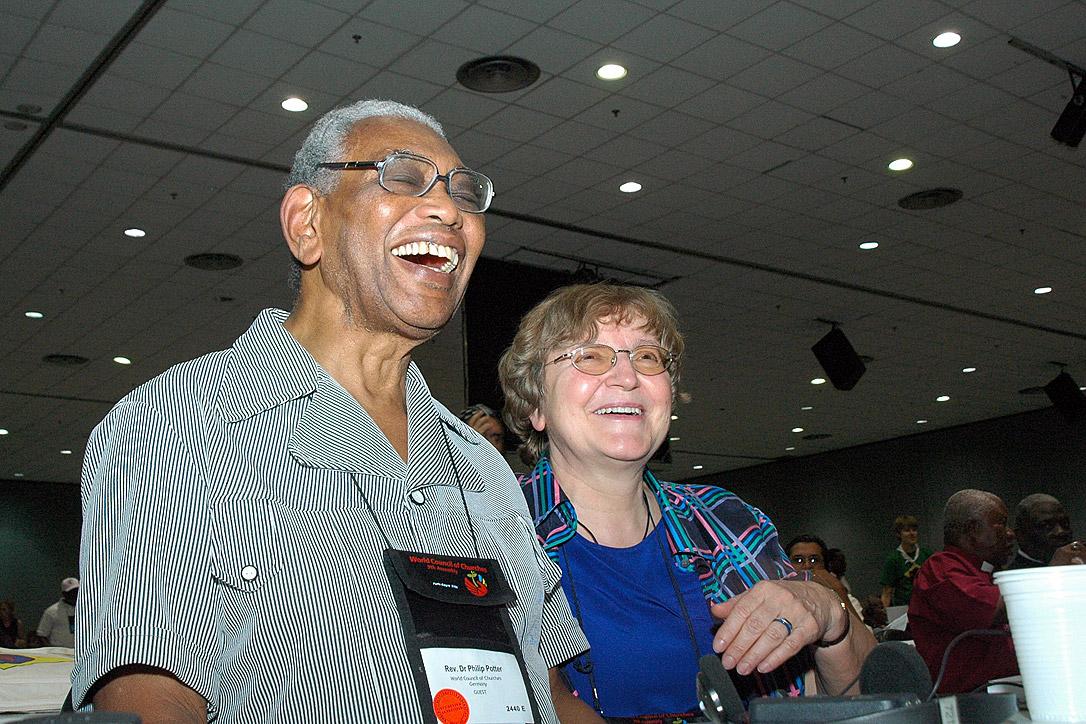 “The LWF gives thanks for the life and witness of Rev. Potter and we pray for God’s abundant love and grace at this moment of sorrow and pain,” General Secretary Rev. Martin Junge said in a letter to Potter’s widow, Bishop-emeritus Bärbel Wartenberg-Potter of the Evangelical Church in Germany (EKD).

Potter, whose funeral service took place today, served as WCC’s third general secretary from 1972 to 1984, chaired the board of the World Student Christian Federation (WSCF) from 1960 to 1968 and was renowned worldwide for his commitment to churches as they struggled for justice and peace.

“The ecumenical movement has been richly blessed by Rev. Potter’s life-long and fruitful commitment. His leadership in the World Student Christian Federation and the World Council of Churches inspired generations of Christians in their witness and service,” Junge said.

Potter was born in Roseau, Dominica, in the West Indies and died in Lübeck, Germany. He worked for the Methodist Missionary Society in London, represented the Jamaica Student Christian Movement at the 1947 world conference on Christian youth in Oslo, Norway.

Potter moved to Geneva in 1954 to work for WCC’s youth department.

His first wife, musician and composer Doreen Potter, who was the daughter of a Jamaican Methodist minister, died of cancer in 1980. He re-married in 1985.

His prophetic voice, calling for peace with justice, challenging unjust systems and encouraging churches to be open and inclusive, will continue to resonate in the hearts of many people around the world, Junge noted.

“We extend our deepest condolences and pray that that at this time of loss you and all those who loved and admired Philip feel God’s loving presence even closer to you, supported by the prayers and love from many around the world,” the LWF leader concluded.