Led by the heart on the journey to Christian unity

Anglican theologian Paul Avis has been working for Christian unity for the past half a century. He was recently awarded the Harding Meyer prize for ecumenism and shares his hopes for progress towards the goal of reconciliation 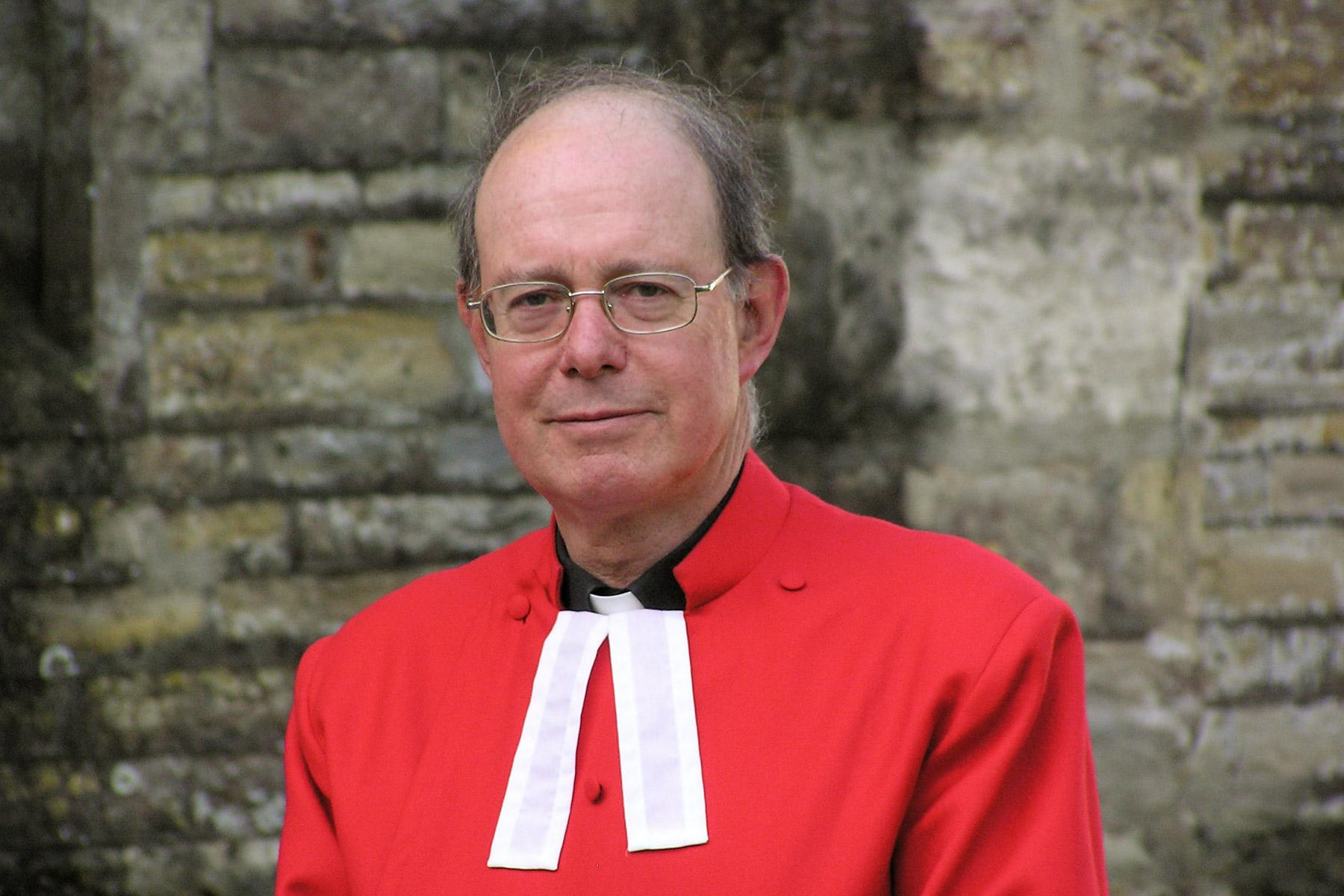 (LWI) - Leading Anglican theologian and author, Rev. Dr Paul Avis, has been named as the recipient of the 2022 Harding Meyer prize in ecumenism. The prize is awarded every two years to honor Meyer’s pioneering work in promoting reconciliation between the divided Christian churches.

The award winners are selected by the Lutheran Foundation for Interconfessional Research in partnership with the Strasbourg Institute for Ecumenical Research, where Meyer worked from 1971 until his retirement in 1994. Announcing their decision, members of the jury cited Avis’ latest book, Reconciling Theology, noting how it continues to explore the methodology developed by Meyer and to extend its application in particular to the Anglican tradition.

In the preface to his book, Avis, a former General Secretary of the Church of England’s Council for Christian Unity, recounts how he first encountered issues of ‘Conflict and Agreement in the Church’ in two volumes he picked up in a Christian charity shop in the early 1970s as a young doctoral student. Those volumes, he recalls, “seized my imagination" and "helped to launch me on an intellectual, spiritual and ecumenical journey.”

Can you tell us about your connections to the Strasbourg Institute and to the Lutheran World Federation (LWF)?

Yes, I have had quite a lot to do with the Institute and have loved going there and working with members of the LWF. I didn't know Harding Meyer personally, but I am quite captivated by some of his key principles in ecumenical theology, particularly that of ‘differentiated consensus’ which I regard as a major breakthrough.

That concept helps us to accept the reality that you cannot agree on everything, but you need to prioritize what you can agree on and use that as a basis for tackling further challenges. This was pivotal in the signing of the 1999 Joint Declaration on the Doctrine of Justification (JDDJ) between Lutherans and Catholics which was a crucial ecumenical achievement.

That document has been endorsed by Anglicans, Methodists and Reformed churches since then, with the five partners meeting for a major consultation in 2019. What do you see as the potential of this multilateral platform?

I think it has lost momentum and that is a great pity. Once you have got agreement on justification in the bag, as it were, you should be able to use the same method for making progress in other areas, such as the exercise of authority which comes up regularly in many of the different dialogues.

Those other world communions which have aligned with the JDDJ have done so on their own terms. As Anglicans, we never had a formal disagreement with the Roman Catholic Church over justification so we didn’t need the document, but we did want to support its methodology.

You have been working in ecumenism for the past half century – how do you see this current phase of the journey towards Christian unity?

We are in a bit of a lull, I think, because resources are limited and churches or world communions have had other things on their minds. I think they have also become a bit inward looking – this is certainly true of the Anglican Communion – and maybe less theologically serious, but more pragmatic perhaps. But I believe we must hold on to what we have already gained and use it as a basis for moving forward.

Some observers suggest that the inability to make theological progress has led the churches to adopt a more pragmatic approach of doing things together?

I wouldn’t oppose theological seriousness with practical action, but I believe the latter should be informed and guided by the former’s principles in order to explain why we do things together. I think theology is an eminently practical discipline, it should not be theoretical or up in the clouds, but rather lived out and practiced by all Christians.

There are also some who suggest that the ecumenical movement has lost sight of its original goal of full, visible unity among Christians: do you agree?

No, I don’t think that is correct. I am glad that the recent Lambeth Conference clearly reaffirmed the goal that has guided us since the ‘Appeal to All Christian People’, issued by the Anglican bishops a century ago at the 1920 Lambeth Conference. That is to affirm the goal of full, visible unity of the Church of Christ and I think we are on track with that in terms of vision and progress towards that goal.

As Lutherans and Anglicans in many countries, we have already achieved unity through agreements on full pulpit and altar communion, haven’t we?

Yes, and I greatly rejoice in those agreements for ecclesial or ‘full’ communion, although I believe this is not the end of a journey but something we can ‘live into’ more and more. For us, in the Church of England, we have the Porvoo Agreement, meaning there are no barriers between us in ministry and sacramental life. This has been very fruitful and I want to see it go from strength to strength.

Yet it can often seem hard to encourage a new generation of ecumenists who may have lost hope of seeing the kind of progress that was more apparent in past decades?

I think there is progress to be seen if we look in the right places. This may be mainly at the local level, in England especially between Methodists and Anglicans for example, as well as our ongoing interaction with Lutheran churches. When dioceses get involved in twinning with different churches, this has proved to be very fruitful and I would encourage more people to do that.

But the theological work is crucial and that is what I try to do in my book which won the Harding Meyer prize. We need to burnish our vision of unity, understanding how the Church of Christ is fragmented by our disunity. When we understand Christ’s will and purpose for his church, which is certainly not in its present, sorry and divided state, that galvanizes me, and I hope others, to do what I can to overcome those divisions.

Finally, do you see the idea of receptive ecumenism as a key to future agreements between the different churches?

I have always seen this as a very fruitful pathway for all the churches, both at the top level and at local levels. We have to ask ourselves, what can we, as needy people, learn from others – this is the spirit of all ecumenical relationships. Receptivity is the key to successful ecumenism and a humble, learning spirit is vital.

I think it is in the heart of some people to want to overcome separation and to bring people together. I have certainly always been led by my heart and that provides me with the motivation for the ‘head’ work I do to try and contribute to this longed-for reconciliation of Christian theologies and people.

Rev. Dr Paul Avis is Honorary Professor at the University of Edinburgh’s School of Divinity. His latest book ‘Reconciling Theology’ was published by SCM Press in London in March 2022. The next Harding Meyer prize will be awarded in 2024. Applications may be submitted from 1 October 2023 to 29 February 2024 and should be addressed to the Institute for Ecumenical Research, 8 rue Gustave-Klotz, F - 67000 Strasbourg (strasecum@ecumenical-institute.org)