A lasting peace needs to include everyone 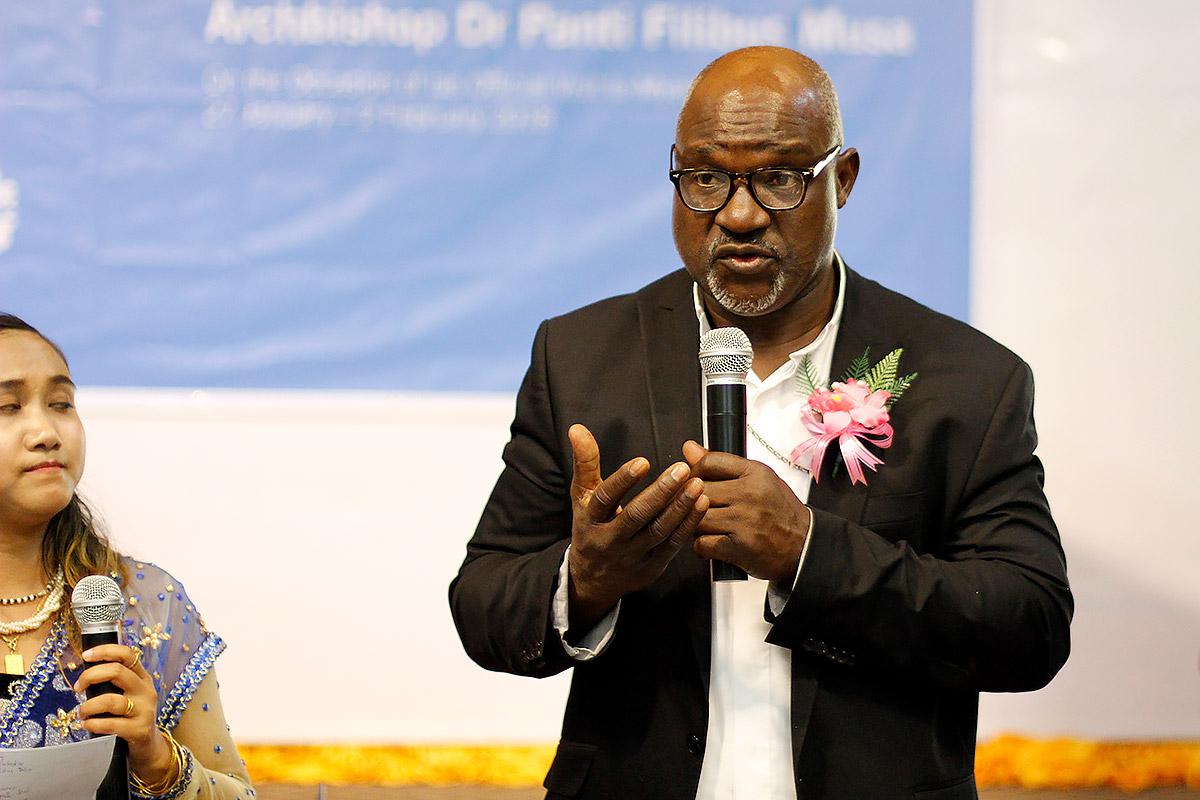 (LWI) - On his visit to Myanmar, LWF president Archbishop Dr Panti Filibus Musa called on government officials to work for the benefit of all society. “Peace that does not include everyone will not last,” was his message in meetings with ministers and other officials in the country.

In Sittwe, the capital of the troubled Rakhine state, the LWF president convened representatives of the United Nations and other INGOs, such as NRC, Plan International and Oxfam, representatives from the local government and leaders of the Buddhist community, providing a space to meet in a sensitive political situation.

In his conversations, the LWF president voiced his appreciation for the continued acceptance and State support for the work of LWF World Service with vulnerable communities, especially in Myanmar’s Rakhine State. As many of the LWF implementing areas are restricted, the government needs to facilitate access and security for LWF staff to be able to work.

LWF and other international non-government organizations are not here to replace the government but rather to work alongside it for the benefit of this generation and the next. My visit is an expression of solidarity and support from the global communion of churches to the people and churches of Myanmar.

“LWF and other international non-government organizations are not here to replace the government but rather to work alongside it for the benefit of this generation and the next,” the LWF president said. He outlined the LWF policy of working with governments as primary duty bearers to ensure a lasting development for peace and prosperity.

“My visit is an expression of solidarity and support from the global communion of churches to the people and churches of Myanmar,” he said.

LWF started working in Myanmar in response to cyclone Nargis in 2008. In 2012, long-standing ethno-political-resource tensions between the Buddhist Rakhine and the Muslim population turned into violence leading to displacement of the affected population. LWF then expanded operations to the camps of displaced populations of both communities shortly thereafter.

Today, LWF World Service has offices in Rakhine, Chin, Kayin and Delta states. The biggest operation in Rakhine State is to provide education and development support those in need in both the Muslim and Rakhine communities where rights and access to quality social services remain a challenge.

LWF World Service is running temporary learning spaces, kindergartens and providing teacher training in the camps set up for displaced and underserved communities. The LWF temporary learning spaces are often the only way for these children to receive an education. LWF also trains teachers and rehabilitates schools in vulnerable Rakhine communities. More than 15,000 children of both ethnicities benefit from that support every year.

The Chief Minister of Rakhine state shared his appreciation for LWF’s “fair and balanced” response in Rakhine, in working with all communities in need of assistance, both displaced and host communities. “Emotions are really high in Rakhine State and as such INGOs should ensure that they use conflict sensitive approaches and do no harm,” the Chief Minister of Rakine said.

Other government officials also expressed appreciation for the quality of LWF work, indicating that LWF has a very good reputation amongst NGOs in Myanmar. Following the displacement crisis in Rakhine state, LWF together with other NGOs had called for a better protection of refugees and returnees.

“Although the challenges are many, we wish everyone success in bringing diverse groups together in unity for nation-building,” LWF president Musa said. “Segregation is not a viable long-term solution. There has been peaceful co-existence among the residents of Rakhine State in the past, and we hope that the concerted political, social, cultural and economic development peace and advocacy efforts will succeed in finding sustainable solutions for all the people in Rakhine and Myanmar.”

Musa, who is Archbishop of the Lutheran Church of Christ in Nigeria, was elected president of The Lutheran World Federation at the Twelfth Assembly in Windhoek, Namibia, in May 2017. The visit to Myanmar was his first in office as LWF president.

LWF president Archbishop Dr Panti Filibus Musa called on government officials, during his visit to Myanmar, to work for the benefit of all society. “Peace that does not include everyone will not last,” was his message in meetings with ministers and other officials in the country. 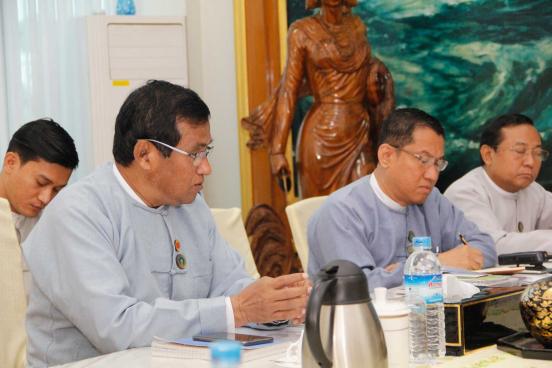 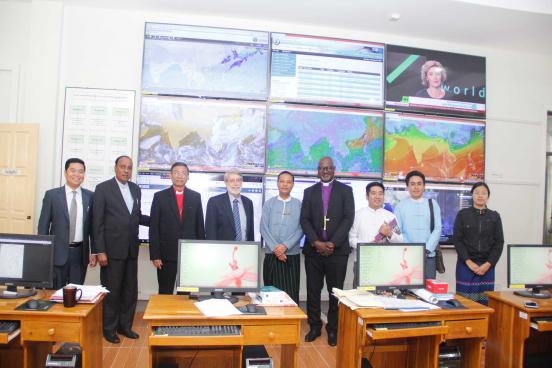 Courtesy Call and visit to the Emergency Operation Center of the Relief and Resettlement Department (RRD). 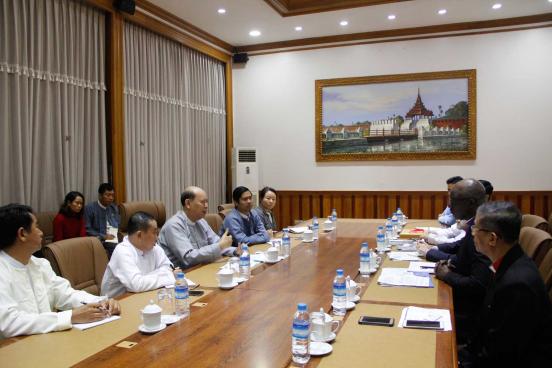 Courtesy call and meeting with the Ministry of Education. Education for children is a key component of our work in Myanmar, especially in Rakhine. 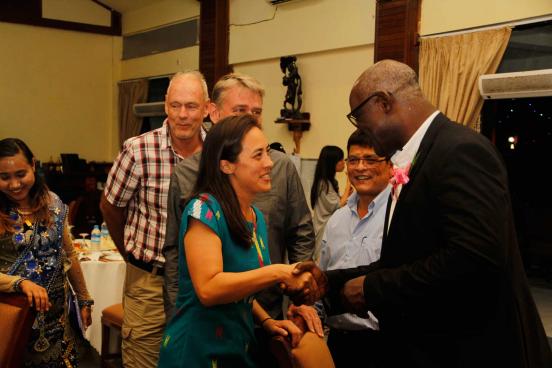 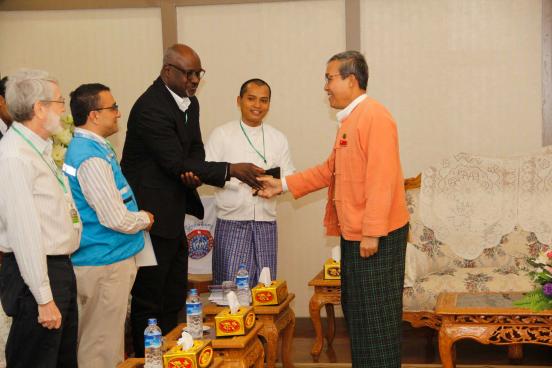 Courtesy call and meeting with the Chief Minister and 6 of his State Ministers.

Together, we can do so much
news