It Takes Courage to Work for Unity 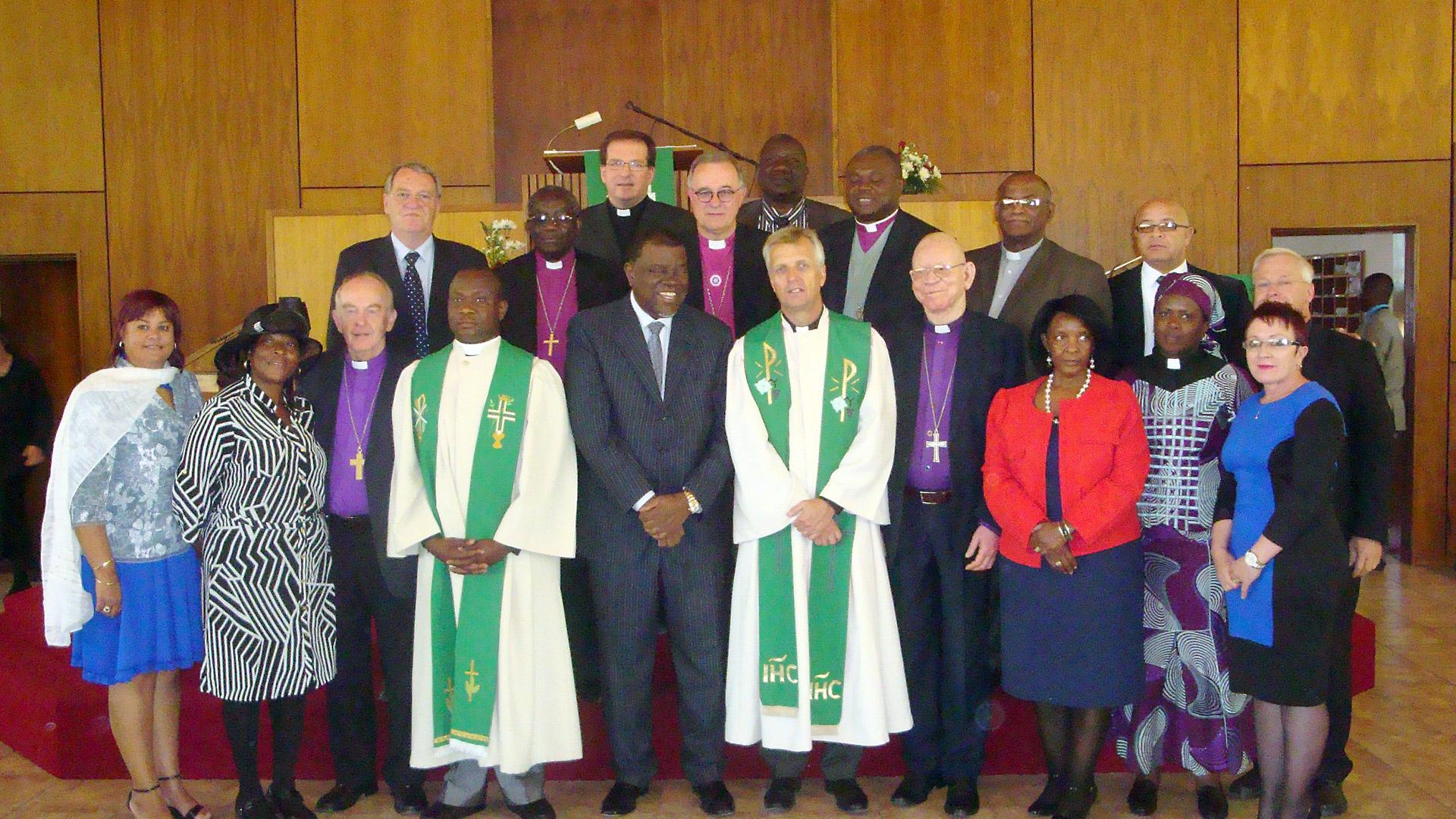 In his sermon at the Sunday worship, LWF General Secretary Rev. Martin Junge encouraged the Namibian Lutheran churches to continue to work for a good, common future, saying he trusted that they would grow even closer together as they sought to achieve their goals of bridging, reconciling and serving both church and society.

The general secretary said: “It takes courage to work for unity, because there seems to be so much that is driving us apart such as history, culture, poverty and violence. Yet God calls us together to express the vision that unity in reconciled diversity is possible. I come with a word of thanks for the courage that is among you, and encouragement that you continue witnessing to unity.”

He also emphasized the need to be in solidarity with each other. “Stories about sharing bread are the most frequent in the Bible. As Christians we are called to share bread. And that is why it is our task to sit together at one table and share our food.”

Junge led an LWF delegation to Namibia and neighboring Angola from 19 to 24 September, which visited communities that are impacted by severe drought in the two southern African countries. With support from the LWF, the three Namibian churches are coordinating an ACT Alliance drought response initiative that includes a cash relief payout to help families across the country meet their basic food and other needs. In southern Angola, the Department for World Service (DWS) country program and Evangelical Lutheran Church of Angola are distributing food to vulnerable families living in remote areas and supporting efforts to strengthen food security and protect agricultural and livestock assets.

“As a global communion we believe that we should live together and serve one another. Through justification we are free because God has freed us. Free to serve the neighbor. And that is a freedom we can count on, and which our suffering neighbors can count on,” Junge said in his sermon.

Dr Nashilongo Shivute, Deputy Permanent Secretary at the Ministry of Lands and Resettlement, greeted the congregation and the visiting Lutheran leaders and thanked the LWF for its longstanding commitment to Namibia. “The LWF was here during our liberation struggle and for the repatriation of our fellow countrymen. And that not just with fine words, but physically with staff and an office here. We will never forget that,” she emphasized.

An estimated 800,000 Namibians are faced with critical food and water shortages, and reduced pastures for their livestock as a result of the worst drought in nearly three decades. In southern Angola more than 629,000 people are severely affected by a prolonged dry spell.

(Written for LWI by Klaus Rieth, Evangelical Lutheran Church in Württemberg, who accompanied the LWF delegation to Namibia.)