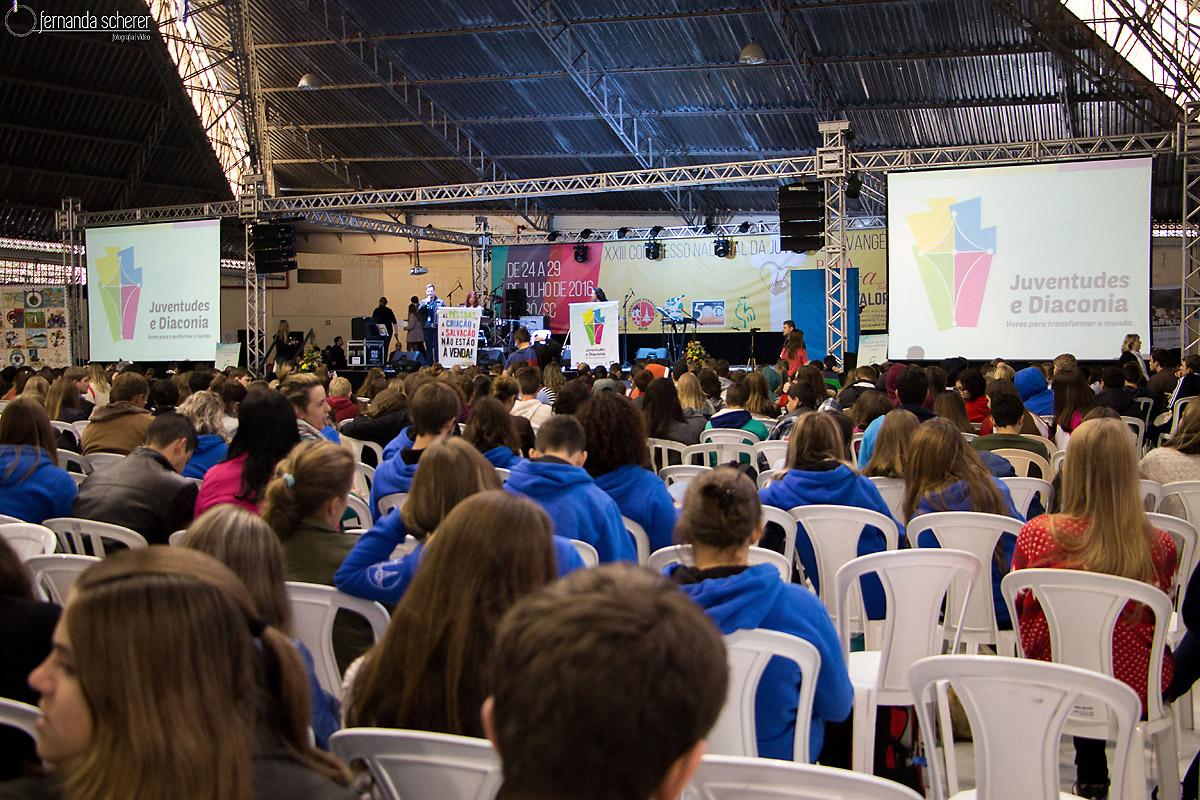 Commemorating 500 years of the Reformation in Brazil

Three Brazilian Young Reformers are inspiring youth across their church to make diaconal service more visible, and in the process, creating a network of church workers they hope will be a lasting legacy.

A church must be alive and diakonia is the expression of the love of Christ.

“A church must be alive and diakonia is the expression of the love of Christ,” said Martina Wrasse Scherer, a member of the Evangelical Church of the Lutheran Confession in Brazil (IECLB). “Our youth need to know what diakonia is.”

The Porto Alegre members of the Global Young Reformers Network (GYRN) then reached out to 1,000 youth across the IECLB, teaching them about the importance of diaconal service, human rights, volunteering and networking.

The Lutheran World Federation (LWF) launched the GYRN in 2014 to encourage more young people to contribute to the life of member churches, and take part in commemorating 500 years of the Reformation in 2017. To date, “Living Reformation” projects led by some 300 young reformers in all the seven LWF regions have engaged more than 25,000 people on local initiatives on the Reformation anniversary sub-themes, stating that salvation, human beings and creation are not for sale.

In Brazil, the young reformers established a national network with different partners active in social justice to help the young people understand how to apply what they had learned in various contexts across the country.

They developed material on the history, concept and implications of diakonia, monitored projects using social media, and in 2016 made a presentation to the IECLB National Youth Congress.

Scherer, Borchardt and Labes say they were moved by the theme “Human beings – not for sale.” Despite the challenges of dealing with a huge country over several time zones, they persisted and received positive feedback.

With almost 700,000 members, the IECLB has been part of the LWF since 1952. At the national level, it has been involved in a variety of Reformation anniversary commemorations.

In March, over 2,000 women took part in the National Women’s Encounter under the motto “Women Celebrating 500 Years of the Reformation.”

Following the event, they issued a call for the voices of women to be heard in the church: “We are women in the Reformation movement that continues to be reformed. We will not wait another 500 years for this to happen.”

This year Brazil’s post office issued a stamp commemorating the 500th anniversary of the launching of the Reformation featuring an image of Martin Luther and the inscription: “In the beginning, the Word,” in Portuguese and German.

Meanwhile Labes emphasized that the youth and diakonia project should remain a part of the church’s life beyond the anniversary year. “We have created a new form of work in our church and hopefully it will continue functioning for years to come,” she adds.

‘Luther Gardens’ in the Philippines
news

Inspired by the spirit of ‘not being indifferent’
news

One tree at a time
news