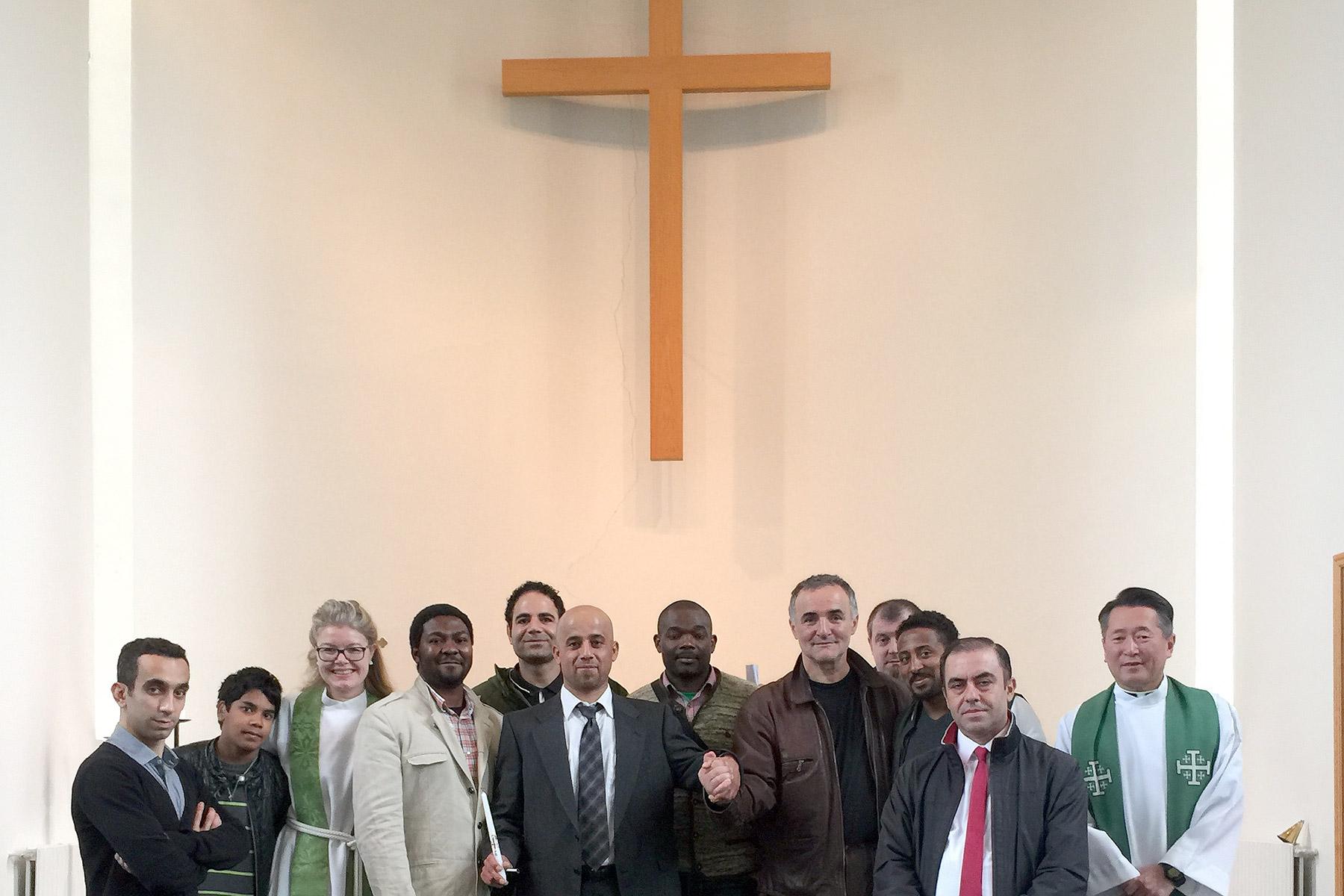 (LWI) - Rev. Toshiki Toma’s work in the Icelandic capital of Reykjavik reflects the far-reaching changes taking place in the geographically isolated Nordic nation. With a largely homogenous population of less than 400,000, the country, until quite recently, required any foreigners requesting Icelandic citizenship to take an Icelandic name as well.

In the 1980s and 1990s, immigration started to rise as workers, mainly from Eastern Europe and Asia, came to take advantage of Iceland’s booming economy. Toma, originally from Tokyo, arrived with his Icelandic wife in 1992 and, shortly afterwards, began providing advice and counselling to other immigrants who had little or no support from the state.

Today he still provides practical and spiritual support to a growing immigrant population, largely African and Middle Eastern asylum seekers fleeing from poverty and conflict. But government attitudes towards the newcomers have changed, he says, and the church has been providing leadership in ‘welcoming the strangers’ in their midst.

Tell us firstly about your origins in Japan and about why you wanted to become a pastor?

I am the only Christian in my family as most of my relatives are culturally Buddhist or Shintoist. I first walked into a small Lutheran church in my Tokyo neighborhood when I was 18 or 19 and looking for a purpose in my life. At university I majored in political science and was active in the Social Democrat party, as well as in my local church.

After graduation, I worked for the education department of a national union where I could see that people were always worrying about their future, concerned about their old age or family problems. I came to realize that politics and human rights work can cultivate the ground for wellbeing, but cannot really create happiness, so decided that I wanted to work in the church to help people find true happiness. 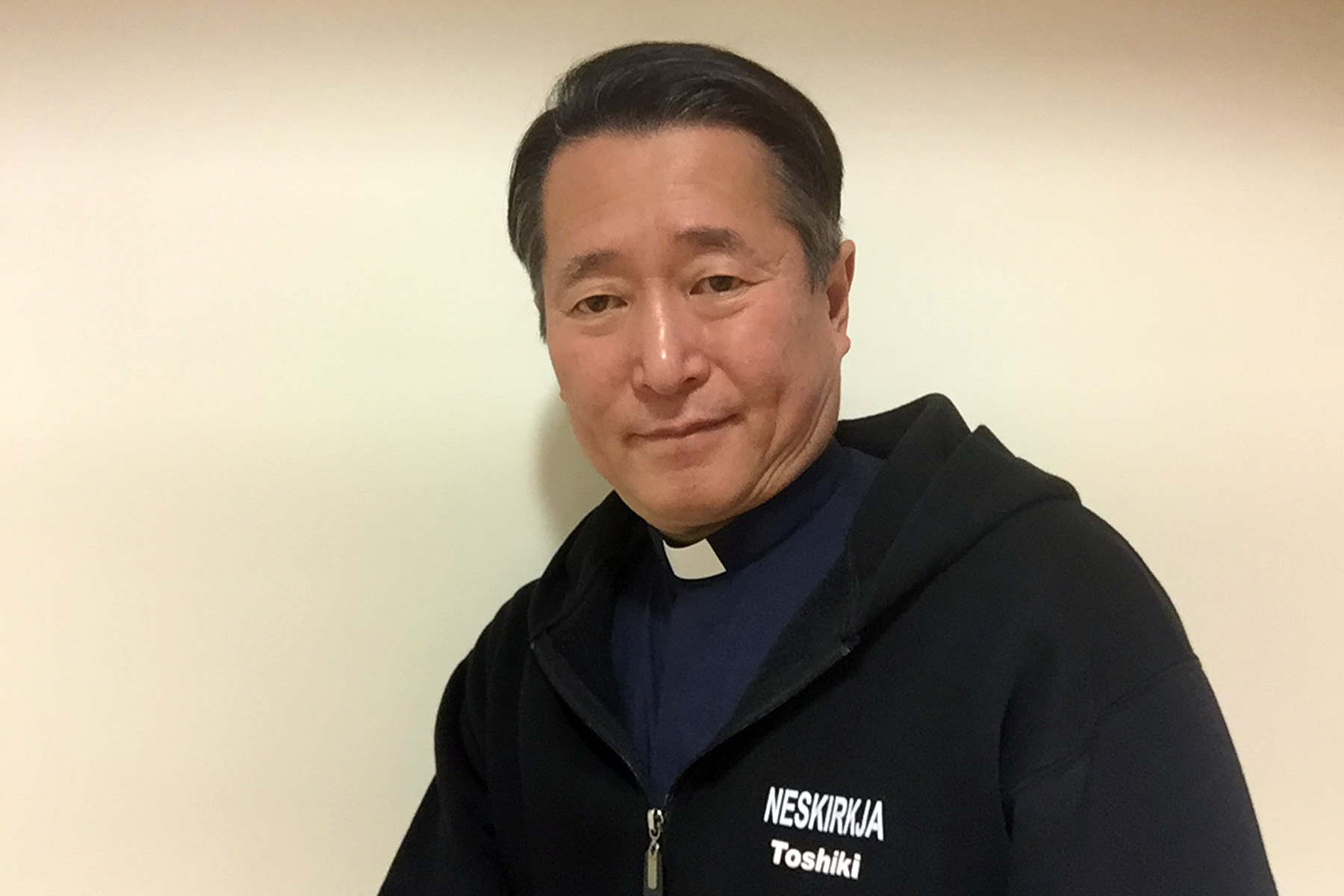 How did you family react to your decision to be ordained?

My father was very open to the idea. When I told him I wanted to quit my job and go to the seminary, he replied: “It’s better to work for God, than for money.”  My mother was not quite so positive in the beginning, but she did not oppose my decision and I was ordained 30 years ago, in March 1990, in the Japan Evangelical Lutheran Church (JELC).

How did it come about that you moved to Iceland?

During my last year of seminary in 1989, I went on a two-month course in Jerusalem, run by the Church of Sweden. There I met and fell in love with an Icelandic pastor and we got married after my ordination. She came to live in Japan for two years, but our church is very small so there was no possibility for her to work as a pastor and we decided to move to Iceland in 1992. We divorced in 1999.

I wanted to serve as a pastor in the Icelandic church but I couldn’t speak the language, I knew no one except my wife’s family and I had to take some courses at the theology faculty to train as a pastor for the The Evangelical Lutheran Church of Iceland. It took five years, so I did part-time work and learnt the language while I looked for other opportunities.

You work now as the pastor for immigrants: what support do you offer?

There was no one doing this work before me but just after I arrived, in the mid-1990s, immigration started to rise, including women from Asia -- the Philippines, Thailand, Vietnam -- who married Icelandic men. As Asian women, they were often too shy to speak about their problems but they found it easier to talk to me as someone who understood their culture. Many were not Christians, so rather than working as a pastor, I started out as a counsellor for them as there were no other support services at the state or municipal level.

I helped them to find jobs and apartments, and tried to help them deal with discrimination, which they experienced from people who were not used to contact with foreigners. If someone couldn’t speak their language, Icelanders often confused this with being uneducated, so a lack of language skills made you into a second-class citizen. Iceland is such a small country and its people have a very strong attachment to the language. It’s seen as a symbol of national unity and they are afraid that if they lose their language, they will lose their identity. 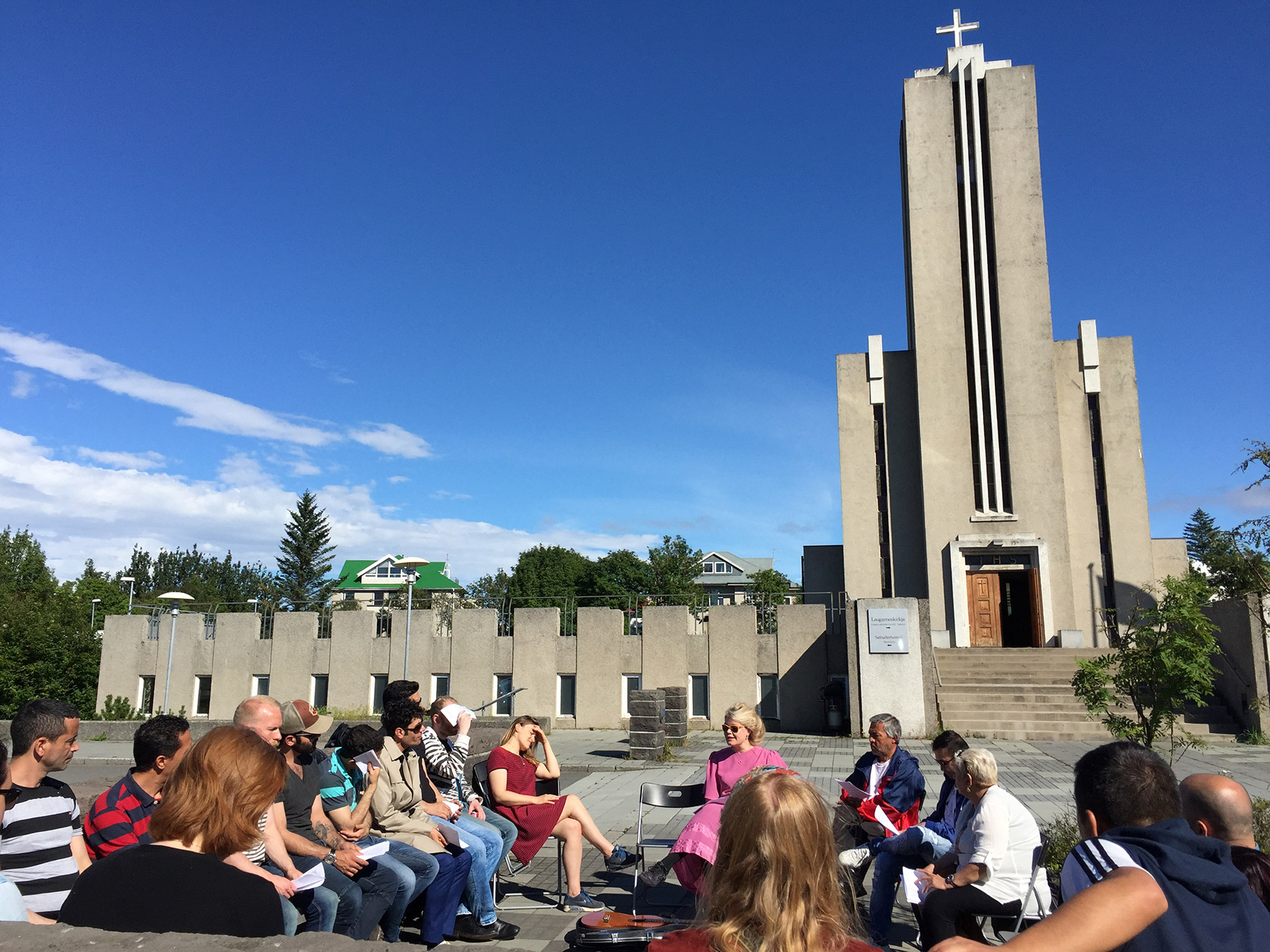 Who are the people coming to you for help and has that changed over the years?

Things changed around 2004, when Poland and other Eastern European countries joined the EU (European Union). Iceland is part of the European Economic Area and the Schengen Agreement so workers could come freely from these countries. Iceland made a big effort to provide better reception for these immigrants, so I was able to move back into my normal work as a pastor, the way I had originally planned.

In 2008 we had the big economic crash which destroyed many things in society but slowly things returned to normal around 2012. A few years after that, we saw a new phenomenon of asylum seekers, coming from Africa, South America, Eastern Europe and the Middle East. There are between 800 and 1,000 applications per year and now I work mostly with them.

In my church (International Congregation of the Breidholts-church), 70 percent are from Iran, Iraq and Afghanistan, so they were culturally Muslim but they want to attend our Sunday services and we baptize them if they wish. Even if they are not seeking asylum or their applications are rejected, we try to support them as much as we can.

How welcoming are people to these newcomers now?

Icelandic people want to help, especially families with children, but they are often less sympathetic to young men, so I welcome them especially. Being such a small country, Icelanders also value people as individuals, in a way that is very different from my native Japan, so I hope they will continue to embrace the unique value of each individual.

When I started this work, the church didn’t understand my ministry at all and asked: ‘Why should we be helping Buddhists or others?’ Now the bishop of Iceland is very supportive, saying that the church could do much more. After a group of us visited Geneva last September, we set up a working group to propose more support for asylum seekers at the next church synod. It’s a big change from 10 years ago and I’m very happy about it.