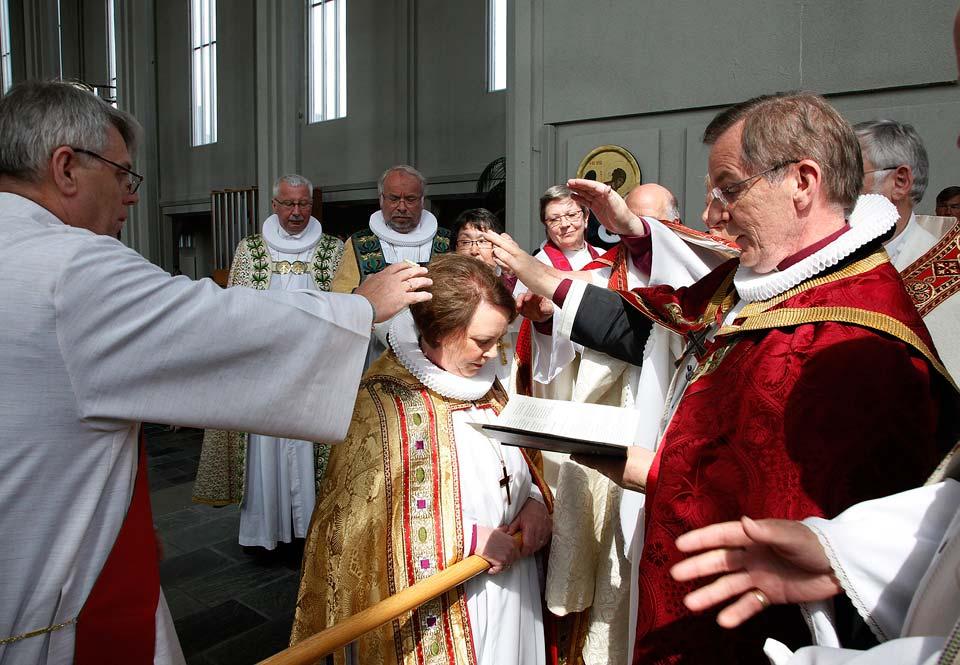 “We celebrate your ordination as a bishop in the memory of Jesus’ commissioning women disciples to become his followers and partaking in God’s mission to the world,” Junge said in a congratulatory greeting conveyed on behalf of the LWF by Bishop Jana Jeruma-Grinberga, Lutheran Church in Great Britain, at a reception following the 24 June consecration service in the cathedral of Reykjavik, Hallgrímskirkja.

In baptism, every Christian was called and empowered for participation in this mission, Junge added in his remarks.

In her consecration sermon, Sigurðardóttir emphasized that all church members have a role to play. “We are to serve God, the God who Jesus Christ revealed to us. This service is not meant for the few but for all [people], in all times,” she said.

One of the main goals of the new bishop will be to attract more people to The Evangelical Lutheran Church of Iceland, which has suffered losses in recent years. “We should do that with joy and interest, not just to raise the number, but because of the good message that we are entrusted with,” she said.

Sigurðardóttir was elected with 64.3 percent of votes in a second round of elections. She succeeds Karl Sigurbjörnsson, who retired at the end of June. The new bishop has worked with youth, as a parish pastor and as regional dean.

In his greeting to Sigurðardóttir, Junge noted that the Statement on Episcopal Ministry issued by the LWF Council in 2007 affirmed the church’s role of offering healing and reconciliation to a wounded world, including those hit by the current economic crisis.

“The church’s trustworthiness grows as we stand together and at the sides of those in need, for economic and social justice,” the general secretary concluded.

The Evangelical Lutheran Church of Iceland has 247,245 members and has been an LWF member since 1947.