“I heard of signs of peace in South Sudan, so I decided to come back” 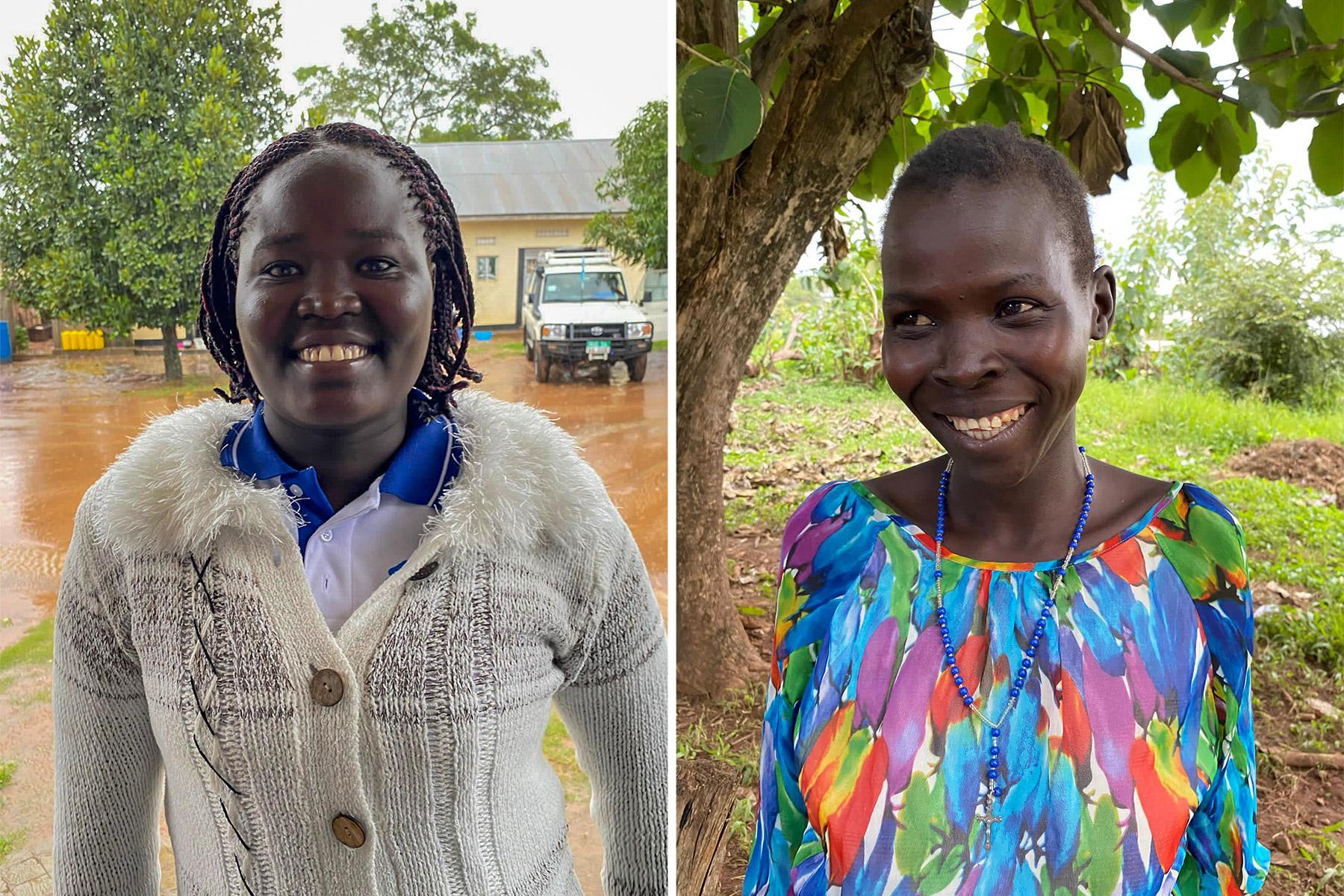 (LWI) - Since October 2019 The Lutheran World Federation (LWF) World Service has been working with partners to promote the socio-economic integration of returnees and receiving communities in Magwi County. The county is situated in Eastern Equatoria on the South Sudan and Ugandan border.

Because issues of displacement transcend borders, LWF applies a regional approach to its response. As humanitarian actors we work with both returnees and refugees.

“Because issues of displacement transcend borders, LWF applies a regional approach to its response. As humanitarian actors we work with both returnees and refugees,” affirmed Chey Mattner, Head of Operations, LWF World Service.

Finding refuge at home, a transition from asylum

Since January 2021, a total of 66,065 people have returned to South Sudan from the refugee settlements in Uganda. With majority being women. Lillian* returned to her South Sudanese home in Oyere in Magwi County after seeking asylum at a refugee settlement in Uganda. She was forced to flee her home country in 2016 due to conflict and was encouraged by the signs and ‘pockets of peace’ to venture back in search of stability. Though grateful for the education opportunities offered to adults in the refugee settlements, she like many refugees, dreamt of no longer needing to seek asylum.

“I also heard of signs of peace in South Sudan so I decided to come back,” Lilian shared. After a four-day journey home by foot however, she found that her tukul, a cone-shaped mud hut home, was destroyed during the conflict.

In South Sudan, LWF supports Sudanese refugees and their host communities in the Upper Nile and Unity states focusing on education, mandated by United Nations High Commissioner for Refugees (UNHCR). There are also programs to assist the vulnerable local communities, internally displaced persons (IDPs) and returnees in Jonglei and Eastern Equatoria states. Across all settlements, and in Juba, a tertiary education scholarship is made available for refugee youth.

In Uganda, the LWF works with UNHCR and the Ugandan government to welcome refugees, provide livelihoods, protection, social cohesion and psychosocial assistance, and in protecting the environment and developing more efficient sources of energy. LWF Uganda supports around 450,000 South Sudanese refugees in the country’s northern region.

Cultivating the seeds of hope

According to UNHCR, more than 832,000 refugees from South Sudan fled to Uganda with 192,000 arriving in 2017—an average of 2,000 refugees fleeing insecurity, violence and famine every day. Over 62 percent of the new arrivals are children.

Many fled their homes on account of fears of safety because of the war, to protect children who have been subjected to torture and military conscription, closed schools and the theft of medication from local health centers. Their homes in South Sudan were no longer safe and neighboring Uganda opened its doors to receive them. 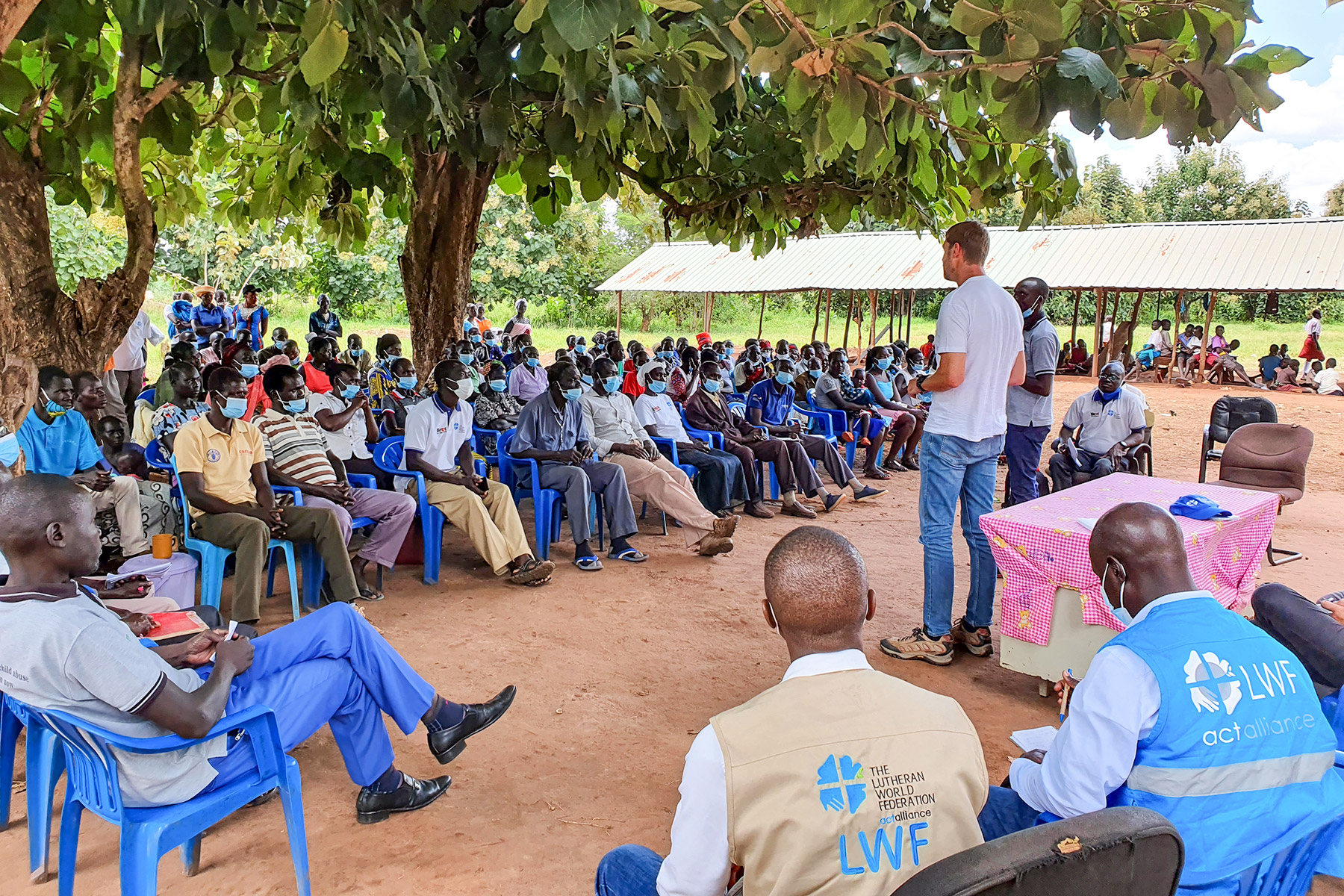 After several failed peace processes, there are emerging pockets of peace,  encouraging refugees to return and rebuild lost livelihoods and find hope in the land they once lived in. Upon their return many were welcomed by the community and provided with food and seeds for one season to plant.

“I returned to South Sudan to search for a job and see my siblings through school given that I am the first child in a family of eleven, and it is not easy for my parents to take my siblings through education with the hard life in the settlement,” says Ms Adyero Paradise, a returnee working at the LWF South Sudan Magwi field office as a human resources assistant.

“With my father being a vulnerable person, it was not easy for him to take all my siblings to school, and a part from his own he is taking care of another five orphans whose parents were killed during the war, so life is generally not easy.”

Though she had finished her bachelor’s degree in human resources management, finding employment that would fit her professional training at the settlement was a challenge for Paradise as a refugee, mostly translator careers were available. Returning to South Sudan in January 2020 after completing her degree meant that she was able to find work with the LWF a year after her return.

Paradise and her family had initially left South Sudan for the settlement in Uganda to flee the war. She had witnessed loved ones shot dead at a close range, with many others arrested and then killed, including children.

“Life in the settlement was generally hard because it is not your home,” Paradise reflected. However, the vast majority of refugees remain in Uganda preferring to stay with the communities there for the time being. Others, like Paradise have decided that there was no place like home despite the unknown issues that may lay ahead. Having the skills she gained in the settlements gave her the confidence to return to South Sudan and help to rebuild her nation.

After returning to her home country, Paradise finds joy in working in her community of Magwi County. “I have learnt a lot in working with the returnees and I enjoy it because they share the same fate as myself hence, I can do things easily.” LWF World Service continues to advocate for support to refugees in the Ugandan settlements while preparing for the eventual returnees and building better conditions in South Sudan.

Reflecting on the future and what could be possible Paradise said, “My dream is to further my education by pursuing a master’s degree though it will be hard because I use my salary and money to pay school fees for my siblings and feed them.”