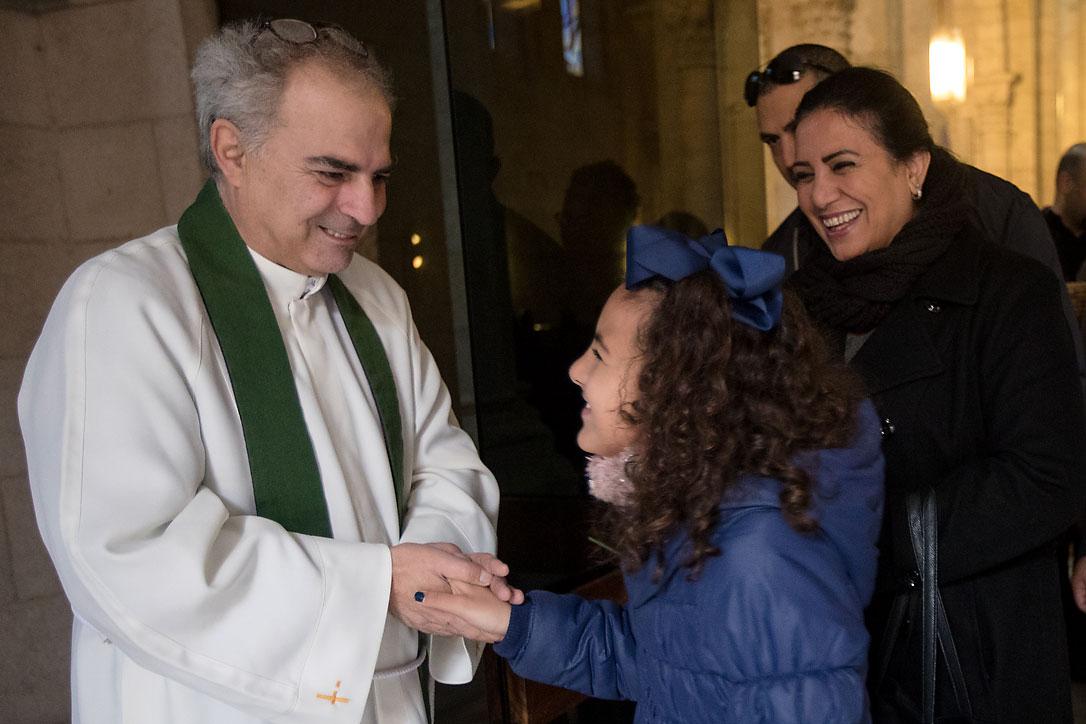 Rev. Ibrahim Azar has been elected a bishop of the Evangelical Lutheran Church in Jordan and the Holy Land

(LWI) – The Synod of the Evangelical Lutheran Church in Jordan and the Holy Land (ELCJHL) has elected Rev. Ibrahim Azar to be a bishop of the church.

Bishop-elect Azar, 55, is currently pastor of the ELCJHL Church of the Redeemer congregation in Jerusalem. He was the sole candidate for the leadership position of the church at the 13-14 January synod held in Beit Jala, West Bank.

The incumbent, Bishop Dr Munib A. Younan has led the church since 1998. Younan is also President of The Lutheran World Federation (LWF), of which the ELCJHL is a member.

“I am very happy that the unity of the church has been maintained. I will continue my capacity as the bishop of the church to keep the unity that is a living witness for our church and for others,” Younan said, following the election.

This church [ELCJHL] is important for the Middle East and for its members. In spite of the difficult political issues in the region, we all gathered. This is a good sign for unity and for Jesus Christ in the world.

“This church [ELCJHL] is important for the Middle East and for its members. In spite of the difficult political issues in the region, we all gathered. This is a good sign for unity and for Jesus Christ in the world,” bishop-elect Azar said.

Ibrahim Azar pursued his early education in ELCJHL’s schools in Palestine, graduating from the Evangelical Lutheran School of Bethlehem in 1979. He earned his theology degree from Ludwig Maximillian University in Munich, Germany in 1987, and  was ordained in 1988.

The ELCJHL began as a German mission church in 1947. It became an autonomous religious body in 1959, and joined the LWF in 1974. It has six congregations in Jerusalem, Ramallah,  the Bethlehem area, and Amman, Jordan. Its ministry includes four schools and four education programs, with students from Christian and Muslim backgrounds.

Incumbent Bishop Younan is the third Palestinian bishop of the ELCJHL. He has served as LWF President since 2010, and will be at the Twelfth Assembly in May as president of the Lutheran communion and as incumbent bishop of the Holy Land Lutheran church.

COVID-19: “Tree of Life” initiative launched by Palestinian bishop
RAMALLAH, Palestinian territories/GENEVA
Witnessing through dialogue, education and women’s empowerment in the Holy Land
JERUSALEM /GENEVA
Proud to be Lutherans in the Middle East
JERUSALEM/GENEVA
“I will continue to be a servant of the Gospel”
BETHLEHEM / GENEVA
LWF/OCS
Themes:
Churches
Program:
[Department for Mission and Development]
Country:
Holy Land Palestine, State of
Region:
Asia