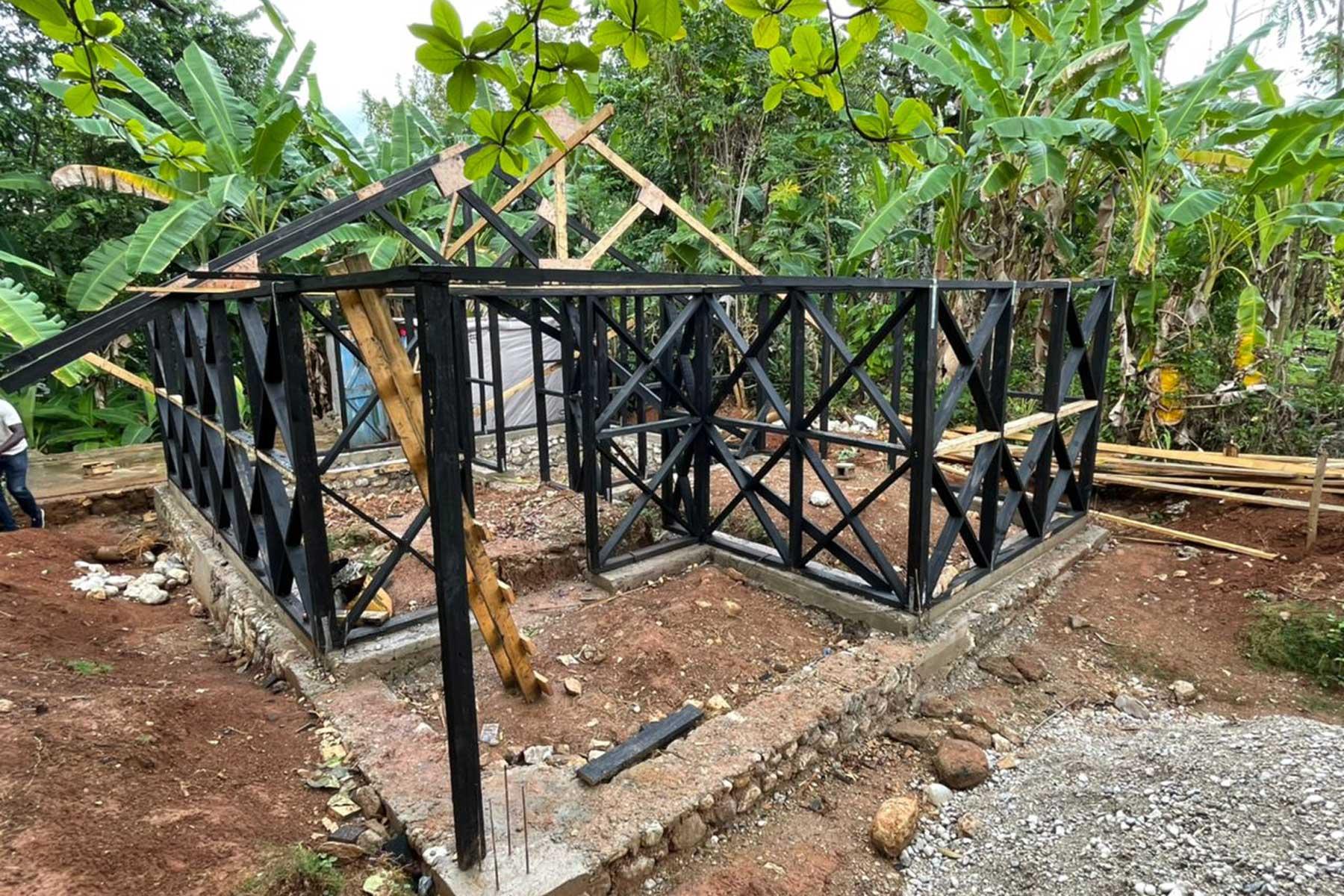 (LWI) - As the Atlantic hurricane season is about to reach its peak, The Lutheran World Federation (LWF) trains communities in Haiti to prepare for natural disaster. Through its joint office with Diakonie Katastrophenhilfe (DKH) and Norwegian Church Aid (NCA), is conducting disaster risk reduction (DRR) trainings especially for those communities which are less accessible during an emergency.

A community equipped with DRR is less vulnerable to the impacts of a hurricane” says Prospery Raymond, the Country Director for the DKH/LWF/NCA joint office in Haiti. “This is important for many reasons, especially since most of the training participants are already vulnerable from the aftermath of last year’s earthquake. DRR gives them a fighting chance.”

Most of the training participants are already vulnerable from the aftermath of last year’s earthquake. DRR gives them a fighting chance.

The Atlantic hurricane season lasts from June to November. Forecasts from the National Oceanic and Atmospheric Administration have forecast more tropical storms than in average years. “Haiti is particularly vulnerable to natural disasters. Located in a geologically active zone, and in a region prone to tropical storms, its inhabitants are impacted by hurricanes every year and also need to be prepared for earthquakes. At the same time, the country is politically unstable and has the lowest development index in the Americas.

When disaster strikes, much depends on the local communities, that are still recovering from last year’s hurricane season and an earthquake that left more than 2,200 people dead, injured, 12,000, and brought down 80,000 houses. Accessibility can also be a challenge for rural communities, especially with rampant insecurity. Communities have built roadblocks to improve security. But often these have been a target point for pillaging limiting the possibility of stocking food items.

Act ahead of time

The Haitian government started to prepare communities at the beginning of the hurricane season in June with awareness campaigns and simulation training in July and August. The LWF office participated in this and supported some of its local partners to carry out planning and preparation for the hurricane seasons in many communities, mainly in the South of Haiti. LWF and its partners provided equipment and materials to committee lead groups and supported them to organize shelter in case of a storm.

“This is why we take action ahead of time, so that communities have what they need on hand in case of an emergency. But for this we also need the resources” says Raymond. “After last year’s hurricane, the UN and Haitian government estimated 2 billion USD would be needed to get communities back on their feet. So far 600 million USD has been made in pledges. There is still a lot of support needed.”

To offer disaster preparedness training in Petit-Goave, LWF Haiti works with RODEP, a local community organization. Emmanuel Noel, RODEP’s coordinator says ”it is an important investment to do more preparation and improve prevention instead of waiting to respond after a crisis. However, there is not much that can be done without enough resources.”

Noel adds that he is grateful to have a few organizations like LWF invested in disaster preparedness. “There are just so many other communities that could benefit from the expansion of this type of support.”

"People are not starving, they are being starved”
news
test news