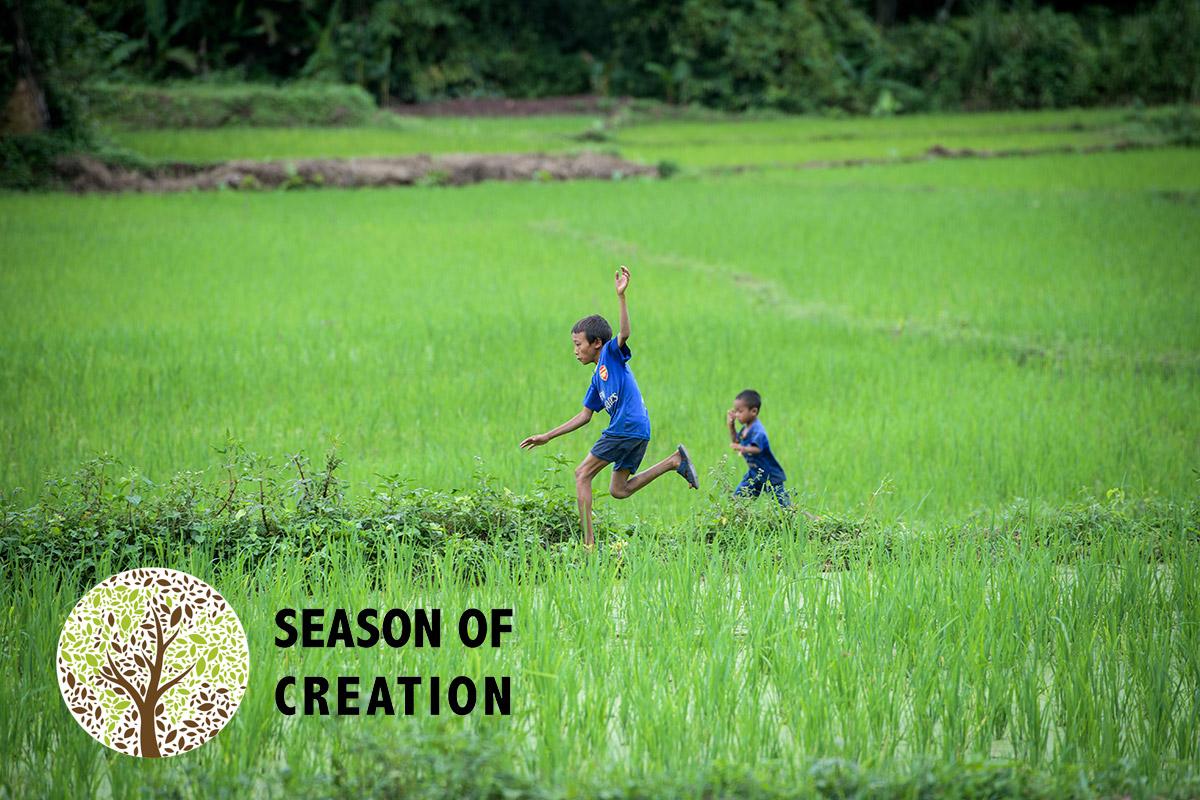 (LWI) - Global faith leaders from different Christian traditions and communions, including the Lutheran World Federation (LWF) General Secretary Rev. Dr Martin Junge, are inviting Christians around the world to participate in the Season of Creation and to take bold action to protect creation.

“As the environmental crisis deepens, we Christians are urgently called to witness to our faith by taking bold action to preserve the gift we share,” faith leaders from nine Christian communions write in a joint letter.

“United in our sincere wish to protect creation and all those who share it, we join hands across denominations as sisters and brothers in Christ. During this season, we walk together towards greater stewardship of our place in creation.”

The Season of Creation is an annual celebration of prayer and action to protect the environment, observed from September 1 to October 4 on six continents.

Christ's redeeming work is about new, life-giving relationships: with God, with the neighbor and with the whole of God's creation. Climate should not continue changing, but the hearts and minds of people need to begin to change, so that coming generations will enjoy God's good creation.

LWF General Secretary Rev. Dr Martin Junge said: “Christ's redeeming work is about new, life-giving relationships: with God, with the neighbor and with the whole of God's creation. Climate should not continue changing, but the hearts and minds of people need to begin to change, so that coming generations will enjoy God's good creation. The LWF has grown in its awareness that "creation is not for sale" and is now joining hands with others to address climate justice and the environmental crisis. There is much to do, and there is much churches can do.”

The letter represents the first joint statement of support for the Season of Creation from leading authorities across denominations including the Lutheran communion, the Catholic Church, the Orthodox Church, and the Anglican Communion. It is a sign that Christian leaders increasingly see environmental protection as an essential expression of their faith.

September 1 was proclaimed as a day of prayer for creation by Ecumenical Patriarch Dimitrios I for the Orthodox in 1989. Many Christian churches started celebrating the Season of Creation between that date and October 4, which is the date of the holiday many Western traditions observe for St. Francis of Assisi, who is widely associated with nature.

“As caretakers of God’s creation, we must choose between tending to its richness and neglecting it to impoverishment,” Cardinal Peter K.A. Turkson, Prefect of the Vatican Dicastery for Promoting Integral Human Development, said, referring to the papal encyclical “Laudatio Si”. “For the most vulnerable of our brothers and sisters, our choices have profound implications.”

Most Rev. and Rt. Hon Justin Welby, Archbishop of Canterbury, said, “In this Season of Creation, we celebrate God the Creator, we thank god for the extraordinary riches of his grace. Let’s find again a true vision of what being made in the image of God, caring for creation can mean, and commit ourselves to action.”

The LWF, together with many other Christian world communions, is part of the Season of Creation steering committee. Those who wish to organize an event or join the campaign will find material on the website seasonofcreation.org.