Gaining New Glimpses of Meaning from the Psalms 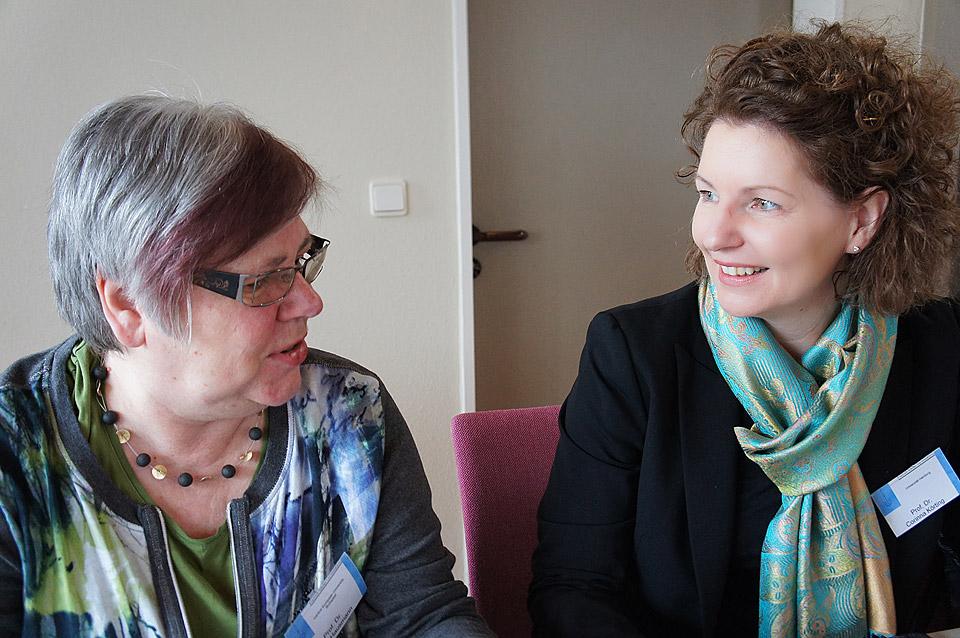 As theologians from 20 countries gathered to gain new understandings of the Psalms for the 21st century they were reminded of the relevance of the ancient biblical writings to situations of contemporary violence.

“Singing the Songs of the Lord: Contemporary Interpretations of the Psalms from Lutheran Perspectives,” is the theme of the 21-27 March consultation taking place at Eisenach, Germany, jointly hosted by The Lutheran World Federation (LWF) Department for Theology and Public Witness (DTPW) and the University of Jena.

The 35 theologians participating in the meeting are teaching at various universities, and represent Lutheran and other churches. The consultation is the second in a series that explores ways of reading the Bible today within the Lutheran communion, and in preparation for the 500th anniversary of the Reformation in 2017. The inaugural hermeneutics conference in 2011 focused on transformative readings of the Gospel of John from a Lutheran perspective.

Leading a morning worship service, Rev. Dr Virgil László of the Evangelical Lutheran Church in Hungary expressed the hope that “through prayerful, academically rigorous explorations of interpreting the Psalms we may gain some new glimpses of meaning for our life and faith, not only as individual Christians but as a communion of churches.”

Rev. Dr Monica Melanchthon, a professor at the Center for Theology and Ministry in Parkville, Australia, called for the urgency for justice found in the Psalms to be brought to the forefront. The lament Psalms are about protest, revenge, anger and a cry for justice emanating from experiences of pain, injustice, suffering, abandonment and rejection, said the Indian theologian.

Melanchthon introduced Psalm 140—which begins, “Deliver me, O Lord, from evil doers; protect me from those who are violent”—as a cry for justice and a song of hope, which remains relevant today in the context of the recent rapes of women in India, she said.

Suffering in the World

Dr Craig R. Koester, professor at Luther Seminary in St Paul, Minnesota, USA, noted that the Psalms show God’s power revealed in contexts where it might seem God is absent, such as in situations of poverty, injustice, disease and conflict, secularization and indifference.

Brazilian theologian Rev. Dr Vitor Westhelle, teaching at the Lutheran School of Theology at Chicago, USA, said the question was about the relevance of this research [into the Psalms] for the suffering in the world. “For Luther, the suffering of the world is essentially the same as the suffering of Christ” Westhelle said.

Luther’s way of interpreting the Psalms was to insist on the interpretation of their literal form, relate them to Christ and to emphasize their life-giving spirit, said Rev. Dr Hans-Peter Grosshans, a professor at the University of Münster, Germany.

For Luther, Grosshans continued, “the life-giving power is the spirit of the texts that is the divine spirit.” Thus, he concluded that “naming the whole process of reading, listening and understanding aims … at a verification of the biblical texts in the life of those who try to understand [them].”

Dr Annie Hentschel of Goethe University in Frankfurt addressed the way in which the writer of Hebrews used the Psalms, illustrating how the Old Testament texts can speak in new ways, interpreted in the context of the death and resurrection of Jesus.

While Dr Karl-Wilhelm Niebuhr of Friedrich-Schiller University in Jena reminded the participants that there was no single way of reading biblical texts such as the Psalms, Roman Catholic theologian Dr Frank-Lothar Hossfeld, University of Bonn, suggested that Protestant theologians cannot work without the wisdom of ecumenical colleagues.

The participants from Africa, Asia and the Pacific, Europe, Latin America and North America, engaged in plenary and small group discussions, informal gatherings, worship and a pilgrimage to Wartburg Castle, where Luther translated the New Testament during his exile in Eisenach in 1521.

Rev. Dr Kenneth Mtata, study secretary for Lutheran Theology and Practice at LWF/DTPW, and coordinator of the hermeneutics process, said the Psalms’ presentations had “raised some questions about the relationship between liturgical practice and biblical interpretation.

“This is an interesting issue to look at because it can help us to move from theological interpretation to practices,” Mtata said. “It is not enough for us to just describe the situation but we must develop some interpretative resources.”

A collection of texts from the conference will be published later in 2013. Presentations from the 2011 hermeneutics consultation are available in the publication You have the Words of Eternal Life, produced in the LWF Documentation series. For more information please contact Iris Benesch.

(Rev. Dr Robin Steinke, Dean of Lutheran Theological Seminary at Gettysburg, USA, a participant in the LWF hermeneutics consultation, contributed to this article.)