Food support for refugees and hosts in Jordan 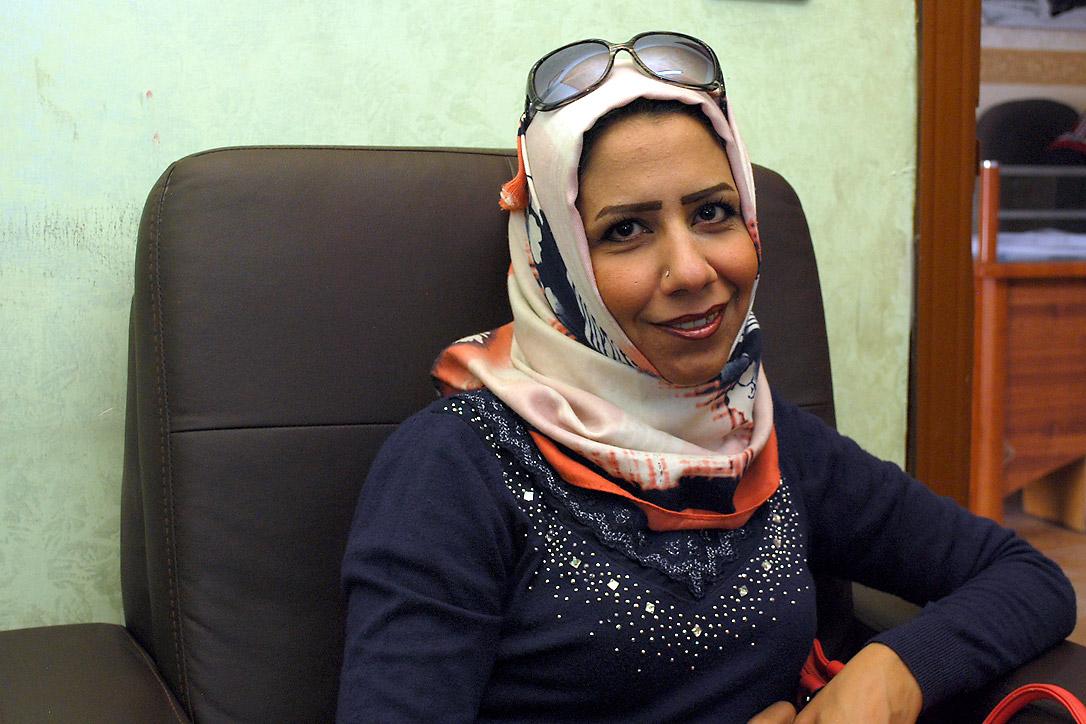 AL MAFRAQ, Jordan/ GENEVA, 19 November 2015 (LWI) - Raba’a’s children were hungry, but they didn’t complain. They knew the pressure their mother was under to provide for the family. “They notice there’s a difference in the amount of food I give them, but they keep quiet because they know the situation,” she says.

It is a heartbreaking decision for any mother to give her children less food. But Raba’a didn’t have much of a choice until she started receiving vouchers she can redeem for food at local grocery stores. The widowed mother of four children is one of the participants in The Lutheran World Federation’s (LWF) cash assistance program funded by Canadian Lutheran World Relief (CLWR) in Jordan.

Her family had lived in the Yarmouk neighborhood of Damascus for about 10 years when they fled the Syrian war for safety in Jordan. Their home has been laid to waste; the remaining residents in Yarmouk are currently under siege and enduring horrific conditions.

Raba’a became a single mother after her husband died of cancer shortly after they arrived in Jordan. “I’m tackling two responsibilities: mother in the house, and father outside the home,” who needs to work and look after expenses, she says.

To be able to support her family, she enrolled in a hair-dressing course given by a local non-governmental organization. She works from home; business is better in the summer, she says. She does not earn much, but she says it’s enough to pay rent, utilities and her children’s expenses, like school supplies.

Nevertheless, it’s a bare new home for herself, her two daughters (ages 15 and 11) and her two sons (ages 9 and 6). They have no furniture in the two rooms she rents. When you add in the food needs of a young family on a low income, it’s a struggle to make ends meet.

Food vouchers for the most vulnerable

Raba’a’s family is especially vulnerable since they are of Palestinian descent. Instead of receiving food aid from the United Nations World Food Program, which supports Syrian refugees, they fall under the mandate of the UN Relief and Works Agency (UNRWA), which supports Palestinians. UNRWA however is seriously underfunded and has limited resources to help Palestinians who have fled homes in Syria.

The food voucher programs in Jordan aim to fill this gap. Through agreements with UNRWA and the Jordanian government, LWF can distribute food vouchers to Palestinian-Syrians. Since last month, Raba’a receives 60 Jordanian dinars (about USD 110) each month for six months to help feed her family.

“The vouchers relieve some of the burdens I have,” she says. They are simple to redeem at grocery stores in her area and allow her to cover the basics: rice, sugar, cooking oil, frozen vegetables, milk and sometimes meat. She says she relies on the vouchers for about 60 per cent of her family’s food needs.

“I feel more relaxed because I’ve secured food for my kids. I can start thinking more about how I can support my kids in other ways,” Raba’a says.

The support from CLWR and the Canadian Foodgrains Bank enables the LWF to provide vouchers to supplement the nutrition requirements of 4,700 Palestinian-Syrians and a number of vulnerable Jordanians in Mafraq, Zarqa, East Amman and Irbid Governorates in Jordan. This way the needs of both the refugees and the over-burdened Jordanian host communities are addressed.