Sally Azar, LWF Council Member and graduate of intercultural theology in Göttingen talks about her upcoming ordination and how she hopes it will promote greater gender justice in the Evangelical Lutheran Church in Jordan and the Holy Land. 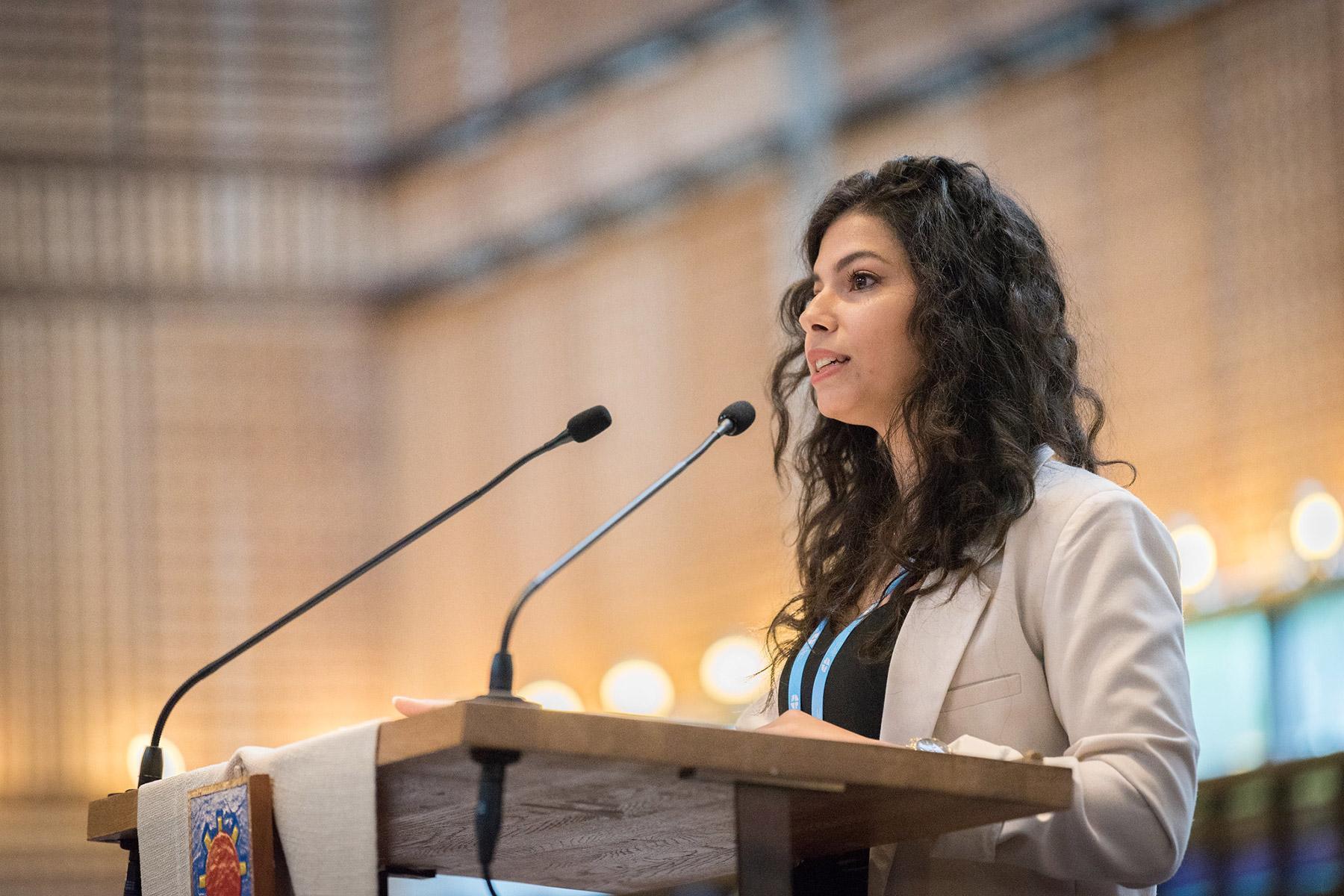 (LWI) - Sally Azar, a Council member of the Lutheran World Federation is set to be ordained on Sunday 22 January as the first female Palestinian pastor in the Holy Land. The invitation to this historic event, issued by the Evangelical Lutheran Church in Jordan and the Holy Land (ELCJHL), reads: “Sally's ministry sends a powerful message of acceptance and progress in the church's journey toward Gender Justice.”

In 2018, Azar and another female theologian from Syria graduated from the Near East School of Theology in Lebanon, where ELCJHL Bishop emeritus Dr. Munib Younan delivered the commencement speech encouraging the young women: “May God bless you both and this college to continue to serve our Triune God’s mission in order to advance God’s Kingdom in our world.”

From there, Azar continued her graduate studies in Göttingen, Germany. She was also elected to serve as a Lutheran World Federation Council Member for the Asia region. Ahead of her ordination, she spoke to us about her passion for the church and how she hopes to support the women and youth of the ELCJHL in her new role.

How do you feel as you approach ordination?

The rite of ordination is an honor. The chance to be ordained as a woman in my church is an added honor. Initially, when I went to the school of theology, being the first woman ordained was not something I was considering. It was a possibility that another woman would enter studies while I was in school. I am happy to be a part of history and gender equity in my church. It is exciting, but there is some uncertainty, as well. I do not expect this to be an easy road and for this reason, I have a lot of support while I serve the ELCJHL. I imagine that once a person is in the congregation, different things may come up, things that we cannot foresee. We cannot be 100 percent prepared.

Who is your mentor to help you through unforeseen times?

There isn’t just one person, but all the women that have been supporting me throughout my studies like my teachers, even my mentor here in Germany. In the region, I have the support of my friend Rev. Mathild Sabbagh from Syria who was the first ordained woman in Syria. Rev. Sabbagh understands me, this culture and the traditions.

What will be your assignment after your ordination?

The ELCJHL translated the LWF Gender Justice Policy into Arabic years ago. What do you see as the next steps for putting it into practice in your church?

This is a moment that we’ve all wanted. The ELCJHL adopted the Gender Justice Policy, but women still didn’t see themselves in that policy, or did not see how they could obtain theological training – it is unclear why more didn’t pursue this calling.  Maybe some thought, “if I study theology, what is the realistic future of that?”

With my ordination, I hope that not only young women are inspired to pursue theology but that women of all ages who may have wanted to study theology but didn’t think it was possible will be encouraged to do so.

How do you think your service as an LWF Council Member will compliment your work as a pastor?

For the past two years of my Council term, I was in Germany and not at home in Jerusalem. Because of this, I couldn't share as much about the LWF Communion with the ELCJHL because I was abroad. One thing that I'm really excited about is bringing the youth of the Asia region together. I hope that I can help implement many of the LWF youth programs in Jerusalem as a pastor in the region.

Passion for the Church: in conversation with Martin Junge
news
ttttt
test news