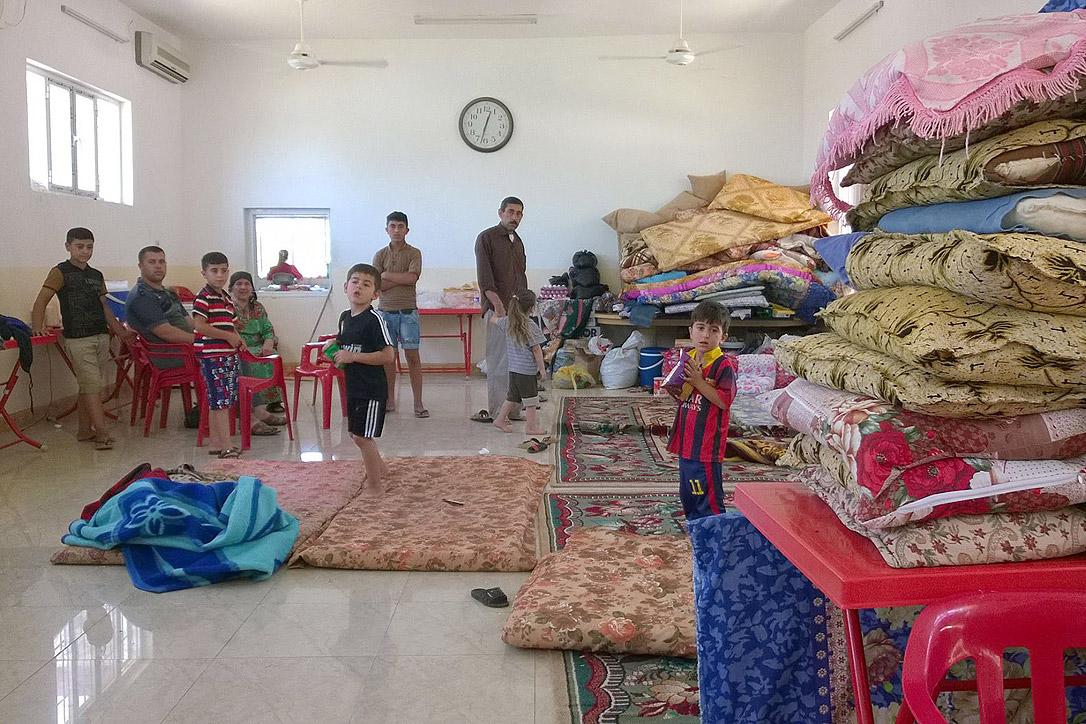 Churches in Babilo, Duhok, are serving as a place of refuge for people fleeing the fighting in northern Iraq. The LWF is partnering with Christian Aid Program in Northern Iraq to assist. Photo: ACT/Anne Alling

“Concerned and Saddened by Kidnapping and Hostage-taking”

(LWI) - The LWF together with ten faith-based humanitarian and development organizations has issued an “urgent call to stop the horrific suffering” in Iraq.

“The untold suffering of minority groups as a result of escalating violence and attacks is unacceptable and the violation of international human rights and humanitarian laws is despicable,” the letter signed by Christian and Muslim organizations says.

“We are utterly shocked at the horrific wave of attacks that has so far led to the killing of many and left hundreds of thousands more homeless, desperate and in flight. We are further concerned and saddened by the many cases of kidnapping and hostage-taking of people, including women and children,” the statement further reads.

Together with ACT Alliance members, the statement has been signed by among others Muslim Aid, Muslim Charities Forum CAFOD and the Human Relief Foundation.

According to data from the United Nations, about one million people have been displaced by violence and insecurity since the beginning of the year. The militant group Islamic State (IS) is especially targeting minorities such as Yazidis and Christians. The LWF together with partners from the ACT Alliance has started emergency assistance to internally displaced persons (IDP) in the Ninive valley close to the contested city of Mosul.

“The magnitude at which Islamic State militants are operating is absolutely terrifying and we deplore their actions in the deliberate targeting of civilians,” Michael Hyden, Humanitarian Coordinator for the LWF Department of World Service (DWS) said.

“Together with our partners Christian Aid Program in Iraq (CAPNI) we are assessing how best we can assist the affected population in Duhok governate,” Hyden added. According to official government data, the total number of IDP in this governorate alone is 462,270 as of 18 August 2014.

The signatories also stress the need to protect civilians and apply international law. “We are appealing for the protection of all people, including persecuted religious minorities such as the Yazidis and Christians – hundreds of thousands who have fled in fear for their lives,” Hyden said.

The organizations call for a lasting solution for peace, reconciliation and justice for all in the region.