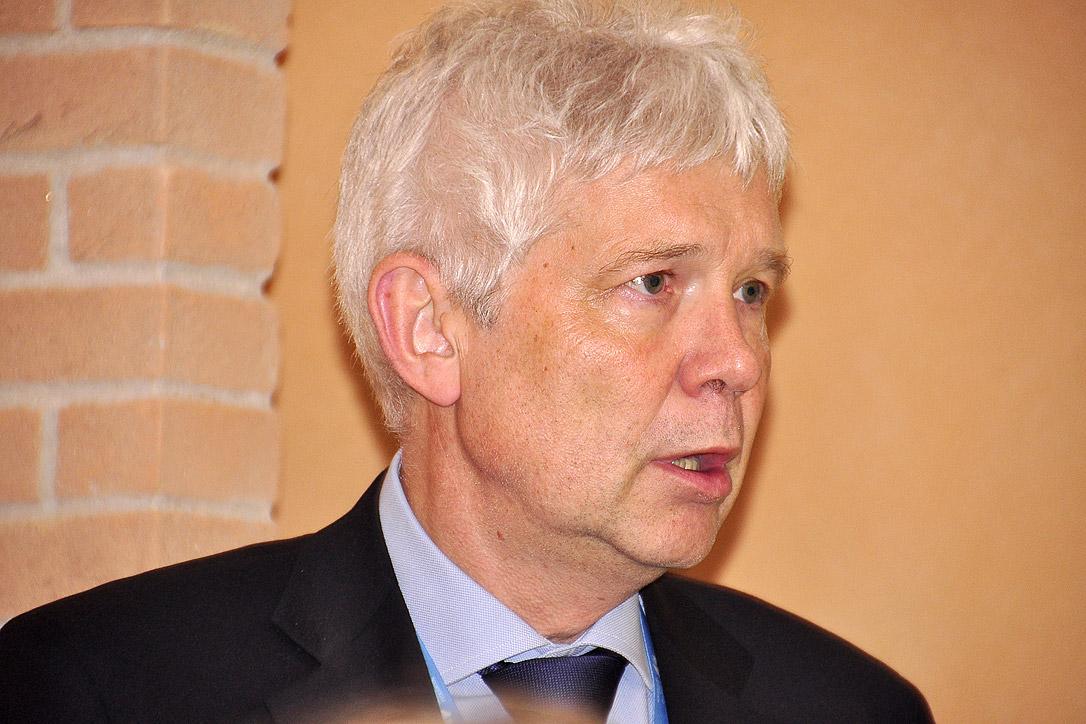 (LWI) – Leaders of The Lutheran World Federation (LWF) member churches in Europe have expressed their solidarity with the Evangelical Lutheran Church in Italy (ELCI) for its committed work among migrants and refugees and its ecumenical engagement in the country.

In a message from the annual LWF European Regions’ Conference, hosted by ELCI, 27 – 29 October, the 55 participants from 30 member churches in 21 countries expressed deep appreciation for ELCI’s witness, which “reminds us of the need to bridge the gap between ecumenical dialogue and practical diaconal work.”

The LWF church leaders affirmed the Italian Lutheran church partnerships with other Protestant churches in diaconal projects that offer possibilities of integration and work for people mainly fleeing crisis regions in the Near East and Africa. “It is encouraging to look at the commitment in advocacy and diaconal action with immigrants and refugees and the strong ecumenical efforts to accompany the vulnerable neighbor.”

They said ELCI’s intervention supports the “Welcoming the Stranger” statement by faith-based organizations and the United Nations refugee agency, which the LWF endorsed in 2013. “There must be established a culture of welcome to these affected people. We want to help them regardless their religion, their confession, their gender, their origin,” they emphasized.

The LWF Council members, representatives of LWF National Committees and ecumenical officers also challenged the European Union to give new attention to the Dublin III protocol, in order to offer the possibility for a more balanced and just division of responsibility for refugees and migrants between the European countries. “In these days, when more and more refugees come to our continent, we want to be open for them, we want to welcome them and we want to support them in any way,” the Lutheran church leaders said.

“Listening, Serving, Empowering – Being Church in a Transforming Europe” was the theme of this year’s meeting, bringing together the Central Eastern, Central Western, and Nordic regions of LWF Europe. In keynote presentations and group discussions, participants reflected together on new models of being church in the 21st century.

ELCI Dean Heiner A. Bludau, noted the main concern for the Lutheran and other Protestant churches in a majority-Catholic Italy today is to “raise our voice with genuine Protestant themes.” He said this includes important questions of State-Church relations which cover issues such as tax contribution to the church.

In view of the 500th Reformation anniversary in 2017, Bludau said the intention is to celebrate together in an ecumenical context. “It is important for us to send the message in the community that it is not only a historical event but an opportunity to find out together as Protestants and Catholics what Reformation means for us today, and what new impulses churches can offer to the communities in which we serve.” 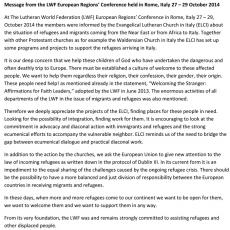