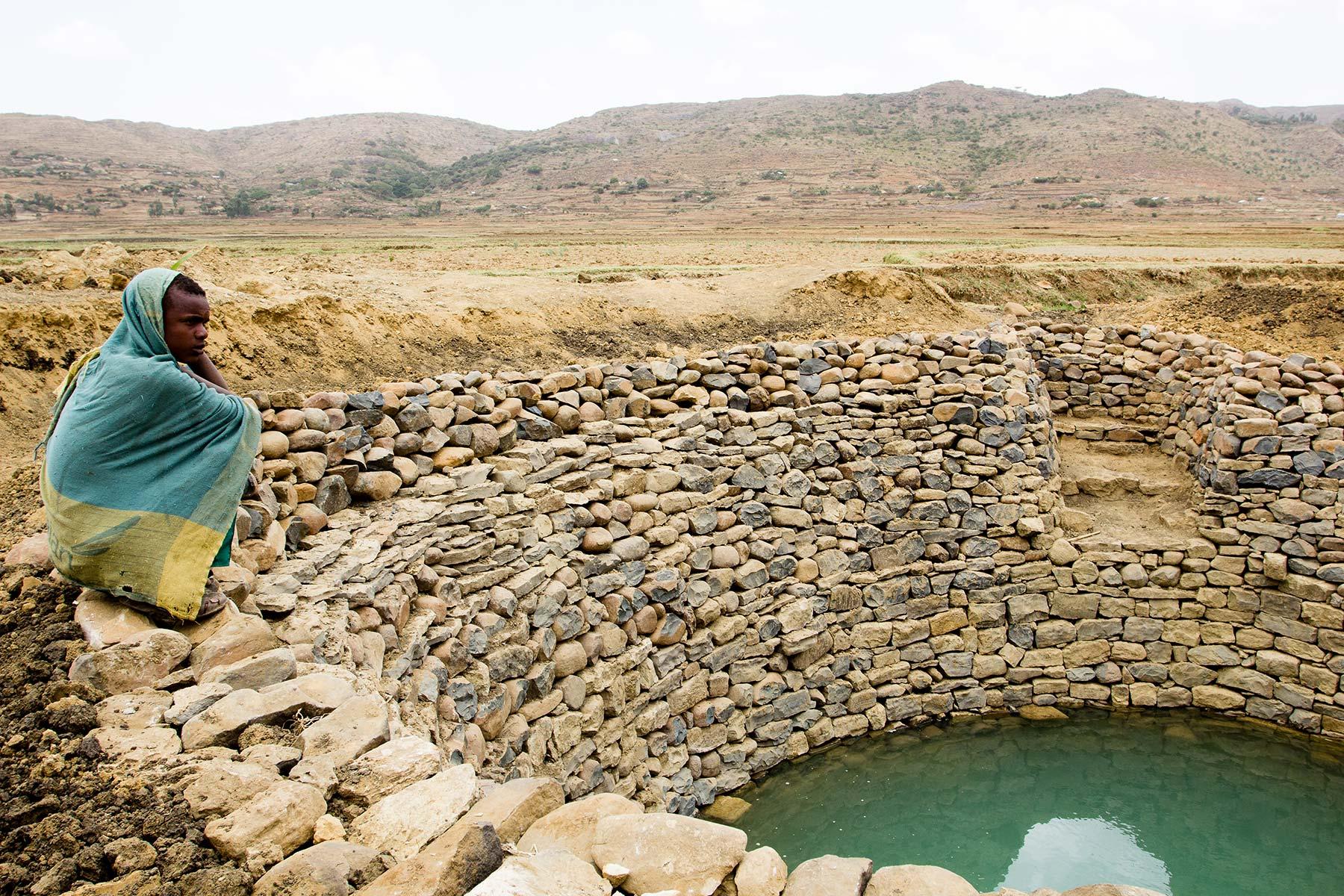 (LWI) - The Lutheran World Federation (LWF) Ethiopia program has begun to respond to Ethiopia's Tigray region's humanitarian needs. Following a joint assessment visit to the Southern Tigray and Mekelle area, led by the United Nations Office for Humanitarian Affairs (UNOCHA), LWF will provide water and sanitation (WASH), and other relief items, as well as livelihood support, protection, and peacebuilding services.

Part of the LWF response will happen through the ACT Alliance Ethiopia Forum, in a strong partnership with other faith-based and ecumenical partners. Together, all partners aim to support over 250,000 people affected by the conflict in Tigray and the surrounding provinces of Amhara, Afar, and Konso. The response will last for a year, with a high likelihood of extension given the conflict and displacement scale.

The conflict in Tigray turned violent in November 2020, when the Federal government and the Tigray regional forces clashed, causing massive displacement. Apart from the hundreds and thousands who fled to neighboring countries, over 60,000 to Sudan, 2.2 million people have been internally displaced. According to UN sources, about 2.3 million people in the Tigray region depend on assistance.

The conflict comes on top of other crises that Ethiopians have been dealing with lately. In addition to COVID-19, extreme weather, droughts, and floods, farmers in the county have fought over a year-long battle against swarms of desert locusts. Ethiopia is the worst affected country, mainly because of its proximity to Yemen, where the ongoing civil war prevents any pest control.

The Tigray conflict and displacement have exacerbated an already precarious situation, notes Charles Masanga, LWF WASH Advisor who participated in the Tigray assessment. "The Ethiopian government had made progress in fighting the desert locust plague more than any other country in the region," Masanga says.

The young people, who were essential in fighting the locusts locally with smoke, fire, and noise, are displaced and live under the fear of being mobilized for war. The conflict caused a double tragedy.

"With the conflict, efforts to control the locust swarms have stopped. Aerial spraying and surveillance have ceased. Efforts by scientists in Mekelle city who used to monitor locust movement are also no longer happening. The young people, who were essential in fighting the locusts locally with smoke, fire, and noise, are displaced and live under the fear of being mobilized for war. The conflict caused a double tragedy. "

The ACT Alliance issued an appeal for donations to support the work of LWF and its partners in the region. Please donate to help people affected by the conflict.

More about our work in Ethiopia

The LWF has been present in Ethiopia for 50 years. Our humanitarian and development aid supports rural communities affected by extreme weather and climate change and refugees from neighboring countries (South Sudan, Somalia) and their hosts. LWF supports livelihoods, protection and social cohesion, and quality services such as water and sanitation provision.

The LWF response through the ACT Alliance happens in partnership with faith-based and ecumenical partners. One of them is The Ethiopian Evangelical Lutheran Church Mekane Yesus (EECMY), an LWF member church. EECMY has congregations in Tigray, LWF staff will work in partership of DASSC, the diaconal arm of EECMY. Part of the ACT appeal has been funded by the Church of Sweden. ECHO Emergency Response Mechanism through the International Rescue Committee (IRC) also supports LWF's response.