Rev. Anne Burghardt at work in the Consistory of the Estonian Evangelical Lutheran Church in Tallinn. All Photos: LWF/A. Hillert

(LWI) - The headquarters of the Estonian Evangelical Lutheran Church (EELC) is housed in an elegant 18th century building on a quiet cobbled square in the heart of Tallinn’s Old Town. It is known as the Consistory and it is here that the new General Secretary of the Lutheran World Federation (LWF), Rev. Anne Burghardt was working until she took up her new post in Geneva, as head of the global communion of churches, on All Saints Day, 1 November.

At the time of her election by the LWF Council on 19 June, Burghardt was serving as head of development for the EELC’s Institute of Theology and advisor to her church on ecumenical and international relations. In those roles, she worked closely with Estonian Archbishop Urmas Viilma, LWF’s vice president for the Central Eastern European region and his small team of dedicated colleagues at the Consistory. The building, with its own chapel and views over the ancient Lutheran cathedral, was expropriated by military authorities under Soviet rule and only returned to the church in 1991, the year the small Baltic nation regained its independence. 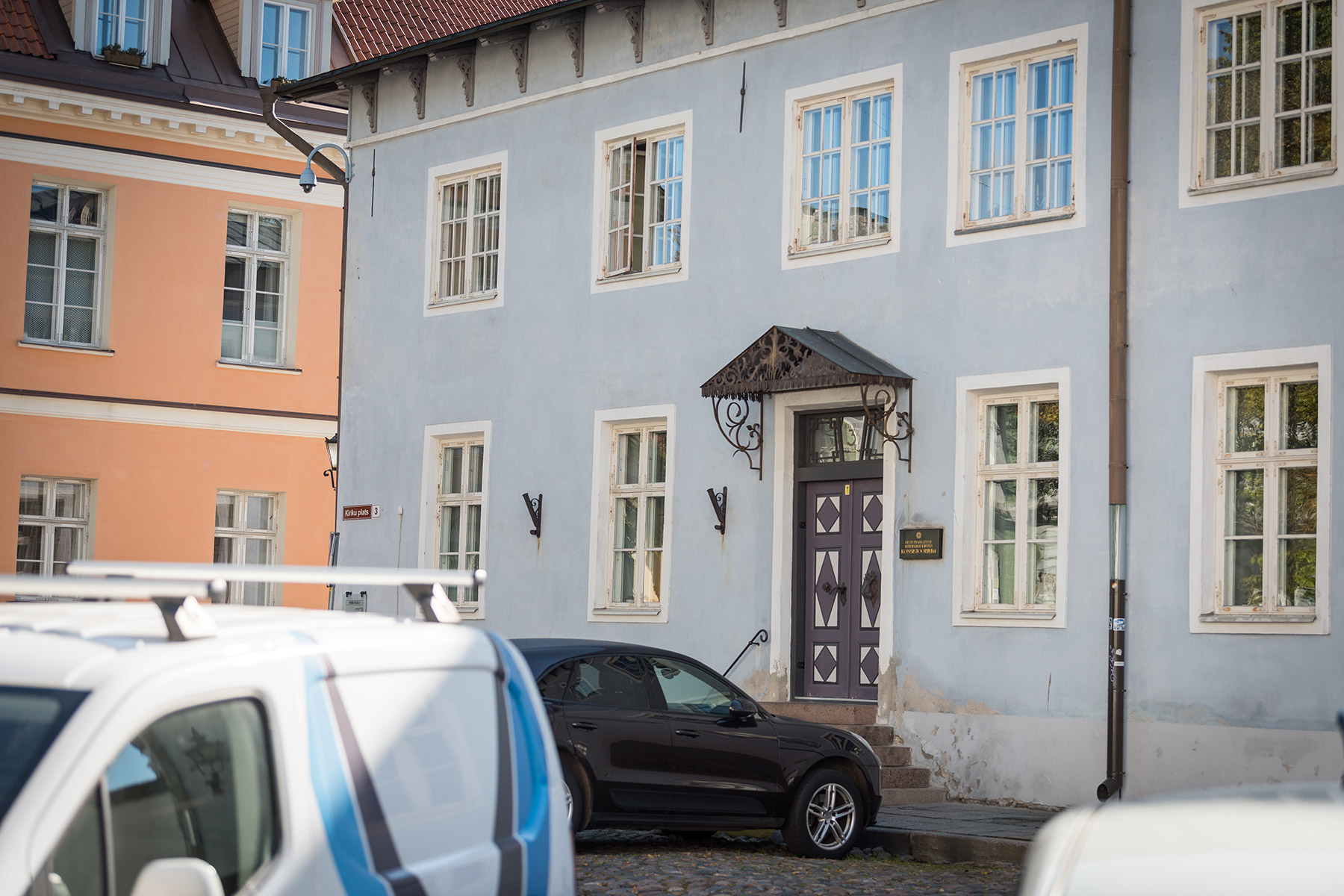 That experience of life during decades of Soviet domination has molded the church, its theology and its pastors, including Burghardt herself. One of the churches where she held Sunday services, to cover for a colleague on maternity leave, was in the small port city of Paldiski, a former military base that was off-limits for decades as the major Soviet center for nuclear submarine training. “We know how to manage in difficult times and I hope she can use this experience in her work,” says Ms. Kadri Põder, a member of the Consistory as Assessor for International and Ecumenical Relations. 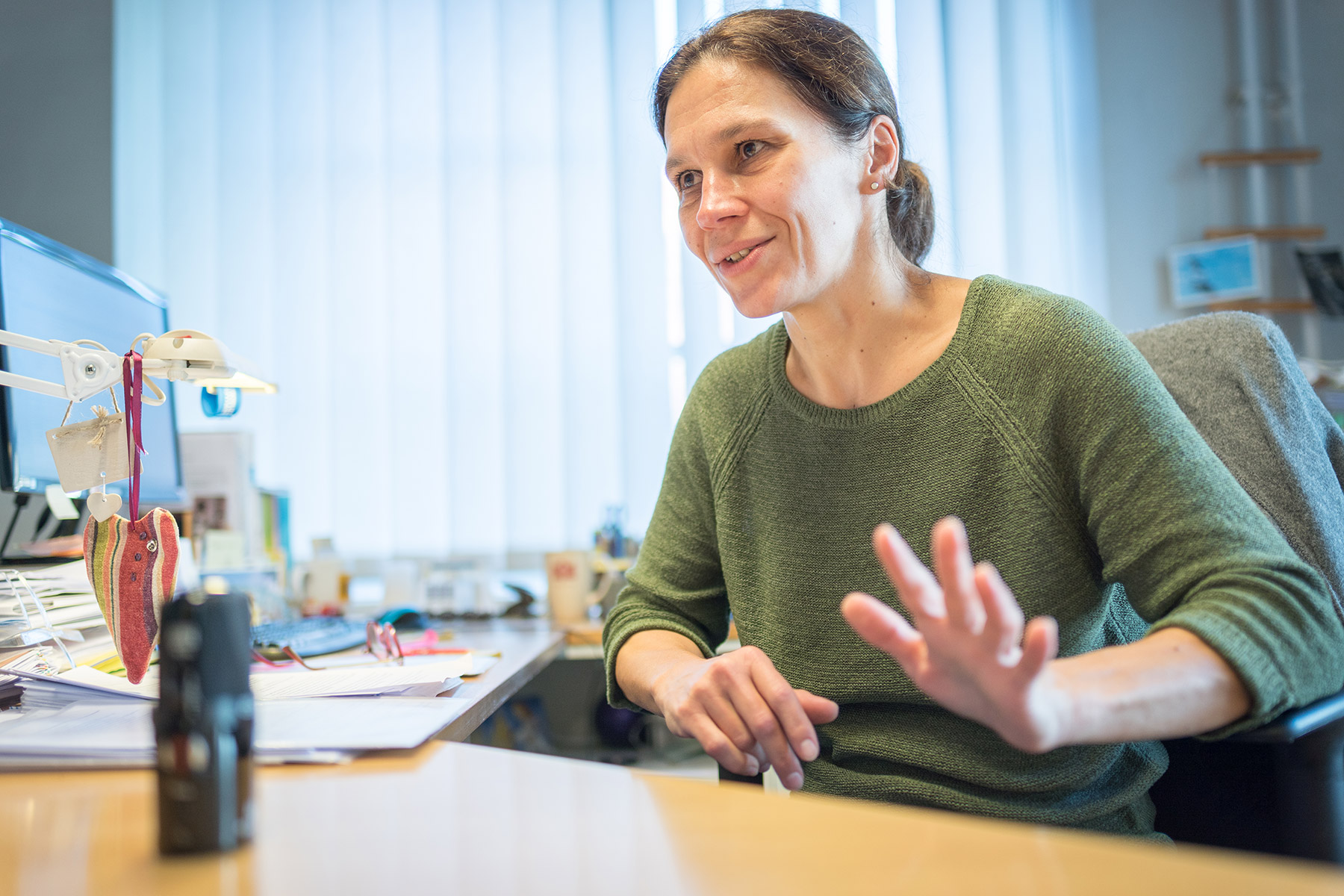 Ms. Kadri Põder, Assessor for International and Ecumenical Relations at the EELC Consistory in Tallinn

Burghardt and Põder have been friends since the two were students of theology together at the prestigious university of Tartu in southern Estonia. Later, they both lived and studied in Germany and kept in touch when Burghardt moved to Geneva to serve for five years as LWF’s Study Secretary for Ecumenical Relations. “My task is to communicate our church’s belonging to the wider LWF family, Põder says, “and I think Anne’s election will strengthen these connections.” “We are a small church, but it is important to be aware of this wider picture, rather than believing ourselves to be self-sufficient,” she adds emphatically.

Like everyone else at the Consistory, Põder says Burghardt’s election to lead the LWF and leave her Tallinn office “is an event which makes one eye laugh and the other one cry.” Archbishop Viilma explains that “it is a historic moment for us, our church, our region, also to have the first female general secretary.” But at the same time, he says, “we are missing Anne already, her expertise and her experience.” Viilma stresses that Estonia has eight centuries of Christian history and was one of the first places to embrace the Protestant Reformation. The first women were ordained as pastors here more than half a century ago, he notes proudly. 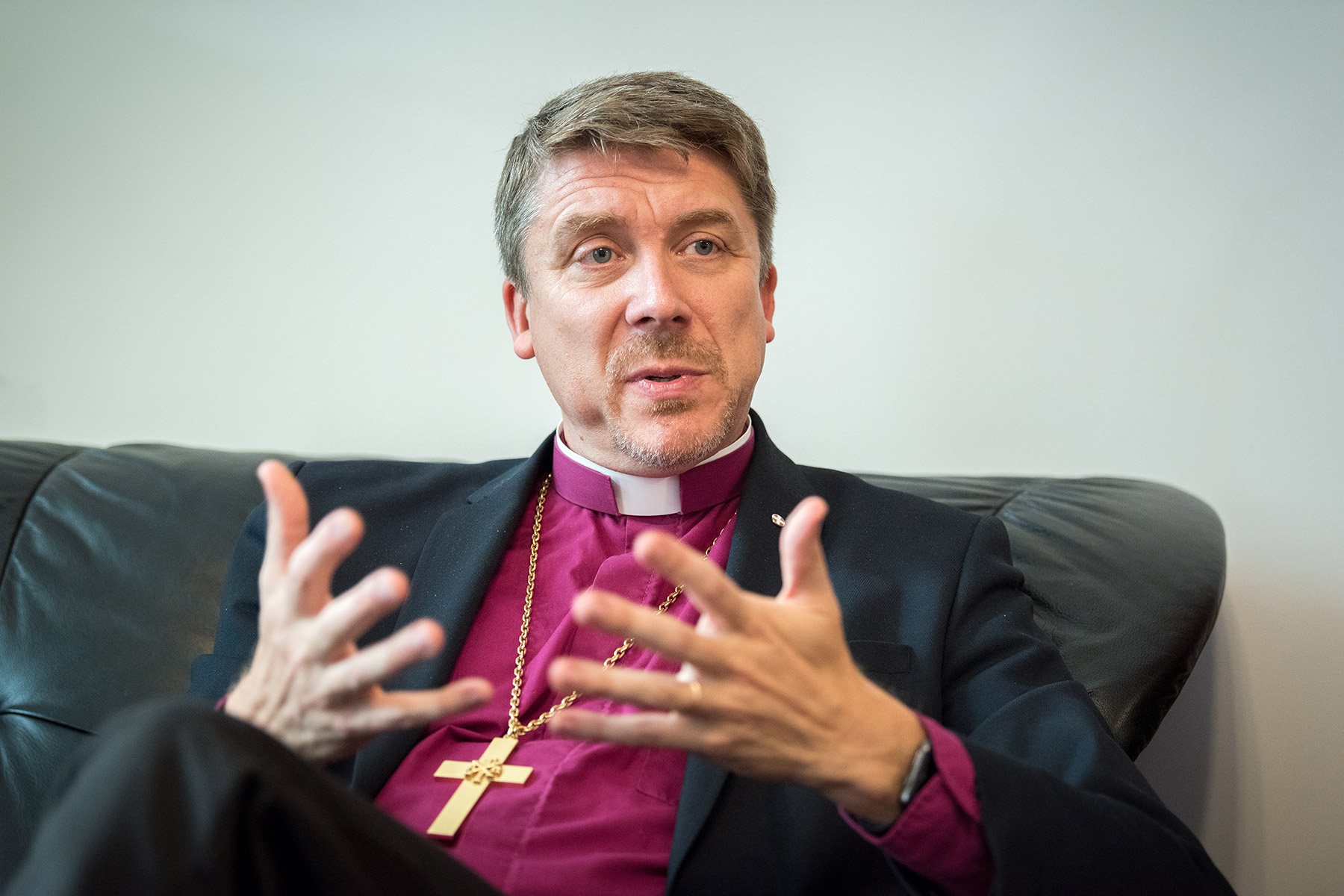 Estonia today is known as one of the most secular countries in the world, with around two thirds of the population saying they have no affiliation to any faith community. “The negative legacy from the Soviet era is that people were afraid to come to church because they could lose their jobs, or they couldn’t study at university,” Viilma observes. “The biggest problem today is that our new generations know almost nothing about Christianity, the church or world religions,” he continues. Yet the “position and influence of our church in society is still quite strong,” he says, “and the Christian voice is heard clearly through the Estonian Council of Churches (EEC).”

“Our archbishop is very active in the public space and in the media,” confirms Ms. Regina Hansen, a specialist in public relations and communications at the EELC Consistory. “Interest in the church is growing and people are not afraid as they were in Soviet times,” she says. There are daily morning prayers on national radio, as well as Sunday programs and live broadcasts for special events on state television and radio. The church has a website plus a weekly newspaper and was featured in the secular press after the Burghardt’s election in June. 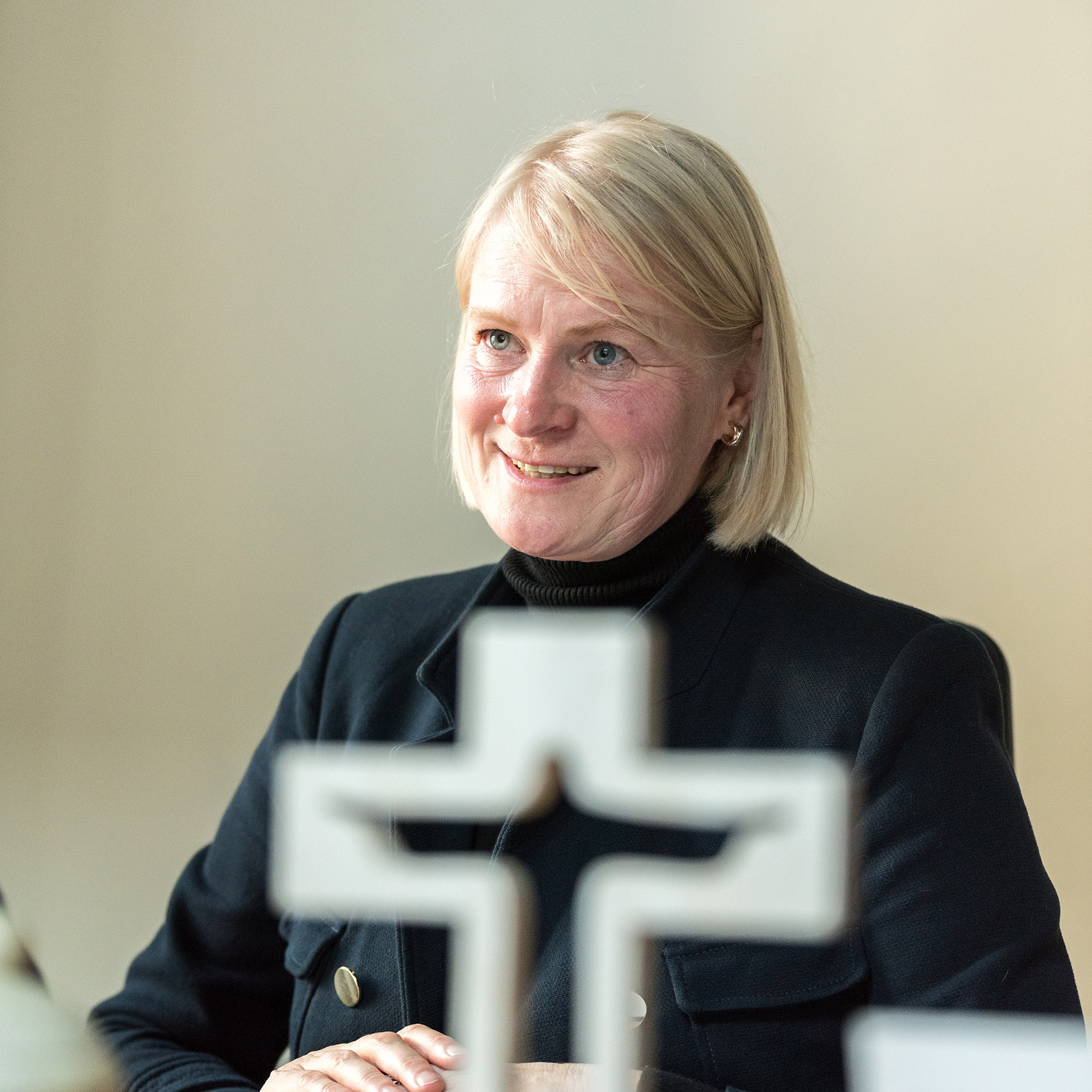 “All the Christian churches together here are still a minority,” says Põder, so it “is important for them to speak and act together.” The EEC is invited to contribute to all draft legislation that concerns the churches. It coordinates the work of chaplains in hospitals, prisons, the police and defense forces, as well as national media broadcasts. Alongside the Lutheran church, the EEC brings together the Estonian Orthodox and Russian Orthodox churches, Catholics, Baptists, Methodists, Pentecostals, Adventists, Armenians and a Charismatic Episcopal church. “It is a colorful family of different sizes, but each has one vote and consensus is required – it is not always easy!” Põder adds.

Rev. Anne Burghardt at work in her office at the Consistory of the Estonian Evangelical Lutheran Church in Tallinn.

Colleagues say Burghardt’s wide ecumenical experience, including her role as a member of the governing board of the Conference of European Churches (CEC), will be an important resource in her new role as head of the global communion of Lutheran churches. They also describe her as “an inspiring team member who leads and empowers others,” as well as a “hardworking wife and mother with an exceptional ability to unite all her different tasks into a very sound whole.”

“She is very constructive, always searching for solutions and a good discussion partner when you have problems,” says Põder. “I think that with her strong faith and her good sense of humor, she will be able to meet all the challenges that lie ahead.”