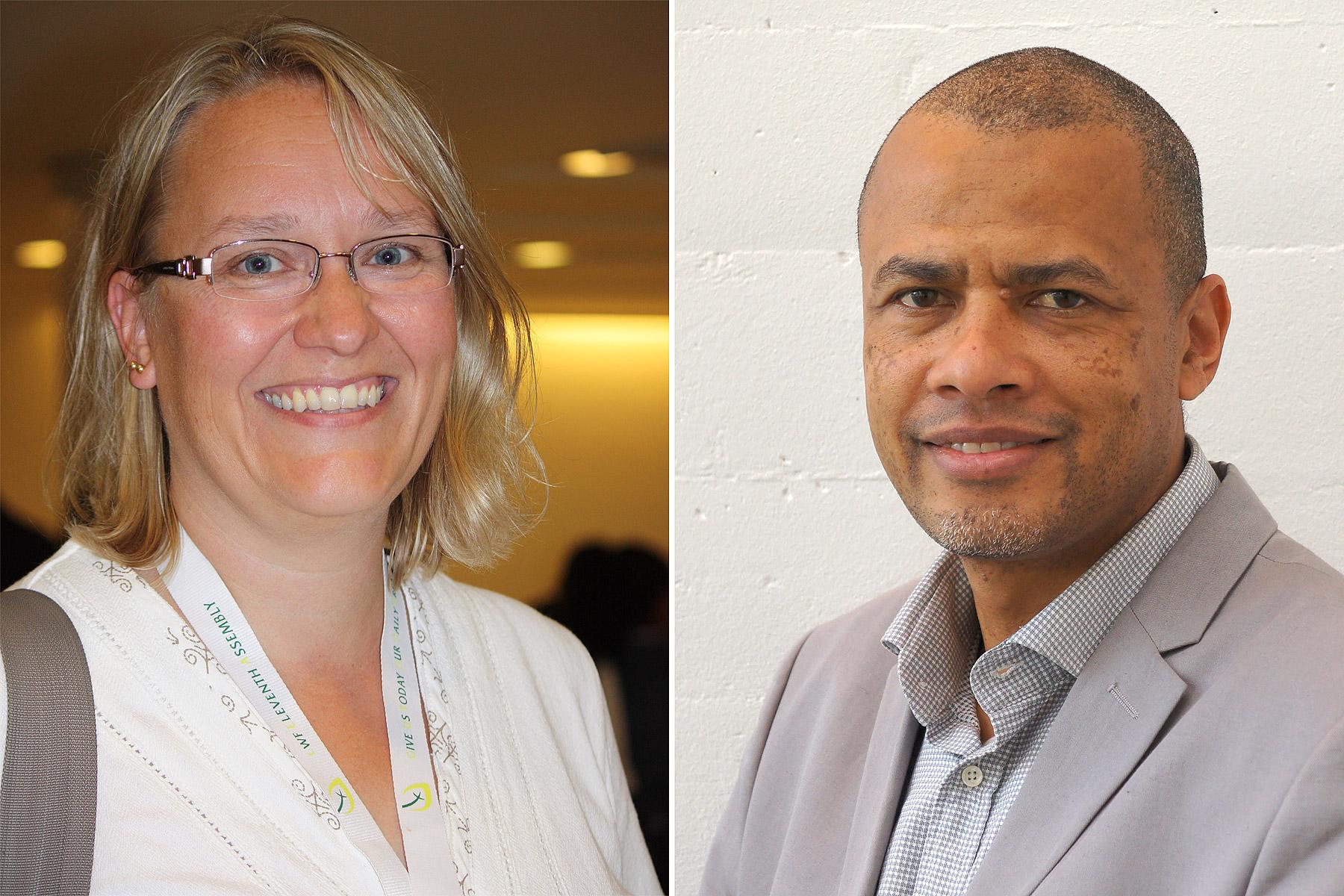 (LWI) – The LWF Department for World Service (DWS) is enhancing its capacity for humanitarian and development aid by appointing two new members of staff, reflecting on a new structure in the department.

Starting on February 1st, Mr Michael Hyden, until now the Program Officer for Eastern Africa, is managing emergency response as the Humanitarian Coordinator. “We are confronted with more and more disasters”, Hyden says, “and LWF has a very good track record in providing timely response. It will be a challenge to maintain that level and to increase our response capacities. We set a very good example with the drought relief in Namibia, and responses to refugee crisis in Jordan, Uganda, South Sudan, Chad and Central African Republic.”

Hyden has been working for LWF since 1994, starting with field service in Rwanda, Uganda and Mozambique where he gathered experience in providing support for refugees. “It will be exciting to extend the Africa expertise to a more global level”, Hyden says. Since 2010 he has been Program Officer for Eastern Africa, but also worked with Action by Churches Together for Development (ACT), World Vision and CARE.

From Council to Global Program Coordinator

Michael Hyden will be reporting to and working with newly appointed Global Program Coordinator Ms Maria Immonen who will take up her position on April 1st. Taking over the position formerly held by Rudelmar Bueno de Faria, she will lead and coordinate the department’s program operations globally. Her position oversees the operational aspects of all World Service programs and the implementation of the World Service strategy in all programs.

Immonen, who has a background in development and human rights, has served as Director for Development Cooperation with the Finnish Evangelical Lutheran Mission (FELM) in her home country for the past six years. She holds a Master of Arts degree in English and Development Studies at the University of Helsinki and holds a degree in leadership and management from Helsinki Business College. Former employment was focused on development and human rights work and she worked as the Program Officer for East Africa in DWS in 2003-2007.

Having worked for DWS before and also serving as a Council Member on the Committee for World Service since 2010, Immonen has a “great appreciation” for DWS which prompted her to apply for the position. “It’s a challenging job in which you can put all your capacities to use. I also appreciate working for the Church, it is a conscious decision I made very early on in my career. The DWS motto of “Uphold the rights of the poor and oppressed” from Psalm 82 is close to my heart,” she says.

In DWS, she wants to focus on deepening a human rights approach to all of the work, including development and emergency response. Adaptation to climate change and strengthening links to the member churches are also objectives she talks about.