Encouraged as sisters in faith 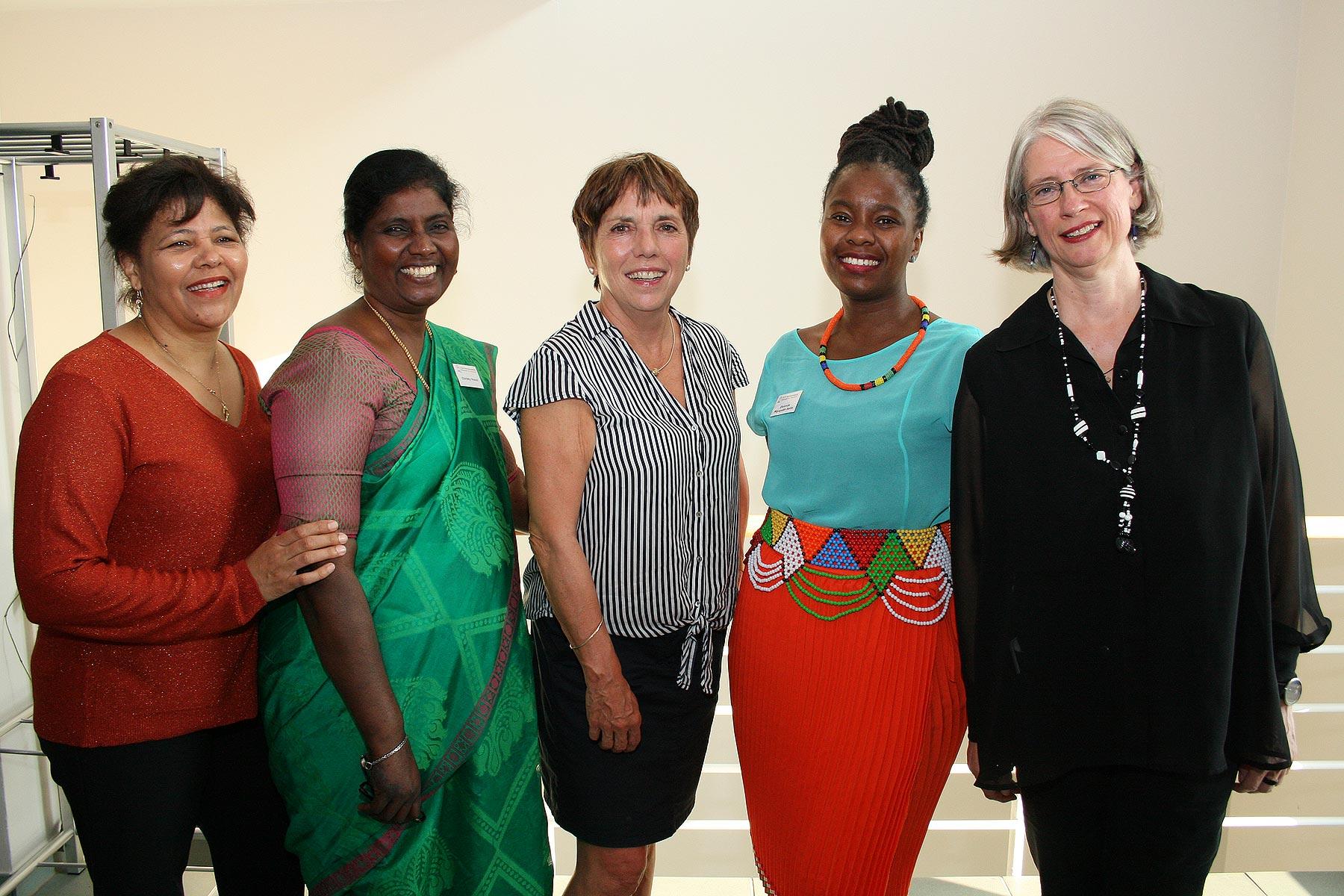 (LWI) – Churches should be bolder and elect women as well as men to leadership positions, because “we, the women, belong there as their sisters, wives, mothers.” This was one of the conclusions of a panel discussion by participants of the summer academy on gender in Hermannsburg and Hanover, Germany, organized by the Evangelical Lutheran Mission in Lower Saxony (ELM) from 20 – 25 August.

Ten women from seven countries (Brazil, Central African Republic, India, Malawi, Peru, Russian Federation, South Africa) serving as theologians or lay leaders in their churches gathered for the event. Based on the encounter between Jesus and the Samaritan woman in John 4, the theme of the conference was “Overcoming boundaries”. The program provided space for discovering “Her stories” to make women’s achievements visible and for an exchange about questions such as: What are our personal experiences as women in our different contexts? Do we have common experiences about leadership? Do we act as role models for others, particularly for other women? What can we do in our churches to develop new perspectives for all?

We, the women, belong in leadership positions as sisters, wives, mothers.

During a public panel discussion four women shared their experiences and responded to questions from the audience.

Dr Christy Ponni is the General Secretary of the Women’s Fellowship of The Tamil Evangelical Lutheran Church (TELC) in Tamil Nadu, India. This office she holds in addition to her position as Professor of the Department of Zoology at TBML College. She is the first woman to hold either of these leadership positions and stresses the importance of education as an important step for women to gain equal rights in society as well as in the church. Even though her church ordains women since 2006 “it is difficult for women to study theology compared to other subjects”, Ponni says. Also, “men still hold most of the decision-making positions”.

Rev. Sybil Chetty from the Evangelical Lutheran Church in Southern Africa (ELCSA) has been a pastor for 21 years. She was the first woman to take up the position in the Durban Circuit of the South Eastern Diocese, following on a mission pastor. “I was well received by the 15 male pastors working in the circuit, but I had numerous challenges in the congregation,” Chetty recalls. Within South Africa, changes were taking place after the first free and democratic elections in 1994, one of them being that people could take up residence wherever they chose.

Having expected a community with mainly English-speaking people of Indian descent, Chetty found the congregation to have many congregants belonging to the Zulu language and culture. “It proved to be a big challenge to be accepted there because I was not a man and I was not Zulu,” she recalls. Also, “it was often the women who had more objections against a female pastor than the men,” she found.

Bringing together different languages and cultures was a task also for Dr Ziyanda Mgugudo-Sello from the Evangelical Lutheran Church in Southern Africa (Cape Church). She has been the lay leader of her congregation’s Women’s Ministry for four years.

Mgugudo and her husband have different backgrounds – she comes from the former Transkei, he is a Tswana – their common language being English. “This meant that we could not go to a congregation which held their church services in a language one of us could not understand,” Mgugudo recalls. “So, we decided to go to the formerly white Strand Street Congregation in the center of Cape Town – they had English services.” This is also where Mgugudo, a medical doctor by profession, discovered her calling to “rally women to take up their place in the congregation.” She has managed to build a network of women who are well connected and supporting each other. “We cannot meet face to face all the time,” she says. “But we can stay connected nevertheless.” Today there is a buzzing WhatsApp group, the women fast once a week and share spiritual encouragement.

Dr Margot Käßmann was invited to the discussion as a special guest. In 1999, she was elected as the first female bishop of the Evangelical Lutheran Church of Hanover and in 2009 as the first chairwoman of the Evangelical Church in Germany’s Council. Looking back at her career from the perspective of her retirement, Käßmann discussed several boundaries she encountered.

Coming from a non-academic background she had to deal with social prejudice when taking up her university studies. Also, she did not have any female role models for becoming a pastor. Many reasons categorized as “theological” did not pass the test, Käßmann found. “Until 1977 ordained women in Germany lost their ordained status when they married. In Zambia it was the opposite: women could not be ordained unless they married.”

Asked about their visions, wishes and dreams for their churches in 20 years’ time, all participants answered with perspectives that included women as well as men. Both Mgugudo and Käßmann would like to see their churches embrace impulses coming from outside: Mgugudo wants to welcome the numerous tourists visiting Cape Town and have “the world in my church”, Käßmann encourages migrants coming to Germany, many of whom are Christians, to “dare to mix” with the established churches rather than founding separate ones. Chetty and Ponni both encourage their churches to elect women as well as men to leadership positions, because “we, the women, belong there as their sisters, wives, mothers.”

At the Women’s Pre-Council meeting in Geneva in June, LWF Vice-Presidents highlighted that while Lutheran women in Europe and North-America have reached top levels of leadership in their churches, they also face the challenges of a patriarchal mind set. 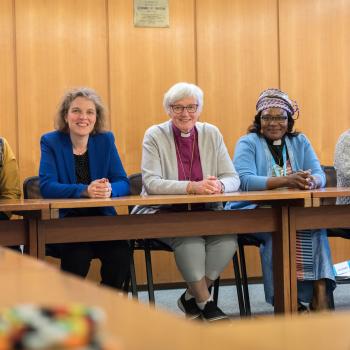 Read more
Working together to challenge patriarchal structures and attitudes was at the top of the agenda as participants in a Pre-Council meeting on women gathered in Geneva to share stories and plan strategies to promote gender justice throughout the global Lutheran family.

The LWF has been promoting women in the ordained ministry and in leadership positions. The communion introduced a 40 percent gender quota in 1984, which applies to all its committees and governing bodies. During the LWFs Twelfth Assembly, a resolution was adopted which urges the member churches to implement the actions set out in the LWF Gender Justice Policy.