El Salvador: “Witnessing migration is one of the hardest things” 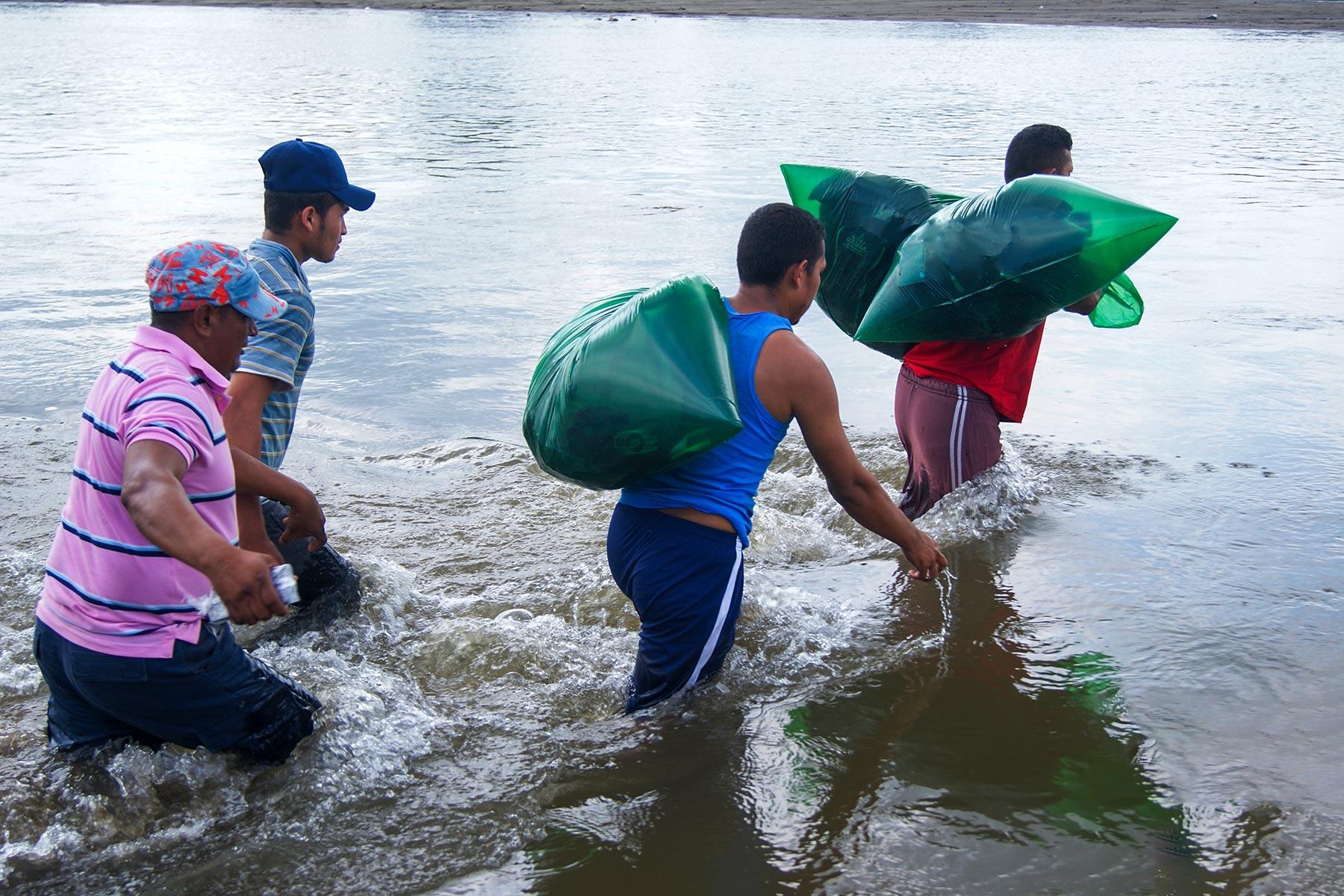 There are many risks on the irregular migration journey from El Salvador to the U.S border. Photo: F. Arucha/ Salvadoran Lutheran Church

(LWI) - A life-long Lutheran and a member of the Salvadoran Lutheran Church, Mr. Fernando Arucha is a marketing specialist trained in communications and journalism who regularly lends his professional storytelling gifts to the church.

In this interview, Arucha tells a story of his work as an audio-visual communicator and shares his personal experience accompanying those on the irregular migration journey from El Salvador to the United States, witnessing the pain and hope that goes with them as they flee the violence and poverty of his country.

Why do you think communication is important for churches and faith communities?

Today we are in a new technological era where we can communicate easily with a mobile phone, but with social media comes more responsibility. Today, on the internet we may hear false information, and as an institution of faith, we need to take a clear stand as the church to communicate the truth. When we are faced with many sources of information, more than one of those may be incorrect. It is of utmost importance that the church has a strong voice, a voice that welcomes dialogue that leads to truth.

What does faith mean to you?

Faith is what moves us, it is presence, it is action. Faith is what inspires me in life. Christianity is the faith that moves me.

The Church is a fundamental part of my life. It is the line that keeps me on the right path. In El Salvador it is easy to cross that line to the wrong path. I think that in all countries it is very easy to cross the line and it is something that is crossed very quickly for different reasons, in different contexts.

My faith challenges me to strive to go in the right direction, to point to the path of good that I am invited to follow. But even within faith communities it can be difficult to maintain faith when you hear or see things you do not like. Martin Luther said, “We are justified by faith.” That faith must be from the Creator who gives us life and not from humans. 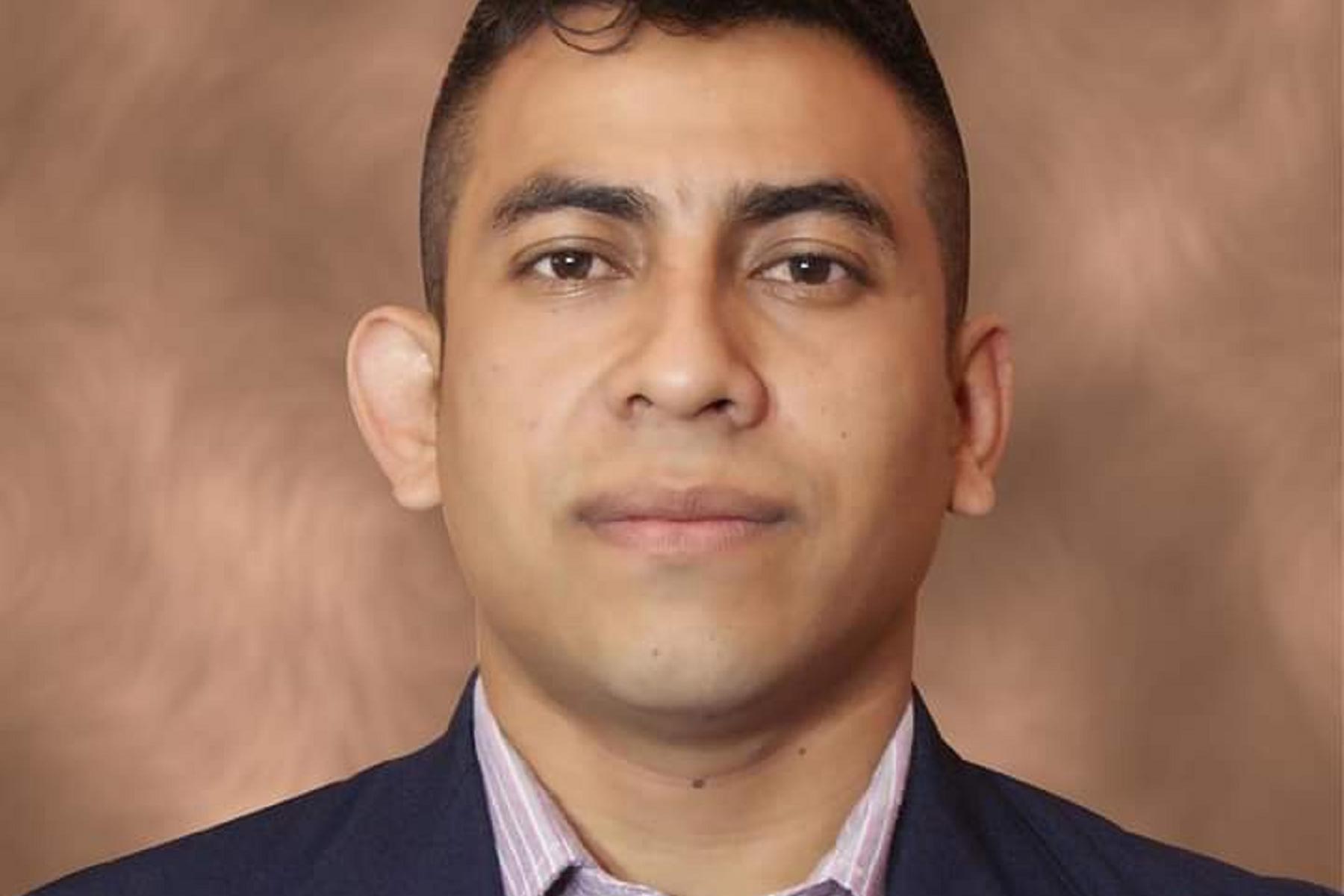 What is “the line” in your context?

If a person doesn’t have a well-rooted faith when faced with extremely violent situations, choosing to stay on the side of faith can be a hard choice.

What are the violent situations in El Salvador today?

The main cause of violence is gangs and organized crime in El Salvador partly due to a poor economy, and there is a rise in social injustices contributing to violence.

There are disappearances, threats and extortions. Some people leave their homes, sell everything hoping to cross borders into a foreign country and take the risk for freedom. If they can't cross, they return to El Salvador defeated, with nothing and with little faith.

Your country has been going through this for a few years, now. What goes through your heart and mind when someone migrates?

My brother migrated to the United States for freedom from the violence here, and for job security. That was a bittersweet feeling for me, because I felt happy that he was going to a place where he could earn a better salary. But as the one he left behind in El Salvador, I still feel sad because I don't know the road he is going to travel.

When a person leaves, there are two ways, alone or with a guide meaning to pay a person to organize the travel – a coyote. They guide groups through the borders of Guatemala, then Mexico, to the border between the United States and Mexico.

To go with that guide, gives your family in El Salvador relief knowing that their loved one is protected. But this comes at a high price. For example, in our country, the minimum wage is 300 U.S. dollars a month. A coyote charges 9,000 to 12,000 U.S dollars per person.

The economic effort is not easy. There are people who give up their homes, their jobs, their cars, their comforts. They leave everything. But there are no guarantees because there are times when people are deported back to El Salvador and they return to nothing.

You are relieved that this person is leaving, but you have that feeling in your heart that you may not see him/her again and you don't know what will happen to him/her in nearly 3,000 kilometers to reach the American dream.

You have witnessed this irregular migration journey, correct?

Yes, two years ago, I was commissioned by the Salvadoran Lutheran Church to photograph and document Salvadorans who embark on the irregular migration journey to the United States.

Social media networks are used to invite people who want to go to the United States in the caravans. They meet in a specific place. From there they all walk to the border of Guatemala, from Guatemala to the border of Mexico, which is east, and from there they cross the Suchiate River by foot to be able to enter Mexico. Normally, they meet good-hearted people along the way.

Some routes are in trailers, trucks and buses. Along the way Guatemalans, Salvadorans and Hondurans join on the road. It is very organized.

Unfortunately, these routes are also dominated by drug trafficking and by the cartels so, traveling in caravans make kidnappings and crimes less likely.

What are the hardest things you have seen and the most beautiful things?

Witnessing people migrate was one of the hardest things, especially seeing children who have nothing to eat, who are cold, who sleep on the sidewalk with only the arm of their father or their mother to keep them warm. The most admirable thing I saw was to see one person with food sharing it with three to four other people. This filled me with joy to see humanity still alive in such a difficult situation.

The ecumenical Christian community is welcoming the migrants on the journey, as well. Many Christian churches - Catholic, Lutheran and Baptist were in Guatemala giving them a place to sleep, a place to bathe, a place to relieve themselves and something to eat. That is beautiful.

What does it mean for your church, for your work, for you to be a part of the communion of churches?

We all want a positive change in this country and in the world. Together, as a communion, we all do our part through advocacy, and storytelling to make a positive change for society, for El Salvador. One of our Christian hymns in El Salvador says it best, “when the poor believe in the poor,” is the moment we will be able to shout freedom. The LWF Communion believes in the other’s suffering, and we support each other, brothers and sisters, Salvadorans, compatriots, and foreigners.