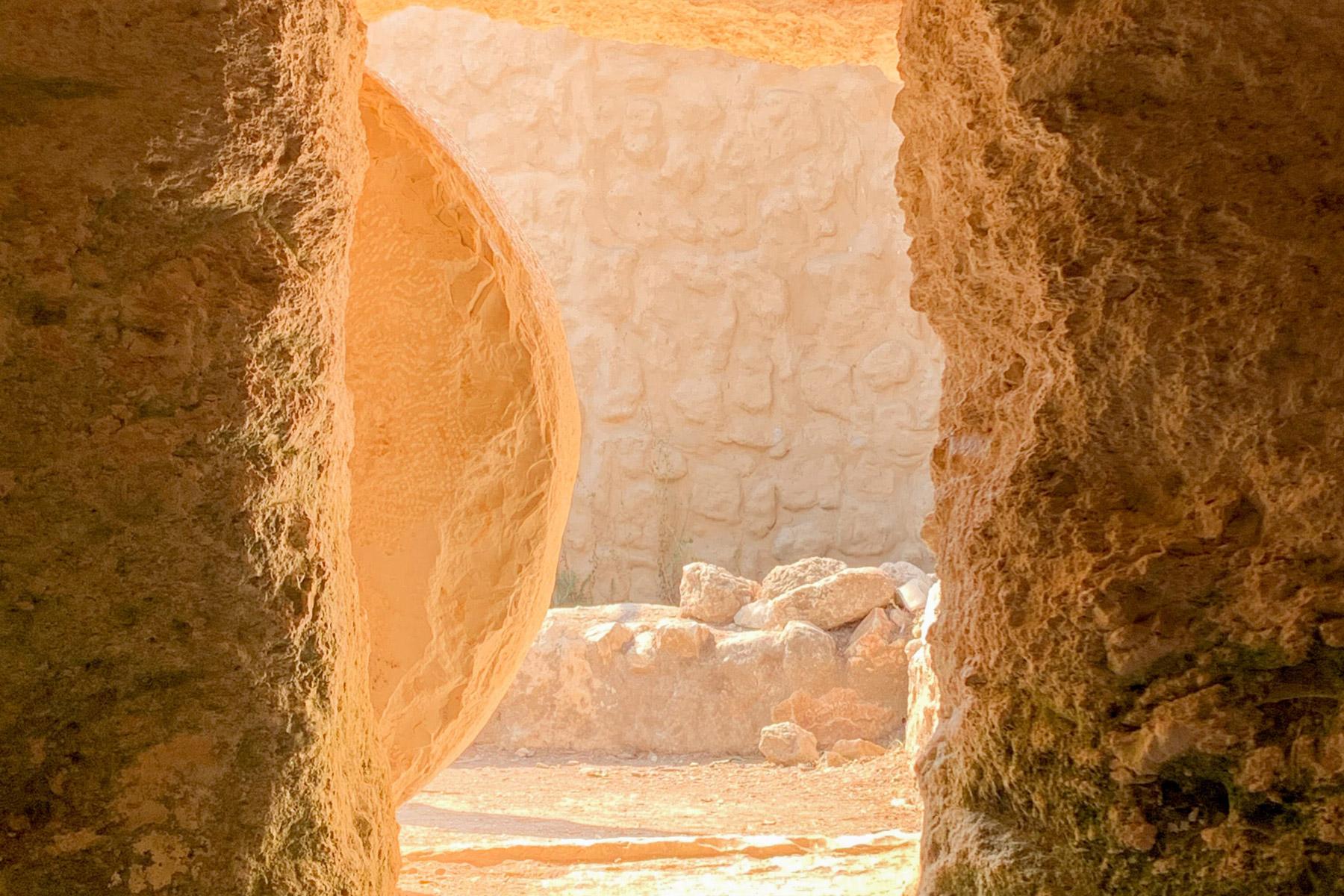 Photo by Pisit Heng on Unsplash

But Mary stood weeping outside the tomb. As she wept, she bent over to look into the tomb; and she saw two angels in white, sitting where the body of Jesus had been lying, one at the head and the other at the feet. They said to her, “Woman, why are you weeping?” She said to them, “They have taken away my Lord, and I do not know where they have laid him.” When she had said this, she turned around and saw Jesus standing there, but she did not know that it was Jesus. Jesus said to her, “Woman, why are you weeping? Whom are you looking for?” Supposing him to be the gardener, she said to him, “Sir, if you have carried him away, tell me where you have laid him, and I will take him away.” Jesus said to her, “Mary!” She turned and said to him in Hebrew, “Rabbouni!” (which means Teacher). Jesus said to her, “Do not hold on to me, because I have not yet ascended to the Father. But go to my brothers and say to them, ‘I am ascending to my Father and your Father, to my God and your God.’” Mary Magdalene went and announced to the disciples, “I have seen the Lord”; and she told them that he had said these things to her.

Dear Brothers and Sisters in Christ,

My favorite story in scripture is the account in John’s gospel of Mary Magdalene going to the tomb. It was the first Easter, but Mary did not know that. She expected death. All the hopes and dreams, the excitement and promise of this new Jesus movement were dashed. The promise of the just, merciful reign of God drawing near, the new political economy of the last are first, the hungry are fed, tyrants are cast down from their thrones, the low being raised up. All gone. A naive illusion of people hopelessly out of touch with the Real World. Here were people on the brink of liberation of the new life in Christ, and it was all gone, silenced by the ruling powers – the state and the way of the world.

In her profound grief, Mary could not recognize Jesus. It was only when Jesus called her by name that she was able to see the risen Lord. Jesus saw Mary. Jesus knew Mary. Jesus spoke “Mary.” It was being completely seen, utterly known, and lovingly called that opened Mary Magdalene to the hope of the resurrection and into a deeper relationship with Christ. Because Mary was seen, she could see.

This is what I call Easter Vision. We have been seen, known, and called by God through the crucified and risen Savior, and having received the Spirit in baptism, we can all now see. We can see Christ, and we can see Christ in our neighbor. No one is invisible to God, and no one is invisible to us. This is a profound readjustment to our perspective. In fact, it is more than a readjustment of former things; it is the reality that, in Christ, we are a new creation.

Imagine living into this reality that already has been realized in the death and resurrection of Jesus and poured out upon all flesh through the Spirit! Imagine the freedom to live lives of integrity – of wholeness – because we have been seen and known exactly as we are and called by name to this new life. Imagine a world where every individual is clothed in the dignity of being made in God’s image, and each knit into one vibrant tapestry.

Of course, we live in a world where this vision is not universally apparent. Yes, we still “see in a mirror dimly.” But God has made us a proleptic people. So beloved, with newly opened eyes, let us be bold to say, “Christ is risen. Christ is risen, indeed! Hallelujah!”

Presiding Bishop Elizabeth A. Eaton is the LWF Vice-President for North America

He gave his life that they might live
news
test news