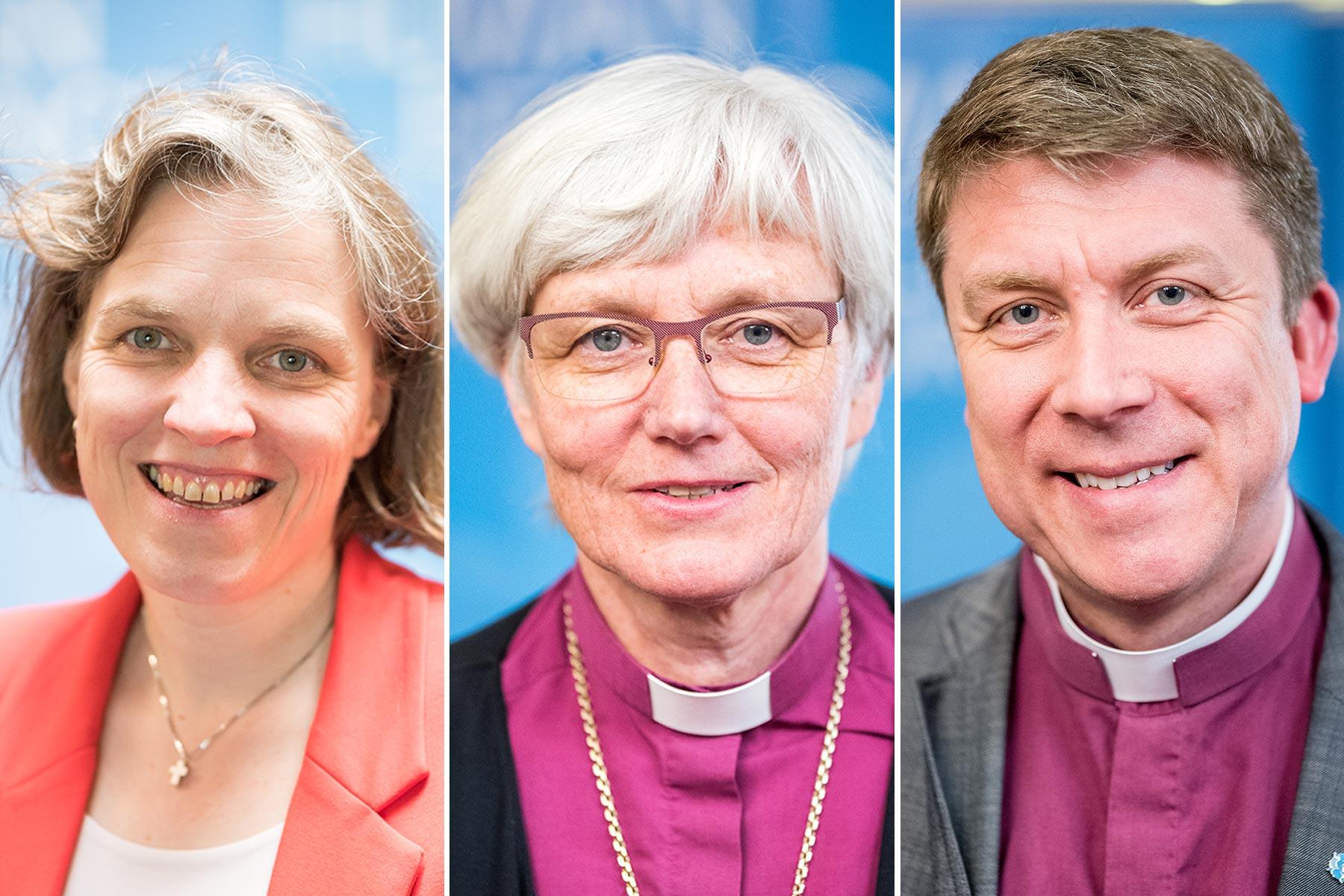 (LWI) - The Coronavirus disease (COVID-19) pandemic accelerated developments and changes that European churches and societies had been facing in the past years. Being church online raises new questions for theology. Sources of income and funding for churches have also been disrupted. The pandemic and changes in European societies require new forms of pastoral care and accompaniment. These are shared observations from church leaders in all three European regions of the Lutheran World Federation (LWF).

On the second day of the online European Church Leadership Consultation, the three vice-presidents presented insights from their regions.

Pröpstin Astrid Kleist, vice-president for Central and Western Europe, sketched developments in church and society over the past years. She identified individualization as a critical factor when it comes to church membership and other “long-term and binding commitments.”

“We are no longer born naturally into a religious tradition, but we decide for ourselves whether and in what relationship we want to belong to it. Sociologists of religion, therefore, speak of a patchwork religiosity,” Kleist elaborated.

But, she added: “the decline in the importance of institutionalized religion is by no means accompanied by a loss of importance of individual religiosity and spirituality,” Kleist said. “However, it is less binding, less traditional and less socialized,” but much more diverse.

Churches will, therefore, have to critically ask, “what open spaces and resources will be needed in the future to be relevant … for the people to whom we feel sent?”

Sharing insights from Central and Eastern Europe, Archbishop Urmas Viilma elaborated on the impact of the “technological jump” the churches had undergone during the pandemic.

“We have seen the development of two churches – an online one in addition to the physical one,” Viilma said, adding that they differ concerning their audiences and forms of participation. “We received good feedback from non-members, who started joining our online worship services.”

Also, presiders received direct feedback on their services as people could easily switch between them, follow music styles and formats that suited their individual preferences.

As many worship activities took place online, theological questions arose: What is “real” and “virtual”? What is the role of the pastor? How do we administer sacraments? These themes require in-depth theological reflection in future, Viilma said.

Pastoral care proved to be a difficult task in the past six months. “It was a challenge not to leave anyone behind,” Viilma said. The telephone proved to be a useful tool in this regard. People – mainly the elderly or sick – who are often living more isolated anyway often cannot easily access the internet.

Burdens to be shared and shouldered jointly

Archbishop Antje Jackelén, vice-president of the Nordic Countries, quoted a joint statement issued by Lutheran and Catholic bishops just before the local outbreak of the pandemic in the region. “Our physical and mental boundaries are being tested by the spread of the new Coronavirus and the developing refugee situation on the external borders of Europe.” Both developments “required personal and shared responsibility across Europe.” “Burdens should be shared and shouldered jointly – if we fail, we lose our humanity,” Jackelén said.

Generally speaking, “diaconal work was quick in adapting to the new situation,” she explained. “Needs were clear: food, medicine, and the consequences of isolation and loneliness.” Overall, interaction and contact with governments and civil society organizations had increased considerably and was appreciated by these institutions.

She said pastoral work proved more challenging, but also resulted in new and creative actions. Questions arose regarding the parishes of a folk church in the region when online services and central helplines “blur the boundaries” between clearly defined geographical borders of parishes.” They are “in demand more than ever”, with the number of contacts rising significantly.

“In the aftermath of the pandemic, we will face economic problems – both in church and society,” Jackelén pointed out. “Digitalization as a means to reduce costs – for administration or to maintain the basic work in congregations – may be one of the ways to be considered for the future.” Also, raising money for international work could be assisted by digital tools.

European Church Leadership Consultation takes place in an online format on 22 and 23 September. Participants from the three European regions of the Lutheran World Federation (LWF) – Central and Western Europe, Central and Eastern Europe, and the Nordic countries – meet to reflect the theme of the conference “Being church in times of transformation”.

LWF leaders: ‘Now is the time to be church’
news