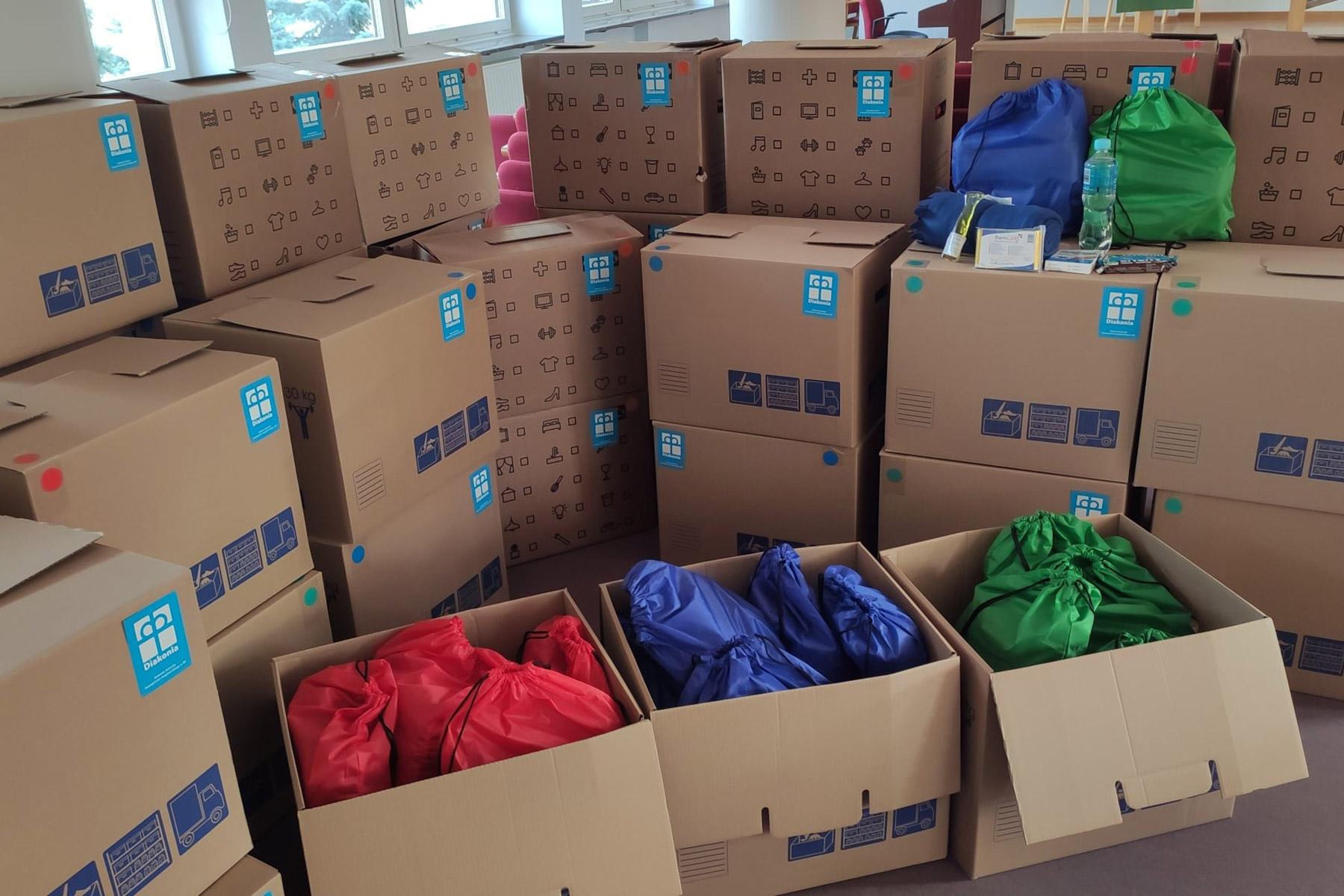 Supplies ready for distribution to the hospital and detention center at the border of Poland and Belarus where thousands of migrants are stranded. Photo: Diaconia Poland

(LWI) - Diaconia Poland, the diaconal arm of the Evangelical Church of the Augsburg Confession in Poland (ECACP), continues to deliver aid packages and support refugees and migrants at the border between Poland and Belarus.

In the late summer and autumn of 2022, thousands of people, many from countries in Middle East, Asia, and Africa came to the border between. Unable to enter Poland or return to their countries of origins, they have remained stuck between the countries with little sustenance and exposed to a cold winter. Media have reported that at least 19 died due to the harsh conditions since the crisis began late last year.

“We want to fulfil the mission of the Diaconia Poland, as expressed in the words of Jesus: ‘Truly I tell you, whatever you did for one of the least of these brothers and sisters of mine, you did for me,’ (Matthew 25,40) and to testify that diaconia is an encounter with another person, it is the practical implementation of the Gospel,” said Wanda Falk, General Director of Diaconia Poland.

In October, the Synod of the Evangelical Church of the Augsburg Confession in Poland (ECACP) issued a statement pledging to “care for the weakest and to stand up for those who have no voice. Among those, migrants and refugees have a particular place in the Biblical message.” 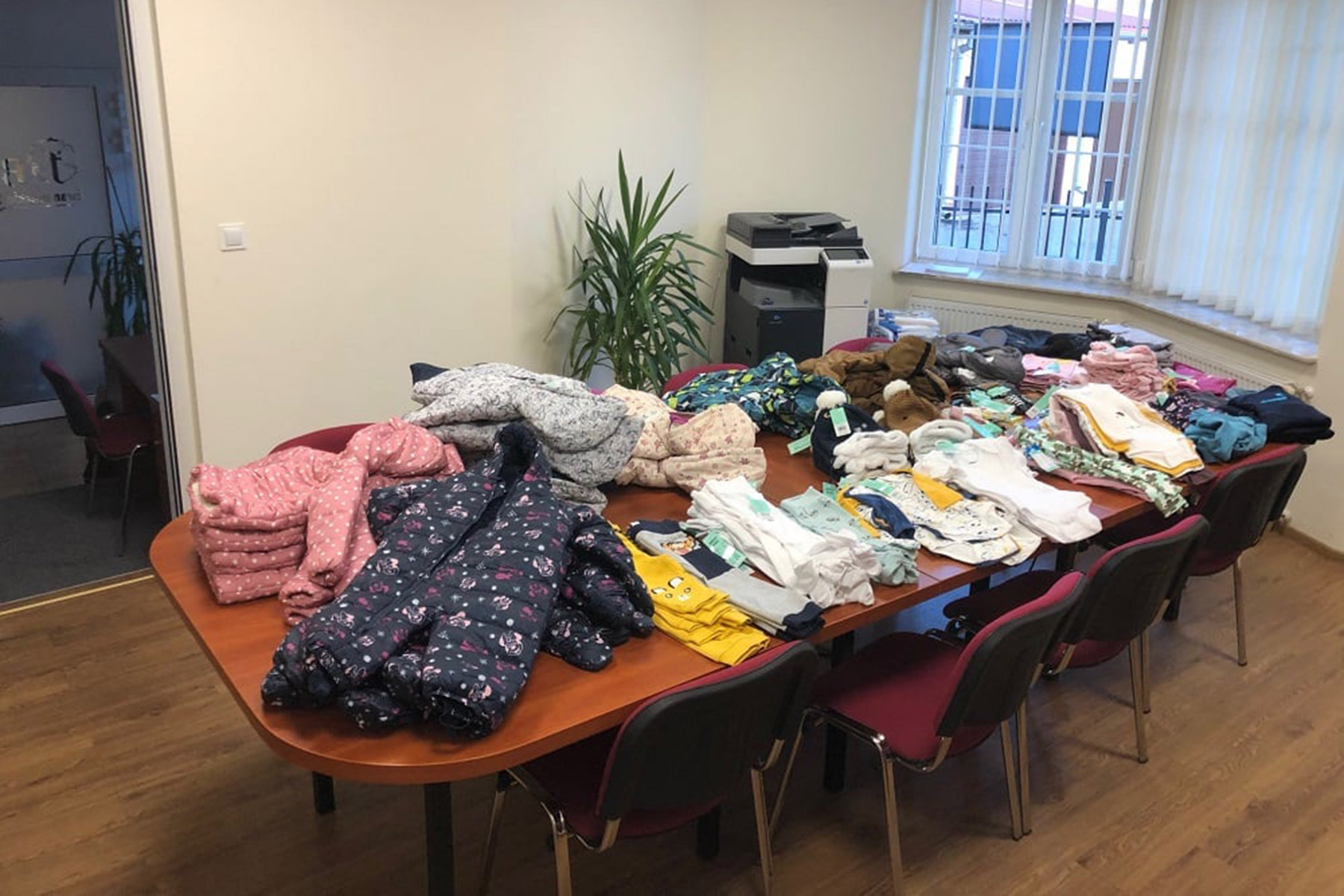 Falling temperatures threaten the health and safety of refugees at the Polish-Belarusian border. Baby clothes were collected for the displaced families. Photo: Diaconia Poland.

The plea to support and care for the people at the Polish-Belarusian border also came from the Mayor of Warsaw, ecumenical and inter-religious leaders.

"We cannot remain indifferent to the fate of those who wish to start a new life far from conflict, persecution, inequality and social injustice,” ECACP Bishop Jerzy Samiec and Bishop Ryszard Bogusz wrote in the call for support.

There was good response to the appeal from the Polish public, partners, organizations and sister churches in Europe and worldwide. 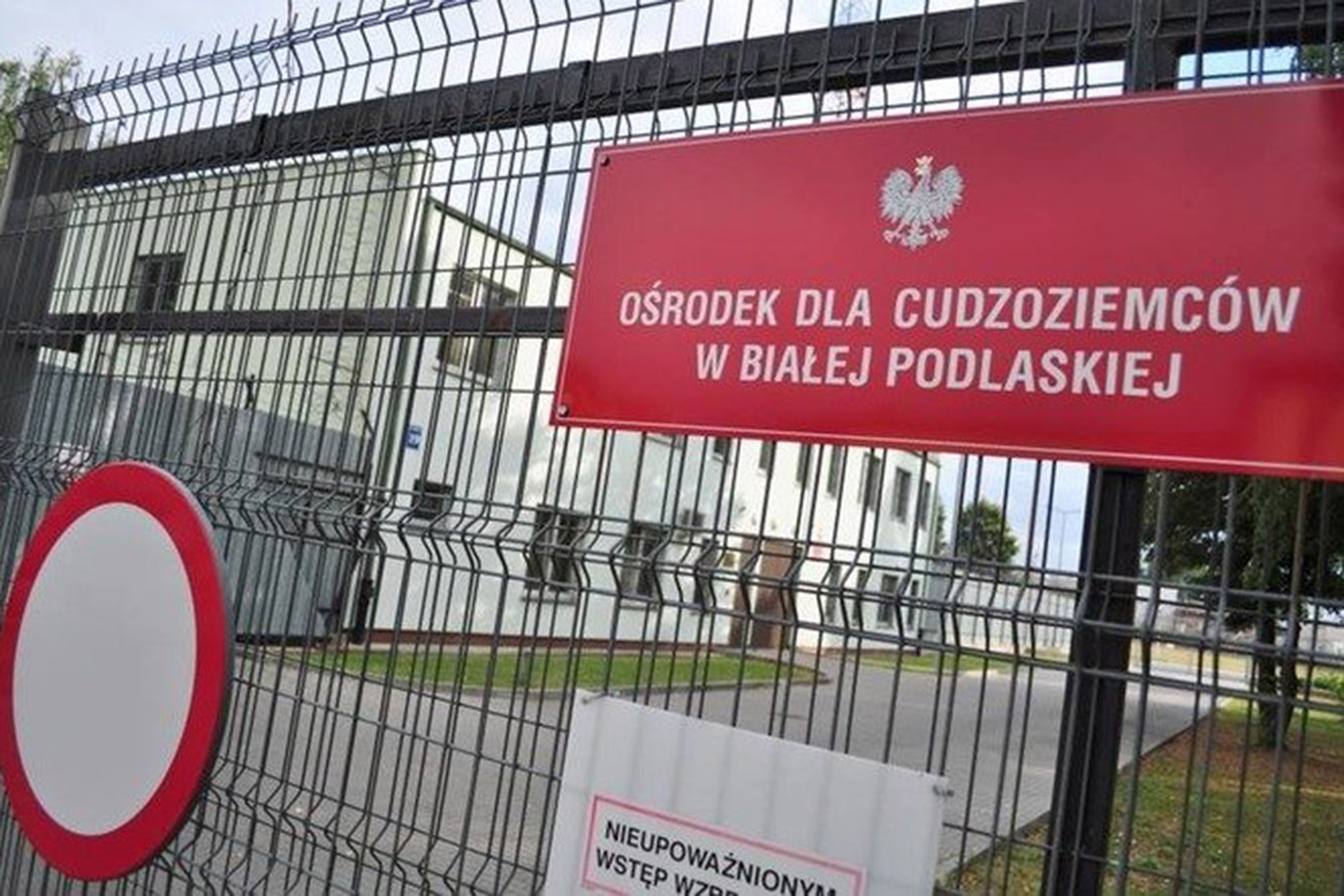 Under the current law, media, support groups, humanitarian organizations, activists, medics and lawyers have limited access to the 3 km wide zone in Poland along the border with Belarus. To ensure a good overview of the situation and provide help to people in need, Diaconia Poland collaborates with Lutheran border guard chaplains, detention centers leadership, representatives of the Ombudsman's office in Warsaw, local NGOs, Lutheran parishes involved in the project, and ecumenical partners.

Diaconia Poland and ECACP have delivered packages to the Hajnówka hospital which is located 20km from the border. The hospital has admitted migrants in need of medical care. These people have been dehydrated, chilled, and sick after days of wandering in the forests. Many have underlying chronic illnesses, injuries and some have COVID. 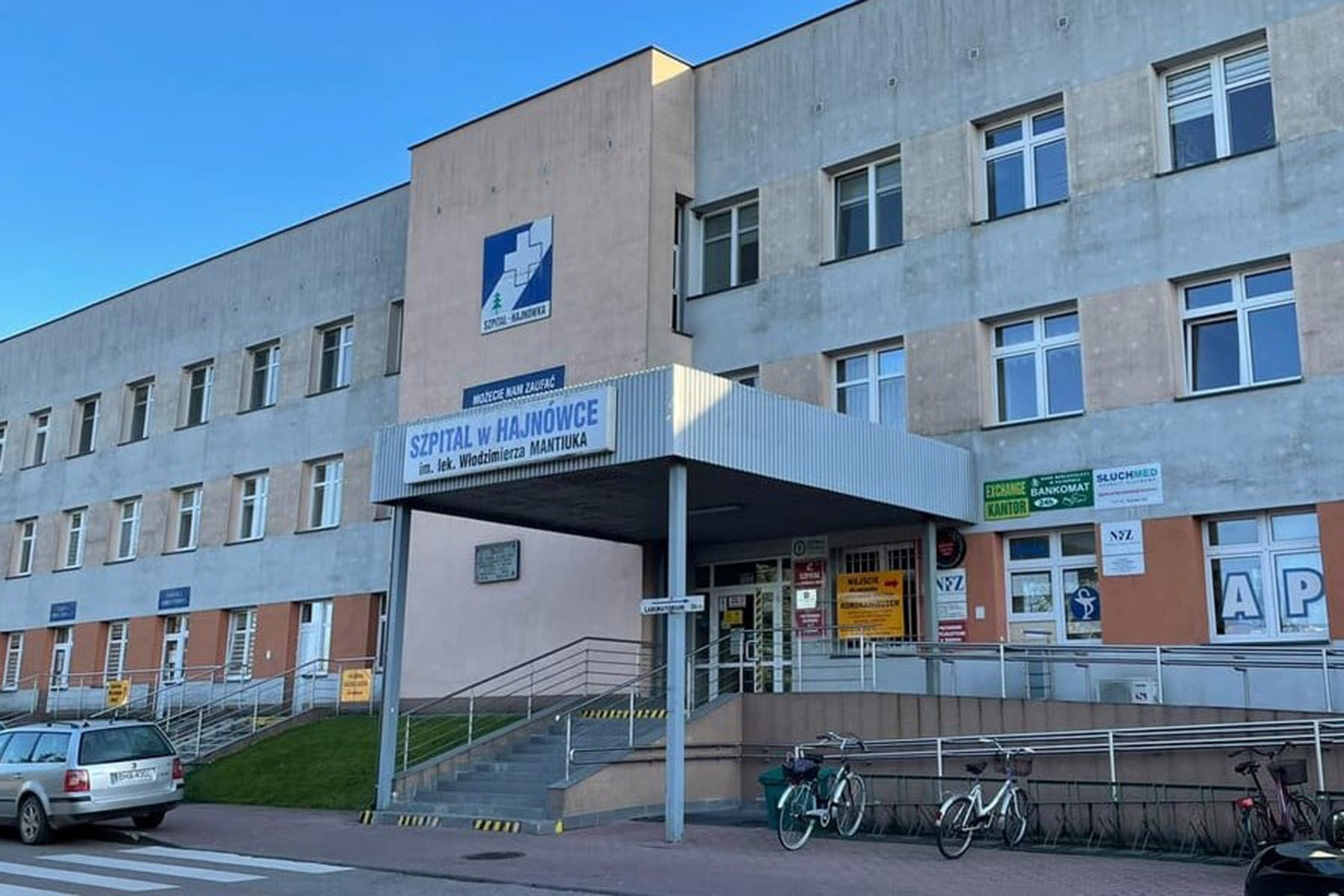 The Hajnówka hospital leadership turned to Polish citizens for support and Diaconia Poland and the ECACP responded with donations of personal protective equipment such as masks, biohazard safety suits, disposable gloves, clothing and nonperishable foods

“This is a very difficult time; it is not only migration but also a pandemic situation. It shows that in our everyday life we have basically nothing constant,” said Falk.

“Some migrants were eventually moved to overcrowded detention centers in Białystok, Biała Podlaska, Wędrzyn, Kętrzyn, and Czerwony Bór where there is also a lack of basic provisions such as clothing, footwear and educational materials for children,” Falk added.

Diaconia Poland and EACAP also distributed aid to the detention centers in collaboration with border guard chaplains and the government Ombudsman’s office which handles civic concerns and investigations. 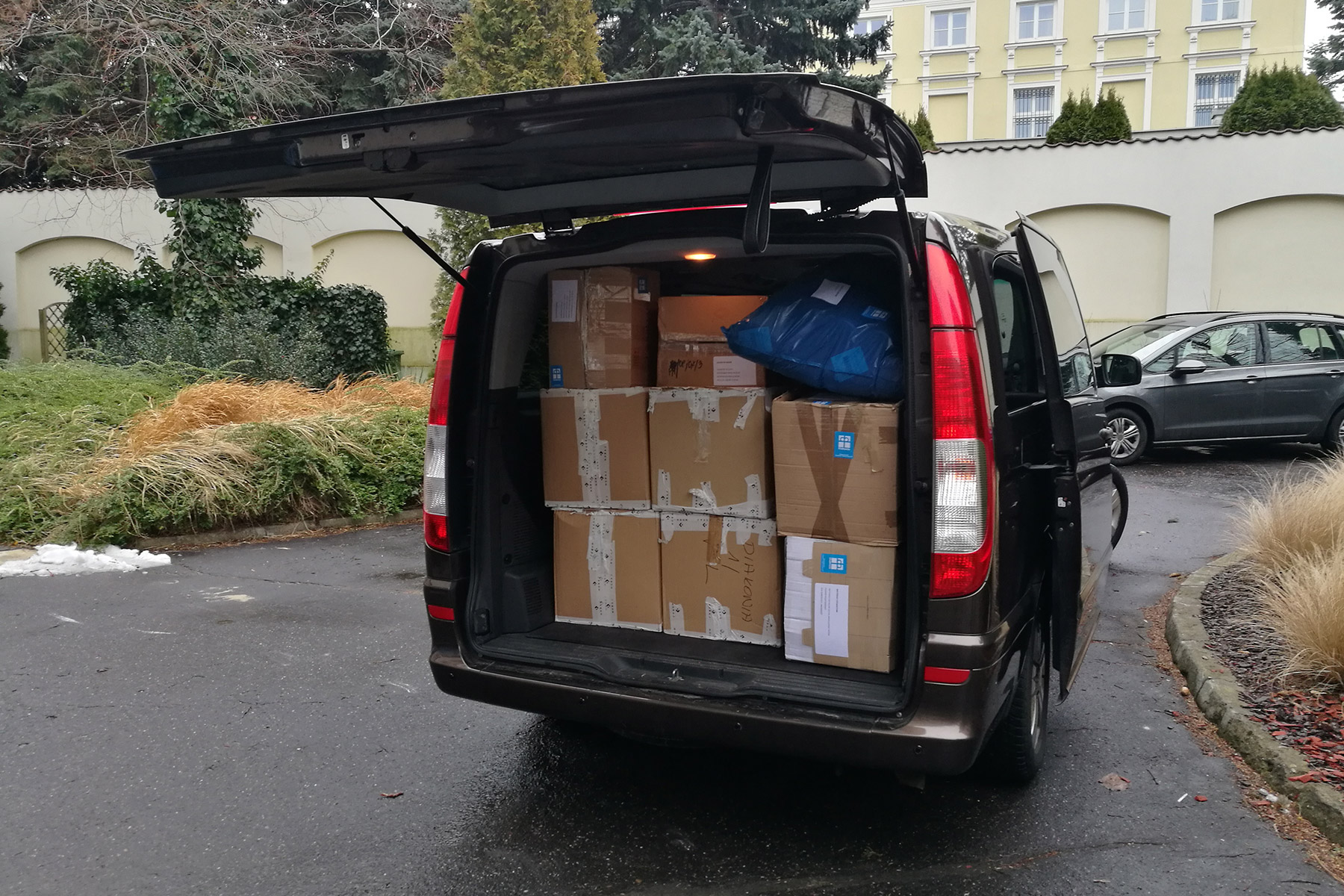 Supplies ready for distribution to the hospital and detention center. Photo: Diaconia Poland.

“Our call as Christians is to make the world a better place, to hope for a better tomorrow and work to change the situation of those in need,” Falk said.

Ukraine: “One minute we’re in school, the next we’re running for our lives”
news